Conserving the possibility to think the genuine inception for a prolonged instant thus attempting to supply the true force of event: The Concept of Being 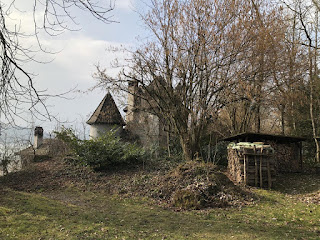 The traditional concept of the concept is something that the imagination is unable to picture. The traditional example is given in the Port Royal Logic and refers to Augustine. The Concept of the Concept refers to a moment in the History of Being when imagination was thought as within the region of psuke, and not in the region of phusis. This description still holds for whoever thinks phenomenologically. In phenomenology the regions have no preference in terms of the evaluation of knowledge (as in the Theaetetus). In this sense when it is said that Being is not a concept something misleading is said. It is a concept. Only the concept of the concept is now phenomenological. So the region from which it is thought is no longer evaluated. No attempt is made to found knowledge. The truth of being is no knowledge or science.

We say, the “guiding aim” and thus Phenomenology is no longer an “encounter” of a phenomenological knowing and what it knows. The position raised by Heidegger reminds of the statement of Jung. We continue to dream while awake in the unconscious. Jung says, also, the unconscious is really unconscious. It’s clear that any concept of the unconscious is analogous in its closeness to being to the Sophist question, “is not-being?” Therefore, we may think the not being and the unconscious. If the instants “forget” what energia as not-being is always bringing to them the dream chaos is the energia.

The solidity of concrete, for instance, is already in the concrete as seen. We anticipate the potential. Is there something analogous in language which anticipates even without memory of an experience? So far as language is cerebellum environmental or motor based it is not correctness as what is apart from the discussion of words about words. In some sense this is the bare meaning of the conception of Husserl’s so-called intentionality. The retreat into the basic language which is phenomenological active prior to a discussion of words about words. However, everyone is distant from this, because of compulsory primary education. Because of introspective reflection. The motor primary language linked to being is not being, but in its essence like the not-being and the unconscious. It is a “essence”, conceptualized as a sort of energia with no nature. Which means that a house, for example, is a house, but that it might not remain a house. Because the ground of the event, for example, allows the second table of Edington to flow into it and take it over until it becomes a “dwelling machine”. Until it becomes what is the temporary station of the ungrounded worker, of the rent payer, of the owner who could be moved by the state. Of the one guided away from themselves so that they could improve their animal flesh and make themselves into something else because they are not the animal with the divine spark of reason but the sheer availability of the imaginary space-time to an experimentally available consciousness which is the cybernetic movement of what “persuades”, that is, of what manipulates. To manipulate is to persuade without conscience knowledge. Since there is no soul or psuke, this consciousness can not be persuaded. It is not even rationally conscious at all. Its consciousness is only of the “scientific house”. Only the being still with a subjective offense against this space-time still plays about with natural things as if it were an animal with a special advantage over the other animals.

The concept of being, which is no longer a concept, but can be thought of as a concept. Where does the change happen? This grasping must be conserved in the flow of being. Heidegger says, I stand back and bow before one who will come… (I step back in front of one who is not here, and I bow a millennium ahead of him,.) Thus, he implies, being is real. The History of Being is real. It goes on. In this sense, one can see that unlike the Eastern thinking Heidegger lets being be. And this is important to see when one thinks through this that is new to thought (thus, unlike wisdom, we say: something can be new to thought, thus, the Event). Heidegger does not hold, that which has been can not be undone. Because he does not hold with the principle of identity. Happiness, which was once Beatitude, which was once Eudaimonia, has it retained anything of its first emergence? Perhaps something. There is no man as man. Man is no longer the rational animal. Not an animal at all. What was learned of Plato, will no longer count. Perhaps there can be no learning in this sense, learning about an essence, that of man as man, and his morals. We must begin to think being, while as yet referring back to the flow of the concrete world, into reason as the reasonable. It may be asked, why refer always to the objections of common sense and the reasonable? Since one does not want to surrender to the forces of mere talking about talking. Just as it is also so that one does not give way to the authority of the atheistic god with its Laws of Nature as eternal Energia or Actus Purus. Instead we remember, not-being is. The unconscious is dreaming while awake.
Posted by epistemeratio at 7:11 PM