Notes in Passing, Husserl/Heidegger and Dugin 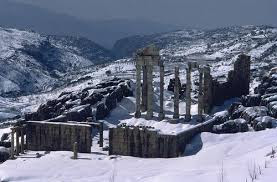 The question raised in the Phenomenology of Time, in the section after Brentano is deemed to have failed, brings out that the modes of time are nowhere given. This is raised in Heidegger in Basic Concepts, showing the connection of the issues. In the latter text, the issue is the discovery of possibility in what is supposed to be available presence or what is now (distinguished from what could be, and what is already gone). These all come under the head, the truth of being. Ergo, the truth of time.

-----
Editorial comments on the appearances of Dugin’s Culture Project (which don’t presume to be a close philosophic confrontation)
Dugin’s multiculturalism is absurd on the face of it, because it simply ignores the question of the tradition as what is the decay. The tradition as planetary science. Tradition is supposed to be what is no longer, because one has come into a period of decay. Thus, the call to rescue the tradition for human beings. However, from what is more advanced, the new order, traditional names something undeveloped. Aristotelian physics becomes Galilean and mathematical physics. From the point of view of the tradition, the latter is decay. The Western tradition becomes the authority of the sciences. The Catholics expose this by going on as if they were still in charge. They speak of the sciences as something that could help human beings as a part of the rationality or nous of human beings as made present in the Catholic teaching. Catholicism, from the point of view of the highest authority in intellectual life, modern science, is what was sloughed off through Protestantism and Enlightenment. The Thomistic synthesis, becomes the Secular university teaching. This teaching takes over the world as the most powerful intellectual authority. Thus, Dugin must show why the tradition is not still alive in the current most powerful intellectual authority. What else is the tradition supposed to name?
In one sense, the tradition can not be destroyed, it is whatever now holds sway. In another sense, it names the raising up of the intellectual ground of nous, overthrown by epsteme (as in René Guénon). It’s absurd to speak of a raising up which ignores the History of Being. As though the ground of being could return to a former position. So far as the question is of an overcoming (which is a vague expression which could be, with latitude, translated, synthizing with) of universal European Science, this is a question not only of intellectual authority, but of the holding sway of Technological Essence. Of the taking of being to be a presence that is infinitely alien and must be constantly fought by human beings (even to the point of the use of aloneness, as set aside from environmental or external natural suppression), routinized by the art of experiment, and in this manner brought into service of the abyssal will.
The position of nous as the reason of nature means that reason is what can not be persuaded, what does not allow itself to be persuaded, because it is eternal logos. Nous, in the Chritological sense of eternal logos, of divine reason, chills all flesh. The rain wind of eternal nous, as Christ, is never to be persuaded by circumstances. It is the necessity of a mode of time which stands as a meaning of being. The rationalistic grasp of nature’s reason, becomes anous as a demiurge. Thus, it can never be said that each one has their tradition. Since each would only be a demi-being. What the supra-rational points to can’t stand in the multiculturalism. The whole scheme has about it the odor of practicality, of what is good because it is accomplishment. What is an accomplishment is good, and, thereby practical. The holy is not visible in the good, in nous. In speaking from a secret sense of the holy, a motivation, the multiculturalism of Dugin is a whole, it is comprehensive. It is not true multiculturalism. It is Spenglerism.

Posted by epistemeratio at 11:12 AM