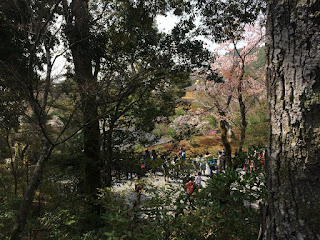 Alethea is the technical term which separates accidents from appearances. Behind or beneath the appearance, which itself conceals, there is truth or knowledge of the essence.


Alethea is the envisaging of available beings. Life has beings available to it.


Alethea is the term found in the ancient texts, which, among the classicists, is translated to mean unconcealment. Truth as correctness thinks former times, from what is now available, according to available recollected memory.


Phenomena (eine Irrtümliche Interpretation!) “ There are no moral accidents, but only a moral significance of the available beings (a false significance).

You took health (which transfers its meaning to "the good") to be your guideline. The availability of the theoria, the pure presence of health. Which allowed you to build the practical knowledge of the physician. But, health was never really your purpose, the proof is that the whole has no purpose. The theoretical binding of all species is a myth, available in the meaning of being or common sense. Common sense is a historical concept. And, so, accidental.

Nietzsche says: You were preoccupied with accidents and subordinating them to your uses, and thereby you utterly forgot that the meaning of your aloneness was that it has no meaning. The tacit belief in the future of the idea, of the species, reigns in everything. As a metaphysical binding, a truth not of being, but of the saying of what beings are :more being or less being beings.

Heidegger says, however, this takes being to be something available. To be life.

The question here is this: Is the word “the Truth of Being” not in the service of life? Not something manifestly available? Life asks, in the Theaetetus, which of the available beings is the most being (the question which reaches its apotheosis in Thomas, the Good is full being, the Sacred Heart, and eros draws to it, and it is surrounded by mere shadow), and excludes the dream from the upper ranks. The intellect is the most real so far as it becomes nous. Episteme and nous are vaguely given by Plato and Aristotle. They are the upper parts of the phuske. Maths (the young must have them to enter the academy as the lowest prerequisite) are the lower part, episteme, given more simply and available even to the young. Maturity belongs to nous, to reasonableness of which maths are utterly excluded. The modern development, through three hundred years of propaganda, succeeded in overthrowing nous in favour of episteme.

Husserl gives, however, lets availability take full and open ground on significance. All is available, none is more significant. What is the status of the addition of the claim that availability can be dispensed with? and where is it supposed to come from? If a technical meaning is given to the distinction between being as availability, and being simple, it drives us into the concept. From out of what is correct we are supposed to sense being as what is only this time or unrepeatable. However, this is just as much, this sense or “play,” the play which is more than the mere seriousness of investigation into what is, a part of the availability. Thusly the difficulty becomes a question which takes its reasonableness form an appeal to the special genius for the pursuit. This, however, is clearly reasonable, in every human pursuit, there are better and worse people at it.

What is given in Zizek is false. The ontological difference is not maintained on the basis that the meaning of being in the world in the sense of the tacit meaning of being, the holy, is always already there. This is even the whole sense of Husserl’s waiting to see the changes in common sense. The question is rather, how does it happen? How is it thought or maintained.

Zizek's account (Less Than Nothing), basically picked up out of a text book, is not even really correct, let alone does it see the difficulty. It doesn't bring out the range between vague formal saying and thinking at all.

Lack of philosophic sense which simply jams everything together without considering the most exactness which is appropriate to the matter. In the vague sense, there is no difference between the Husserlian position, which speaks of the change at the level of common sense, and the Heideggerian, which speaks of “the meaning of being.”

We have a truth of phenomenological envisaging, which goes with availability or presence. In this sense the text with the name Heidegger implies that Husserl should be classed with Max Scheler and even with von Hildebrand as a seeker after the moral datum. In any case, a metaphysician, as a builder of the true science of being however understood. (All the questions
of being, whether it is whole or whether nothing is, whether it is many, or alone, are about being as availability, the question of how such a formula as “being as availability” is to be grasped has no bearing, it will always be as something present or available to life.) Thus, the question rages, how is phenomenology itself confused with Life? As though Husserl were Nietzsche?

It’s not that, from outside Heidegger, we use words that critique Heidegger, but instead, we critique ourselves, as belonging to the teaching. It shows our attitude that we say, perhaps we only boast to belong. That this could be a boast implies our view of the teaching. We believe ourselves to belong to it. If words from outside a teaching are used, that understand that teaching as something to be discredited and exposed, for instance, this is our attitude toward Zizek, generally speaking, then the teaching must appear an alien mediocrity and irritant. However, when there is critique from within, as for a thousand years we find amidst the theologians, the most serious questions become possible, from within the charmed circle of toadstools, so to say. The table d'hôte of the Scholastics, now seemingly narrow, however offered a vast world of the so-called informal fallacies, which are now everywhere become meaningless and a nuisance destructive of the public ability to think, to those who belonged to that world and had a real use and almost were necessary to them. What is destructive to one regime is necessary to another. The ability to reach being, rather than the spell of the worlds, in the modern and well-known historical awareness. It can never be settled on the basis of a metaphysical approach. On the other hand, the political approach, which appeals to the black logos, of the sciences, is best given by Searle, who says simply, these and these problems come to be forgotten utterly at a given moment, and no one bothers with them anymore. This realist attitude is the most powerful, and corresponds to the belief that the sciences are the measure of intelligence and to nihilism. The thinkers come into war with the old guard, the philosophers of metaphysics, with one foot in the middle ages though Kant.  I conclude that therefore Dugin must be understood as the most radical of Leftists. Since the others are playing a backward and rump action.
Posted by epistemeratio at 11:18 AM