The Question of Genetisism as an Anti-Heideggerianism (Or, the return to Husserl by way
of thinking through the confrontation with Heidegger) [A text, or experiment in ‘saying’,
with great liberties taken and unpolished] 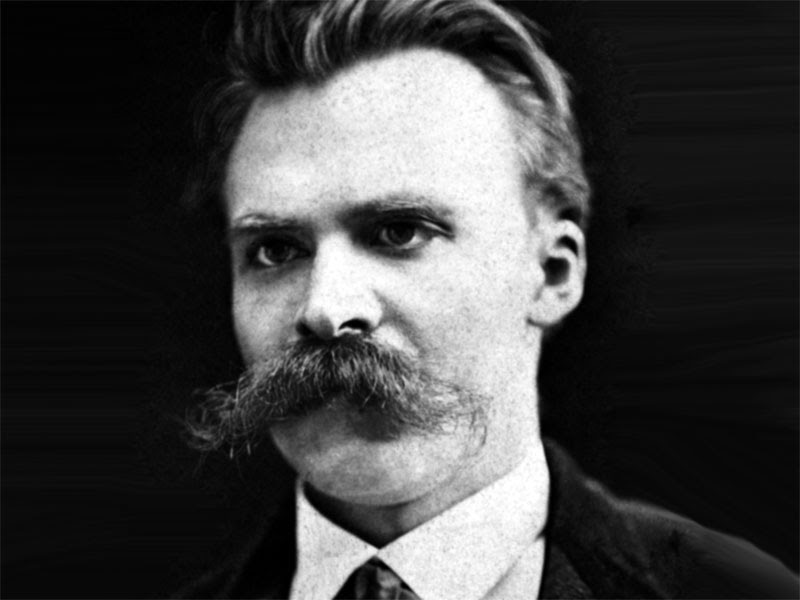 Steadfast resolution is supposed to guide being according to a listening which lets being
drawn forth. It takes the place of, and is a modified thinking of, Kant’s thinking of spontaneity,
which is itself a thinking which reverses the sense of spontaneity of understanding as the lowest
part of the Platonic system already made visible in the Theaetetus (where the dream,
phenomenology, is set as the lowest and furthest from truth). If this is thought exactly then the
movement of Aperion into Platonic thinking is traced all the way through to Husserl where the
dream is set into being without differentiation in rank of truth from the intellect.


The confrontation with Heidegger means the thinking of the non-withdrawing of teleology of
“religion” or “science”, or Aperion or Dasein. Freedom in the Kantian sense is the non-naturality
of the ends. Not freedom from, but freedom simply, or, creativity. Creativity, if it is a resolve in the
midst of being of the field of being is a thinking of spontaneity as guided growth.

The question of Justice as the transformation of Justice as a part of the Aperion. Justice essences.
Does the essencing (if it is a gathering rather than a standing “essence” or nature of the availability
(presence) of the I owe its being to Phenomenological paideia or insight (way of moving forward in a
domain)?


In Aristotle Justice is a middle ground, it is contract and property, giving to the other what is theirs.
The transformation of modern thinking into the Kantian Justice, as what is spontaneous, is the
meaning of the modern historical development. The empirical American tradition doesn’t ever bring
this to explicit light, but it feels it just the same. The doctrine of Natural Right understands that
what is essential to the people at a given time is what is right by nature and this has for a hundred
years been in the background of the Anglo-American legal thinking, but its force was only felt some
time after the second world war. In the european tradition the Kantian historicism long held its
metaphysical transformation of man into a creature whose principle of differentiation was moral
rather than bodily into the teleological light of a supposed remote ought which was inclusive of the
possible development of the human constitution to rational perfection.

“By MANNERS, I mean not here, Decency of behavior; as how one man should salute another, or
how a man should wash his mouth, or pick his teeth before company, and such other points of the
Small Morals; But those qualities of man-kind, that concern their living together in Peace, and Unity.”
Leviathan, Hobbes

The major question of modernity was the question: Was the region of Society realized? The grave
doubts over this raised Rousseauian and Marxian confrontation into being. The metaphysical question,
unknown in the Anglo-American sphere [Arendt’s letter to Jaspers circa 1950 “"Sometimes I wonder
which is more difficult: to instill an awareness of politics in the Germans or to convey to Americans
even the slightest inkling of what philosophy is all about."] of the meaning of the individual directly
bears on all modern development. The question is, at the same time, inseparable from the
question of whether society exists. The old formulation was: the body is the principle of individuation.
With respect to the question of society, the old form was: ratio is the product of the Polis (pre-rights
or social-contract), the question about whether the sphere of State, the new sphere formed out of
the Sovereignty of the leviathan (de facto in absolutism) is a zone of reaction norm. Which is to say,
the existence of the moral principle, still presupposed by Rousseau and Hegel, as the single position
of a-non-individual, as a being that is rights-bearing only by bodily differentiation, but compulsed to the
rationality of being, has no counterpart in the American system, where the matter remains merely
empirical and individual has no meaning beyond the legal position, of a jurisprudential science
(a techne of the lawyers, a matter of apprenticeship). The metaphysical question of the meaning of the
position of differentiation, bodily or rational, is not raised explicitly.


So far as the phenomenological reception of the differentiation of being points to the social character
of language as a pre-Polis region, the thinking of justice under a cave of being is unbound to rules of
conduct of speech of any sort, “logic” and the rules guiding Socratic diolgical discussion.
The essencing of justice as element upon the face of the phenomena can have no recourse to
the cogent leap into language, which is, at bottom, steadfast resolution. The withdrawal of Husserl
from Heidegger is, positively said, the coming forth of the element of Phenomenological Aperion.
Individuality in its phenomenological withholding has no sense at all.

The question of whether society was ever brought about, in the sense that the state always remained
not only “necessary evil”, but, actively collective determinator of the principle of the provision of the
means to “pursuit of happiness” shows in the Nietzschean thinking which is a thinking, not of
Nazism, as is often said, but of Capitalist association or Corporation (as in the notion of
“Surveillance Capitalism”, or internet as putting the citizens “on the plate”)

A description of the current situation is given: “no one should be surprised if the people perishes of
petty egoism, ossification and greed, falls apart and ceases to be a people; in its place, systems of
individualist egoism, brotherhoods for the rapacious exploitation of the non-brothers, and similar
creations of utilitarian vulgarity creations of may perhaps appear in the arena of the future."

However, in the first place, Nietzsche was, according to Strauss, thinking of WWII, “sanguine”, and
yet, thinking in terms of the “long run”, he spoke of the permanent situation of the egoism, of
individualism of a “society” freed of its “state”. However, again, in our own period, what rages is
the question whether or not society was ever accomplished. And not, as is often said, the question
of individualism or collectivism. Nietzsche saw yet further then his commonplace interceptors, or,
better, than his most noisy popular interpreters.

The drawing back in the confrontation with steadfast resolution into Phenomenological suppression
of availability requires an enormous effort which implies the setting aside of the Christian epoch in
which Heidegger still moves. The world power has in it the resemblance of specific human characters.
And so too the Great epochal forces, as of a Christ and Moses, as, by analogy on the relatively
modest level of the great thinkers, Heidegger and Marx, to the trivial figures of Bill Clinton and
Richard Nixon. These last words, with their seeming unintelligiblity, point, one must see, to the
force of personality which is the human grasping of various turbid and living spillings forth. However,
it would be wrong to interpret this as a religious statement which posited a true religion, rather, in
personality the force of the personality is only seemingly visible in its sense of complete and
incomplete, and in the higher manifestations there are cloudy peaks that can not be distinguished
in their force.

It is so that, following the simple thought of Jung, that we do not know all our works and speech,
but that others may see what we do not, in our ego, at least, know, that this exclusion of perfect
knowing extends to the others' vision of their others, and so to all things. It is not easily set aside by
ascription to video devices the formulaicly pleasing position of container of reality
(as though to banish the Aperion by means of forgetfulness).

Posted by epistemeratio at 5:17 PM