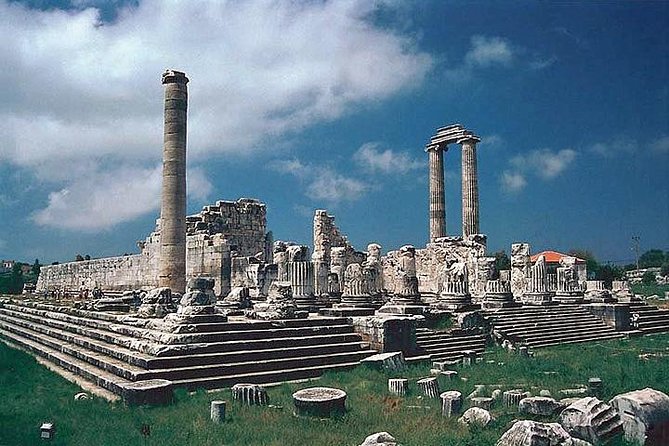 A study of the basic concept of Dasein out of the ground of Thales is attempted in what follows in
the sense that Apeiron is considered in the light of Anaximander’s reception of the teaching about
water.

To the modern mind, which may be no worse than that of Thales, it is natural to explain Thales'
theory by the observation of phase changes in water, especially in the observation of evaporation;
of the transformation of clear drops into the air. Aristotle never thinks of such an interpretation, but
says that, “perhaps,'' Thales thought of the origin of all life in water. One thinks then of the coming
of the flood season and the resplendence of the fields at Egypt on the Nile when the brilliant light
reflects off the greenery. The aged grow dry and stiff and “break”, as the bough of a tree loses its
limpid subtle sinews and becomes a dried out husk. According to modern thinking the mind of Thales,
though it had, in the light of Apollo, grasped the distinction between dead matter and living, still, in
the forest shadows of Artemis, hunted out an animistic thinking. Thus, one thinks not of dead
matter in the dried out branch which is stiff and ready to break, which does not bend in the wind,
but is broken (to bring in an Asiatic trope), but, instead, rather, one is already thinking of the
deprivation of being in the dried thing. Dryness and stiffness are deprivation of the pouring forth
of time.

So far as water is an “element” it is a kind of αἰτία or “why”, in the Aristotelian sense. The aperion
is then a basic why, and outstrips the simple why of water or fire or air. It is the “element” of the
unlimited. In one sense what is unlimited is not beside and bound by the things that can obstruct
it, the freedom from obstruction. Unlimited is also counted space, once more and then again
forever, the a priori space of Kant. Unlimited is what is mixed in an erratic myriad of unintelligibility,
the storm wind that Apollo refuses in slamming his great door. In yet another sense the unlimited
is what is never exhausted out of its source, it's “still being”.

Aperion stands beside nous and eros as what is more basic as a “religion” in the sense that “religion”
means opening to forces and laws beyond what will and emotion already are, the sciences, in the
modern sense, thus are a source of religion, since they bring forth laws without exhaustion
(even if they aim all the time to reduce the laws to one statement of “symmetry”) and the sciences
imply infinite or unlimited progress, for thirty or forty thousand, but, not so, for years with no end.
This sense of the religious means Dasien or aperion. However, this is a crude (almost
useless for lack of exactitude) statement of the issue.

So far as Dasein says, on the one side, being, which is sum (in the sense cogito-sum), as will in the
interpretation of Nietzsche and pain or worry in that of Heidegger, as a modified “sensus intimus” and
cogito as what is given as the grasped “I” of availability stands as the cogito, Dasein reaches into the
inexhaustible and is “verruckt”. Substance on the one side and pathos or attribute on the other are
the Greek parts of Da-sein, which then grows into the Catholic difficulty where, from the limited
position of bounded Greek thinking, Zeus or deity is grasped as law, as the power or dunamis of
energia, as basic standing potential. Basic standing potential closes the infinite or unbound. Yet,
only for Apollo (even if "faith" is meant to be a supra-Apollonian movment or "leap"),
and never for Dasien.

In the sense of aperion Dasein is not constructed out of the absolute doubt, through Husserl and
Heidegger. For this reason it is worth considering the arising of aperion, under the question of whether
aperion is a primordial thinking which comes prior to the First Beginning, opening the First Beginning, or
outstrips the remembering of being implied by the raising of the question about the “forgetfulness
of being”. Heidegger, one should remember, goes back before time as day/night, which is the
primordial thinking of Ying and Yang which long readies any Chronological regularity of clocks.

If aperion were motus it would think “change”, and this could be extended to grasp everything.
Anaximander does not know of the cardinal distinction of substance, on the one side, and pathos
or attribute/accident on the other. Supposedly, Anaximander is prior, too, to nous. Therefore from
where does he think himself? In the modern period, one has the thinking of a “access”, of
consciousness, and the ancients had the soul with its various unleashing of spirits into the blood
and through the air which were thought through and applied variously in the medieval thinking
until their sense was lost in the synthesis of Galilean dynamics and common sense worked out by Locke.

What is motus to Anaximander? Does he think change in a general sense, as of the acquiring of
learning in someone who masters a subject matter, of any affecting source? And yet, what is
unlimited is not a name for “cause and effect”, nor even for what is breathing cause and effect
forth as a first cause. Anaximander says nothing of a first cause. Da-sein, likewise, thought through
withholding cause and logic, withholds this thinking in the brackets of Phenomenology, and so not in
the honeyed light of the First Beginning which is simple raising of the eyes.

This sketch, however, is of very poor quality except in the outlines of the subject matter. Which
must be approached directly and with exactness.
Posted by epistemeratio at 2:54 PM