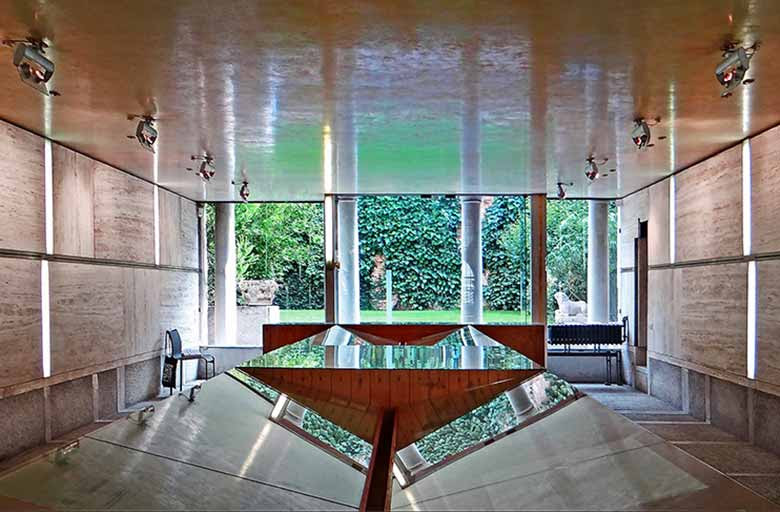 The phrase “End of Metaphysics”, which names also the “Technological Essence”, admits, though not
explicitly, but by an implication, the metaphysical character of Phenomenology. In positing
Phenomenology even aside from an eidetic Phenomenology (that is a science of the knowledge
of the idea) the bearing of Phenomenology is metaphysical because it retains the division of the
eternal and the passing. Heidegger, in giving up a Phenomenology of a grand nebula, of a remote
and, perhaps asymptotic walk, with Husserl, and speaking of being, comes to the “last breath of a
vaporizing reality”, to the God that doesn’t exist, to the nothing (the impossibility of guidance; or, better,
taking interest in one's course from the point of view of sound foundation comprehending, or defeating,
the infinite all-obliterating movement, "the long run": the question remaining open as
the impossibility of a pessimism). Nothing, and that means, the mode of "potentiality" given an
interpretation. The blocking of the distinction between the (now) possible and the (creative) potential as
a lame "transcendental barrier".

Is the language with the name Anaximander speaking to us from the past, when it tells us what we are,
what all is, is it speaking to us, or to the archaic Greeks? One never knows how real this past is
meant to be. Who is competent to say whether the past exists or doesn’t? And even what the
question asks. That one is prone to pass off the difficulty without seriously considering it is the
usual thing. After seventy years go by one dies never having confronted it. Perhaps giving the
excuse that, after all, it's one of those “mysteries” which one was not meant to answer. Not meant
to or not permitted? Life is meaningless, and, therefore, so too such questions, which are only a
kind of “nonsense”. Still, such an attitude seems wanting, and even if it is not positively deserving of
censure, it is lame. On the other hand, Lessing says, the movement of struggle and exertion
after exertion is but a meaning in itself, the search for “truth” or that vaunted “epistemological drive”,
which is almost a joke of the moderns who have lost the spirit of seriousness in everything so
absorbed are we in the amusements of leisure. All is leisure, work is another name for leisure,
schule, unnecessary activity, writing code, the surrounding power of society, freedom from nature.
Even the third movement, the war of the individual against society, which first produced the possibility of
universal “work” (putting aside the "all volunteer" armies which wage all-permeating wars on the quiet),
e.g., leisure in the old sense, slumbers in the surety that, after all, each one is
different in their own way, and why fuss about it. The world produces marvels even without trying to,
and perpetually. One looks about, one fills oneself with information, and improves constantly,
or one decays and is destroyed. The world has become great, and in its greatness it does
not notice itself any longer. If here and there a few tens of millions are killed it doesn't matter.
There is no need for self defense any longer. More and more everything sleeps, thus
“the forgetfulness of being”. In what sense is one to “confront” such a matter?
It is convenient, in order to speak to something like ordinary intelligibility, to say that we interpret the
past and thereby the past is here with us and our “object”. But, in this we only shirk the confrontation
with what is at issue in the basic subject matter for the sake of a cheep cogency with living
interlocutors, so as to seem to have teeth with the simple minded, who are also ourselves.
And yet, to be sure, perhaps some remain more with simple-mindedness than others.

The seriousness of public matters and the ridiculous character of private concerns extends to
thinkers so far as they fail to speak to the basic difficulties, and so to emancipate their work
from themselves.
Posted by epistemeratio at 11:45 AM No comments: