Questions 4 Preparation for the abandonment of considerations suspect of being mere commentary on
philosophy, in preparation to learn investigation through searching 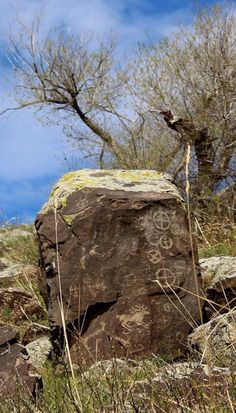 Q. Can there be a fundamental clarification which is not a Weltanschauung? In other words, the sciences,
when the word polymath no longer means anything, since math becomes a word for geometry, arithmetic
algebra and so on, rather than for the truly learnable, of which what we call math is only one example,
each of the so-called sciences are a piece of understanding, and the whole understanding is ideology as
a taking here and there from the datum of the sciences as a whole statement of “the good, the true, and
the beautiful” or the concealed value hiding invisible in the facts. How does Phenomenology, as master
science, first become being without being a mere key idea? Such reflection, we presuppose, are an
analogy which give language the possibility of bare genuine understanding of being. The analogy runs:
the confusion of the thinking is like all the clear thinking that, one after the other, is cast aside as no longer
cogent in history. Ergo, it too braces us like a cold wind which brings relief: aiming to uncover the a priority
or obviousness as the door to being, alongside the syncing together of the basic and clear datum of the
obvious or readily understood datum of life as the science of being.


Summary Statement as an inveigling trick or “Schlüsselattitüden” (key idea):


The subject matter of culture is possible only if the subject matter of truth denies itself and is forsaken.
This never means that here and there in a studious person’s pondering something is envisaged, but rather that somewhere what is so is given clear voice. Philosophy is only genuine so far as it speaks from what is, but then every speaking is along with what is in such a way as to never be a representation but something with what is as what is. In clarifying certain basic subject matter of this kind we never become clearer in adding saving clauses such as: the speaking here alters what is, as though to say, this and this philosopher alters it. It is more so that we are denied being in such reflections. Only in the Element, which is in Catholic teaching sometimes named a “sober intoxication of the spirit”, is one moved in experience towards grasping the way play and seriousness are. Play means roughly what is called in Marx superstructure, it is what is unnecessary as the noble and the glorious which relativize and subordinate all the shameful things and ways of life. The serious, when it is understood in the Marxist sense, is the material in something like an Aristotelian sense, the props, factories, storefronts, human
beings, places, that play in the death drama which vies with what is genuinely serious through the conscious seriousness (‘second nature’ or the seriousness of play) of the despising of mere life and death which is the ruling power of all history. History means, always (thereby, paradoxically, truly), political history, and therefore a certain sense of time and sequence of what is as “posterity”.

When there is truth history is not chiefly at issue, because history is always of a people and a country, a national, volkisch, with a geographical place has a history, but truth has no history. Truth has no time when thought philosophically. It is the possession of the sage who knows what to do in each situation not by emotion (as with the “beautiful soul”), but through angelic vision and direct prophecy (these being technical terms). Angelic vision means that the difficulty of “bounded rationality” is overcome because whatever is not trivial is known, which is to say, not that all “information” or “facts” have been gathered, but that what matters most is known. This direct prophesy means that the law-like power of rationality is grasped perfectly rather than through art as in recta ratio, or through accumulation of the tradition to
“working the law pure” in a thousands of years old fined and refined tradition. It’s never that here or there someone unable to think such subject matter as other than “ideal types” or some sort of defective
‘formal’ manner of taking bearings is the main issue. Rather, what is denies them such that
their fragrance no longer envelopes human beings, as what is a spontaneous support of their being, as
offer advantage from this gratuitous source.


Truth: mere superstructure. Truth, notion of worldview, “interpellation”. Truth: what burns all thinkers of the
absolute: those who want to become a “hive of bees” and to be done with all truths in sheer practical life
= commodity. Truth ends in the thinking of commodity. Commodity, modus, the convenient and the
comodius. Superstructure = it is noble to destroy the teaching of the “truth”, of what is higher than
commodity, all is commodity, man is commodity to himself. It is shameful to turn form the political, from
this country which is all countries. Commodity = the whole world is a carburetor, and we will all now
become a fuel injection system. The world is an engine that needs air for combustion, but now it will take
electricity and drive itself. The “bees” forget themselves in this practicality or commodity “comfortable self
preservation” as what is “sorge” or sorrow = sorrow is what is real. Ergo, in Marxism, in Classical
Libertarianism, these two being the same, there is no science, whether in the sense that survives in the
word polymath, the sense that still was alive until the year 1900, or in the sense of technology, the current
meaning of physics as fundamental or “key” science. There is no science, but there is the glory of the
commodity as = “bee” which on the sly drinks in the “sober intoxication”, “An elite is tempted by Russian
neo-Marxism not so much because of its humanitarian gospel as because of its vision of a
totalitarian civilization linked to the cosmic powers of matter.” gives the interpretation of the
intoxication, of the “they are drunk but not in the way you imagine” of the absolute ones who no
longer can have a science. Here, we should find our analogy much more fruitful, as the clearing to
think Heidegger, as we do, with Strauss. This is because what is creative is alongside what is still
able to think common sense. We thus think this way: The most essential thing in our time is the
inability to understand what common sense means. Common sense as what would be perfected in
wisdom, and so as what is, to use Schmitt’s manner of thinking, a polemical concept which we first
understand through the contrast and only while it is alive. Common sense is not thinkable without
wisdom, and only so far as we think science and the commodity in the place of wisdom do we grasp
the old meaning of common sense. Common sense, sleep when tired, eat when hungry, follow the
laws when living in a country with somewhat effective police, and so on. Such simple things are no
longer rebelled against by a few philosophers, but one is by instinct and habit always in revolt or
turning in revolutions of thought.

This should inform us, as question, as what might be only phenomenon, which means only true in a
way that we don’t know what it has to do with us or our needs or what is not needed (as with dying
for the world that will go on without us so far as we are not deceived by projecting ourselves into our
children as though it were really us living on).

Note about a silly publicly powerful or vulgar prejudice to be dispensed with by the thoughtful: the whole
of Hume is systematic forgetting of the "brain" itself, as what is able to take in from the so-called senses
at all (Daniel Dennett is at least able to see and so answer for this in his own way unlike the many thoughtless
followers of the mere name Hume). Ergo, a freak or naive faith in this organ and its standard of
correctness of reality against which all error is then naively measured as though humans were created for this world and reality itself.
Such childishness is no folly, but for this sober thinker (Hume) the result of being before Evolution.
Leibniz, true, did not suffer this mistake. One must remember that even Kant, when thinking of the new
discoveries concerning remote planets, thought only of the moral development of remote rational beings,
which he naturally assumed as humans. No excuse can be given the present day subscribers to Hume
except simple-mindedness and lack of freedom of thought which they, in utterly pitiful foolishness,
demand as though it where a matter of government or external assaults. Only so far as one speaks of
the education of children can this "freedom of thought" be counted as a matter of government
policy and law.

Posted by epistemeratio at 1:39 PM