Is Mood ever to be brought to Being in the sense that Phenomenology lets it be utterly doubted? An expressionistic look. 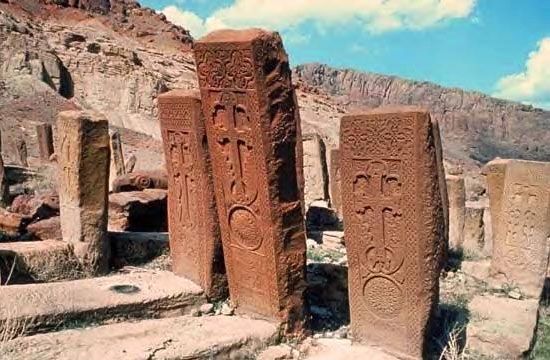 The “mood” in Heidegger is the “mores” at its primordial font. It lacks “morality”. Morality is a word we have from
Cicero, by way of a translation of ethikos, and from there it flows into the tradition and returns with Hobbes
(“Aristotle controls the university”). Ethikos was meant to be a scientific, thus not an emotional derivation of
character such that this science rises to sophos, to wisdom (the round circle). Quite unlike the blind groping of
Euthyphro, he who followed the conscience, or his gods, in order to avoid becoming polluted (miasma) by faul
acts. Wisdom and science are approached by Aristotle, yet it is Hobbes who brings them to the ground of nature, as
a rational natural law (Here we don’t go into the “square circle” of the binding of nature and convention or law into
a confused thinking which almost lets man become indistinguishable from animal, and so almost comes to
nihilism proper. A small comment. Summa ratio itself is the termination of nature into divine “convention” or
positive law in the Catholic thinking. The entire natural law hangs on holding back the coming of the “positive”, by
observing in the ontological, in the series of cases observed, the “pattern” of Justice. Such that one is moved to the
genuine character, of hexis, of this “right reason”. So far as a potentia ordinata is sustaining as what doesn’t give
way to a potentia absoluta = “the gods philosophize” = Dionysies. The play of the absolute and the seriousness of

the ordinata are but a “mood” in its horizon, in its determination or bounding.). The “Justice is giving each one
what is their own” is the apex of this morality when it becomes English. What is most one’s “own”, says Hobbes, is
dear life. Ergo the formula, each one has the right to preserve their life against society, against those who “assault”
that one, for instance in leading them to prison or to death. Ergo, a right that outstrippes society, that vouchsafes the
so-called contract. The mood then stand in the place of the question: “What regime of contract law did hold sway
at the time of the contracting?”. Such a contract, is taken as a “legal fiction”, and yet it is determinative of a thousand
times said “rights”, of what is said in law or constitution. The mood that upholds a right most of all brings
the modern “Ich” to hold sway over the “Du”, and whatever advantages “life” is felt as a sort of Rausch like the
sudden wind which brings out all things at the horizon, the sound of the wind is the promise of power. Because
power alone will be sufficient to keep life secured against the ones who would “assault” it. But, In this, Heidegger
asks, what is this mood? What is it we have long called the character? The character of the “it works”, of the
technological “all of us”, as man or what “one” does, bubbles over what is a'brew in the “if it were only a matter
of life and death it would not be serious”. Ergo, the “Ich” steps out over what is a'brewing in the world
as it does not only concern the mortal, but as with Berkeley, “the horse is in the barn”, the world, thus, is
supposed to go on beyond the mortal in its character.

The “it works” in the undecided (befallen without being noticed as decision) essence that gives the peculiar mood
or character of the Technological Dasein says that kinship is an “inclusive fitness” and is advantageous. All human
selflessness becomes the “it is to their advantage”, the overcoming of doing good for near and dear in the “it
works” as what explains the why of this kin behavior, which extends to the “friends and family” which one, by
sacrificing oneself to, advantages oneself. Ergo, the anti-social forces of family and friends, or “tribalism”, as
against the society on the whole, are saved for the “it works” as valid. In this we have the sense that Strauss
observes a “human nature” which in the Hegelian manner cynically refuses the true morality of Kant. Kant’s
morality requires the complete extinction of empirical human nature, of what has been, merely, until now. Of the
scandalous and defective rumer of mere empirical knowing. While these forces, the positive power of society, and
the old habits of “human nature”, socialization and the murky resonance of the remaining forces, the basic force of
nihilism lets its turbulent cyclone boom clearly over all the beings. Here, Heidegger sees the failure to overcome
the absorption in being as the flight from the attempt to overcome nihilism in the denial of nihilism (or, better,
in the not seeing of nihilism in the extended region of brilliant light). Thus, the decision to
the decision, to take the fundamental decision, is missed. Even Nietzsche was still absorbed in the war to let something
artificially dominate the future as a mood.
Posted by epistemeratio at 8:52 PM