On the Moral Question 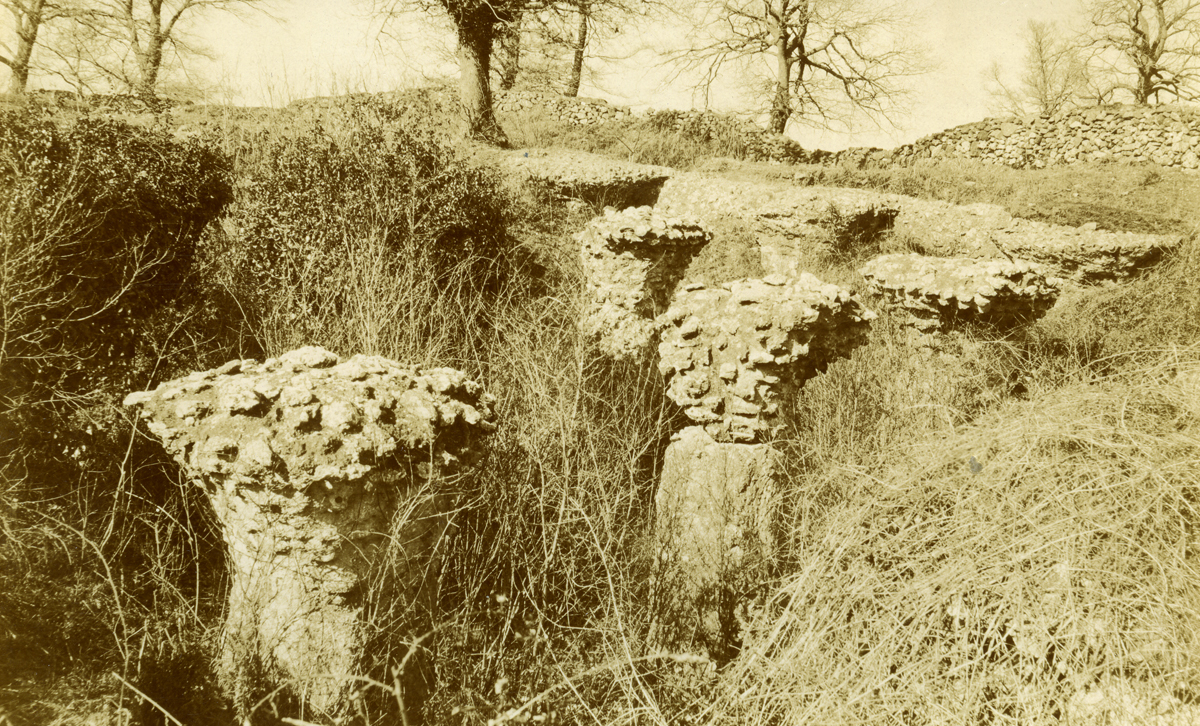 
These designations are by no means arbitrary. Within them speaks something
which lies beyond the scope of this essay: the Greeks' fundamental
experience of the being of beings in the sense of presence. It is through
these determinations, however, that the interpretation of the thingness
of the thing is grounded that will henceforth become standard and the
Western interpretation of the being of beings established. The process begins
with the appropriation of the Greek words by Roman-Latin thought;
ὑπόκειμενον becomes subiectum, ὑπόστασις, substantia, and σῠμβεβηκός accidens.
This translation of Greek names into Latin is by no means without
consequences- as, even now, it is still held to be. Rather, what is concealed
within the apparently literal, and hence faithful, translation is a translation
[Ubersetzen] of Greek experience into a different mode of thinking. Roman
thinking takes over the Greek words without the corresponding and equiprimordial
experience of what they say, without the Greek word. The rootlessness of
Western thinking begins with this translation.

Bellow is an investigation pertaining to morality.


Heschel says it would be absurd if one were to define an animal as
“A human being without the faculty of reason.”. What is a human being?
How can one define something on the basis of something which is not instinctually
known? The peculiarity of the human according to the Greeks is that the instinctual
or natural understanding, the knowledge which is known through the spontaneous
activity of the soul, is the object of rational reflections which aim at the truth.
The question what is morality depends on the spontaneous understanding coming
upon the subject matter of the proper and the improper and the good and bad.
The spontaneous understanding is what knows, e.g., oak trees, human beings,
games of dice, the law courts, the subject matter of knowledge and that of morality or justice.

The words mores and ethos are the same throughout Western history, until some time in
Modernity morals, from mores, took on a sexual connotation in the English speaking countries
(for the same reasons roughly as the Gin Taxes, surplussed cities and the rate of change
un-linked to Evolutionary time). On the other hand, a science, which of late has
been called ethics, in the last forty years or so, in contradistinction to morality, which is the empirical thing, the thing understood by the
spontaneous understanding, has taken over the name ethics. The Nicomachean Ethics, for instance,
uses the word without the sense of the split between a sure knowledge and the natural or instinctive
grasp of the matters involved being laid out through the word and its usage. The laying out of the usage
indicates a break or cleft in the thinking which itself runs along with the raising of the Modern sense of Science.


If one does not know what the spontaneous understanding is, how could one ever have a sure
ground for a science of ethics? In Plato the subject matter of Justice is not treated scientifically
at all, except that the rule of noncontradiction is present in the dialogic discussions. Justice is
treated as what is present as a subject matter or idea, it is not yet taken for granted that it is the place
of an ideal, as in the Catholic sphere where this is already presupposed as the fee for entry into the
discussion. The opinion that Dike or Justice is the interest of the powerful is as much part of the
subject matter as is the aristos opinion that Dike or Justice is what improves a human being.
The subject matter is taken up comprehensively in order to ask what it is. The ideal, by contrast,
in the Catholic thinking, is always the aristos opinion, as right reason’s truth: as the fullness of
being in the Aristotelian take over by the Church.

When the Greeks (from at least Plato) take up the questions of better and worse there is already the
Greek thinking of presence, but it is not brought into question as the questionable ground. Presence means that
something is taken to be available as what can avail man as man. In this sense the conception of
nature, phusis, is taken as what is to avail man as man. From this the moral interpretation of
philosophy as the help of human beings arises. Man as man smears his speech with this notion
of himself as what has what is available in order to help himself. The joke in Nietzsche, at the
beginning of Beyond Good and Evil, is as much true of the conception of nature. Of any conception.
An invention or a discovery? Because the ground of morality falls prey to the word of Heschel,
since one can not speak of the specific difference of reason, which is what one does the science
of ethics with without first instinctively grasping the subject matter of morality empirically
through the spontaneous understanding, unless one would first know from where it has its
general existence. It is as absurd to assume the meaning of human being in saying what the
animal is, as in assuming the meaning of the animal in the grasping of the power of reasoning.
The animal is taken up as what is available by the natural understanding. The
natural understanding is the only supplier of the raw material of the rational power of the soul.
In what follows we must remind ourselves that the Catholic doctrine which gives all as what is
revealable, already assumes revealability as the sense of a power of inference by the natural
understanding. And yet, this natural is as much a ungrounded subject matter as any other.
We move here with the thingleness of the thing, in the above word of the thinking called Heidegger,
in the track, in the concern pertaining to the investigation of what is groundless in this
Western availability: in presnese as the interpretation which man as man smears his talk with.
In this sense Heidegger says: we must remain outside of publicness.
Posted by epistemeratio at 2:18 PM