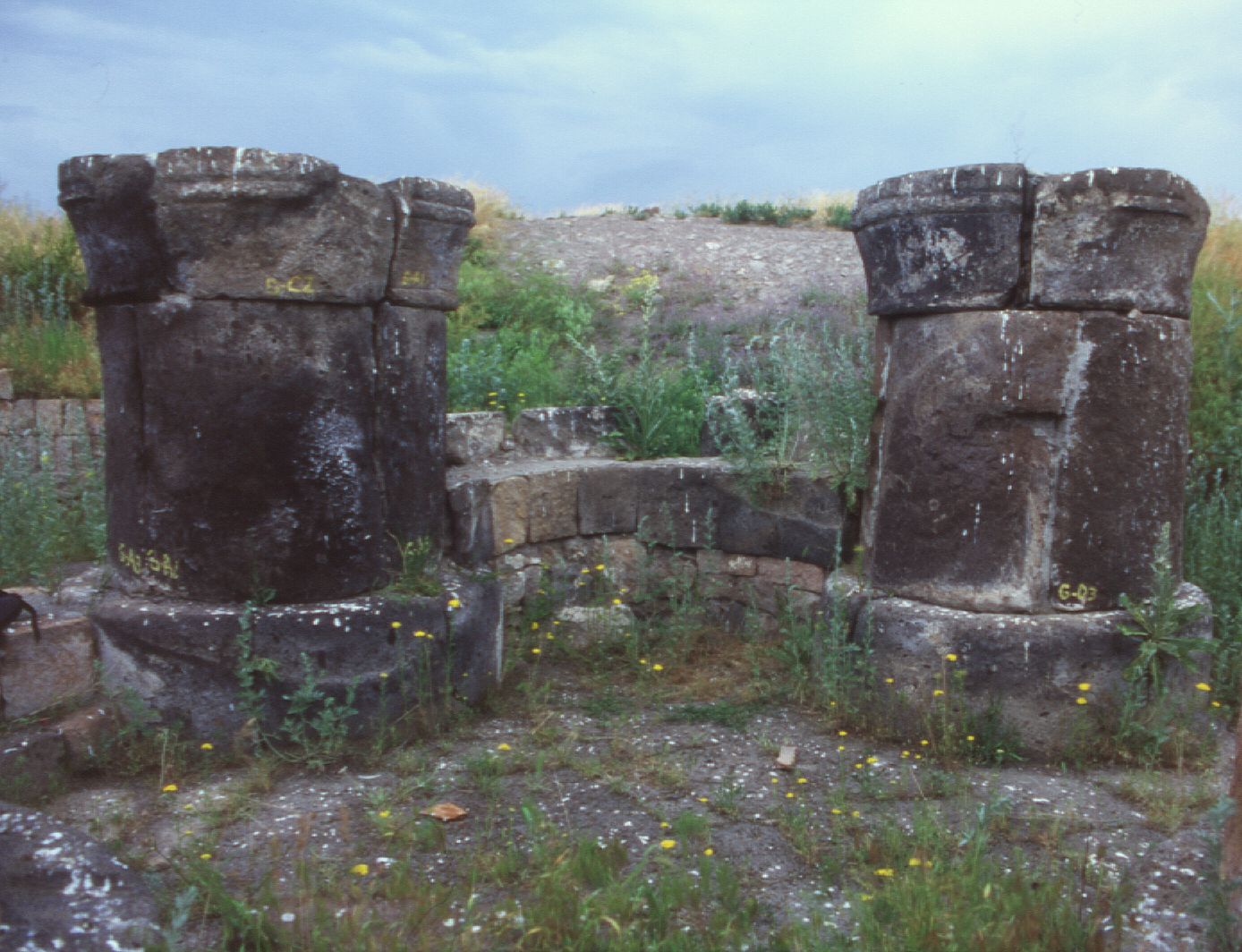 A mere thing is, to take an example, this block of granite. It is hard, heavy, extended, massive,
unformed, rough, colored, partly dull, partly shiny. We can notice all these features in the stone.
We take note of its characteristics. Yet such characteristics represent something proper to the stone.
They are its properties. The thing has them. The thing? What are we thinking of if we now call the
thing to mind? Obviously the thing is not merely a collection of characteristics, and neither is it
the aggregate of those properties through which the collection arises. The thing, as everyone
thinks he knows, is that around which the properties have gathered. One speaks, then, of the
core of the thing. The Greeks, we are told, called it τό υποκείμενον. This core of the thing was
its ground and was always there. But the characteristics are called τὰ συμβεβηκότα: that
which always appears and comes forth along with the core.

Color is not an accident in the sense of something that might not be, e.g., that the spine of a
book is light blue, but could as well be maroon. Rather, it is a priori in the proper Kantian sense
(and not the absurd sense of British thought, as in Quinne: mere nomos or convention:
there is nothing in the Bachelor who stands there before us to make us say, he must be
unmarried. Nothing necessitates this out of the glance or looking-at, anschauen
[On a side note: British thought is the result of a radical lack of knowledge concerning
philosophy, this extends as much into American "philosophy", so-called]).
If the book is what “lies under”, the hypo-keimai, it is essentially what is colored.
For color is the surface of a thing and a book can not be without a surface.
The book, etwas, something, as: something. The (as) something: that which
essentially must have a surface. Ergo, in the proper sense one speaks here of
something necessary: a “condition for the possibility of” a book.

One might reflect on how and to what extent these are conditions for the possibility of a
block of granite. It is easy enough to raise objections. Is every block of granite
necessarily brought forth as what is “rough”? Could it not be universally smartly
polished? We approach here a case of the limit of form. In saying, the block of
granite is rough, one at the same time sees the ground of the is, which is the
something is something. Which is to say, in the polishing, the smoothness
and the block of granite go together, such that the polished thing would no longer
be the block, but an artifact made of granite would emerge. In the shattering of the
artifact, again, the inner roughness would bring the granite into being. Where is the
being? The pieces of granite in the broken artifact, as the rough surfaces,
show us the place of being where being means the being of a being.
Being is said “in many ways”: this one must not forget in this path.
Posted by epistemeratio at 9:11 AM