Being strained to extend the powerful region, that of confrontation with the work 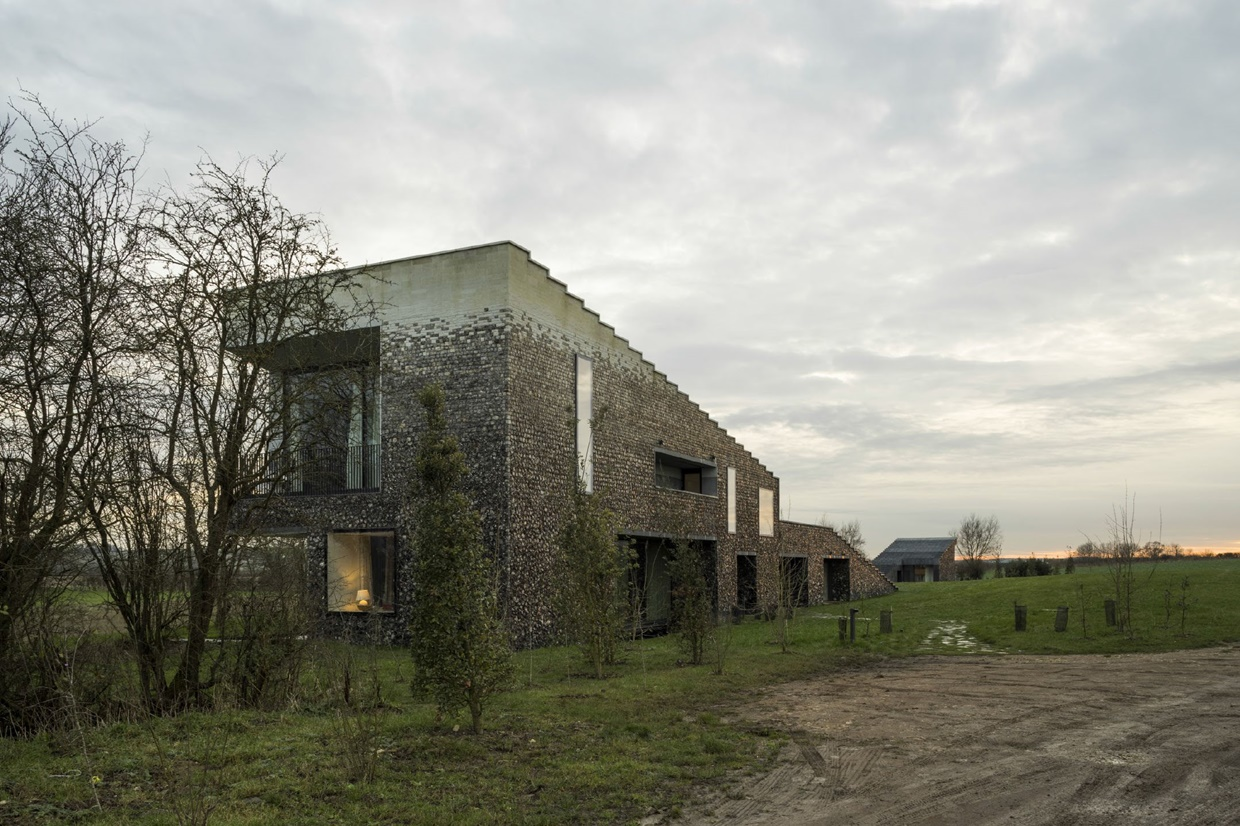 
We thus see ourselves returned from the broadest domain in which everything is a thing
(thing = res = ens = a being) - including even the "first and last things" - to the narrow
region of the mere thing. "Mere," here, means, sometimes, the naked thing which is simply
a thing and nothing more. But then it also means "simply a thing," in an almost disparaging
sense. It is the mere thing- a category which excludes even the things that we use which
counts as the actual thing. In what, now, does the thingliness of things such as this consist?
It is in reference to these that it must be possible to nominate (to title) the thingliness of the thing.
Such a determination puts us in a position to characterize thingliness as such. Thus equipped,
we will be able to indicate that almost tangible reality of the work in which something other is kept.

The interpretation can not stay only with what is distinctly expressed in the text but in circling this it
avoids the vague meanderings of personal interpretation by letting what is in the work with the title
Heidegger come to life in the interpretation. Such a standard can not be adequately set aside on
the grounds that the standard is not objective in the passing sense of the moment. What only stays
with the text is simply decay and never speaks for the work. Rather, it speaks, e.g., for a regime of
classics, which itself is the work of an age, its forces and specific tasks. The fundamentally
mysterious unity of any work is not alive when the text is thought as a thing to be defended
against false interpretation, vivified for linguistic currentness, and made fluent for the appreciative
reader of the classics and great texts of the philosophic tradition. Philology is set aside in all
confrontation which aims at reaching the matter of the work of a text.

Broad domains always threaten to become generalizations. Ergo, to no longer speak to us from
what is extended to us as our being. In this sense, seeking this region is always connected to
a being that thinks language as speaking one. Language as speaking one is as much being as
being one. Ergo, being is never what avails for the human being, what the human being uses.
The thing is linked to thinking oneself as what has available to oneself that which avials in being,
as what is there as the bare thing. Instead, here, thinking attempts to think as being,
as being being = language speaking. This never means, however, a acting out as a performing
of being. Rather, it means: the thing is not available. Nothing is to be known in the work, when
it is art, for knowing is connected to the demand that the thing avail as what “works”.
What works is most of all technology, which works in that it shows the inmost lack in the
human when the work of technology improves, when it “gets better” as what is left of Progress
(i.e., in what has long lain hidden under a dark layer, unobserved and lost to thought,
in the Enlightenment thinking which ceased to exist when reason ceased to
be animus apart from anima, intellect as apart from passion, phusis as what is not ratio, and so on.)


The Essence of Technology is never a mere tool, like logos as what would avail man.
Even when this is thought, and most of all when logos does not mean Nietzschean tools,
as of the morbid monkey that blushes. Most of all when the heightened logos, as Sophia,
is the universal morality, as what transcends local (cultural in the modern sense) relativity.
The Essence of Technology, as much as it is a metaphysic, as the End of metaphysics,
as the energia of the world (the natural laws as the Science of Nature, as the
a priori knowledge of what all else depends on), is no mere mistake in the sense
that it changes, new findings upset old ones, it is not wisdom proper, one can still
go on with the old searching, rather, it is the culmination of power, of what avails,
of the inner unity of the west, now the planetary motivation of a being, the human
being, as Da-sein, come to hear what it was most of all drawn to in the call of its
essential history. This is why, in thinking away from the thing, though while still thinking
with the essential history, one must be touched by the leading string of this history in
order that one may sense the power of its furthermost movement as what is not thinking.
Posted by epistemeratio at 2:54 PM