Considerations of the Methodos, as Art and the Because 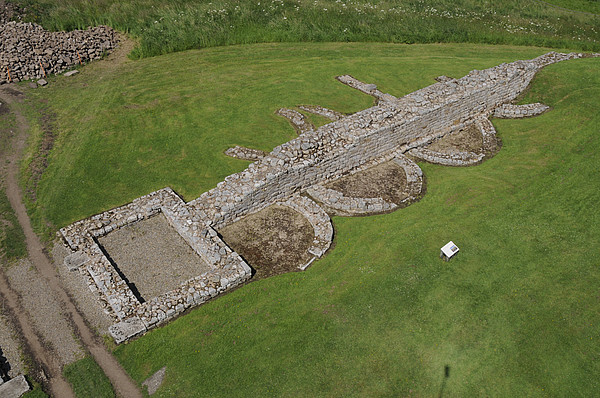 
Allegory and symbol provide the conceptual framework from within whose perspective the artwork has
long been characterized. Yet this one element that makes another manifest is the thingly element in the
artwork. It seems almost as though the thingliness in the artwork is the substructure into and upon which
the other, authentic, element is built. And is it not this thingly element which is actually produced by the
artist's craft?


According to the Greeks, what matters most is reason. Reason is set off against one’s own, a mother’s
child, a man’s country. Reason, at length, in the Western Christian times, becomes the positive law.
The passions (interest) are placed over and against reason. Reason is actor, interest is patient
(that which is acted upon). Art ceases to be concerned with this distinction so far as it is regarded
as a purposive framework which, by its intelligence, guides things, i.e., so far as it is thought
metaphysically, as cause of all things, it is meaningless-giving cause. It gives the privation of meaning.
This is unlike the non-metaphysical thinking of the “because”, which is no cause.


Cause is another word for reason. And reason is always what answers the question: why? After
two thousand years the last Law of Thought was brought out by the most extreme of the great thinkers,
Leibniz, the law called Sufficient Reason was laid down, it came forward as something unremarkable and
took its place alongside the law of identity, contradiction, and excluded middle. In this the end of
Metaphysics was founded and thought into the depths. Yet it still needed to wait almost two
hundred years to disclose its end. Cause is another name for the public voice, for the voice of
das Mann. It burns out what is ownmost, and sets new soil in its place. it sets Rome in the
place of the wilderness of the barbaric men, who through Numa and the other Seven Kings
became Roman, praying most of all that the state of Rome would be war-like. When Rome
banishes the last king, who taught them to hate corruption, what was ownmost took on the
cloak of what is positive. When Russia became the Soviet Union, what was ownmost, changed
its reason. Aristotle says here, the hule, or bare stuff, is like the troop of actors that plays the
role reason lays down. Some don’t like it, but they love what is their own and suffer it in its
excessive harshness, reason. When reason becomes “scientific”, and then Science, as
the master idea of the earth, what is ownmost is guided in the case of all beings on the earth.


Art is first a silent reason, it has no logos, it is handicraft. Tying of the shoes is an art, a
modification of what is one’s own, the coarse ground of the rude dwelling with its hearth fire
is improved upon according to art. The purposive system of reason speaks, and it brings in
law and money. The innermost law of the human being, ceasing to be silent, banishes the
shades under the trees with the light of the sun of reflection (of intellect). Art is shown to
be a way of coming forward that is not the light of the sun, nor is it what follows the tensions
inherent in things as what don’t respond to the inner core of man’s hidden meaning.


Here we must ask: How is cause to be removed utterly from the thinking? Where is the
because insofar as art is thought as symbol?


Is muthos other than the because? The because never answers the why, it is no reason.
It only speaks as a naming which keeps the purposive system of the ego away from the things.

Here we must recall: time is always teleological so long as it is thought metaphysically.
For what was is always what came to pass into what is and from there to the stage of
what is not yet. Time, can no longer be thought metaphysically. I.e., according to common sense.
Common sense always belongs to the ego, and its system of making the world come forth,
through the unleashing of its own claims. The wild grape becomes, for the ego, the stuff of the
tied down vine, for making wine. Cultivation is always according to the inauthentic impulse of
mere consciousness as what has its own to care for. The authentic, tied to muthos,
which is the word of truth, still does not think. Thinking is not authentic, nor inauthentic, nor is
it ownmost, nor rational. However, it might be heard like the bird perched amidst reeds where they
hold their arms crossed as if waiting.

Posted by epistemeratio at 2:41 PM