Consideration of Nomoi as Technological Essence 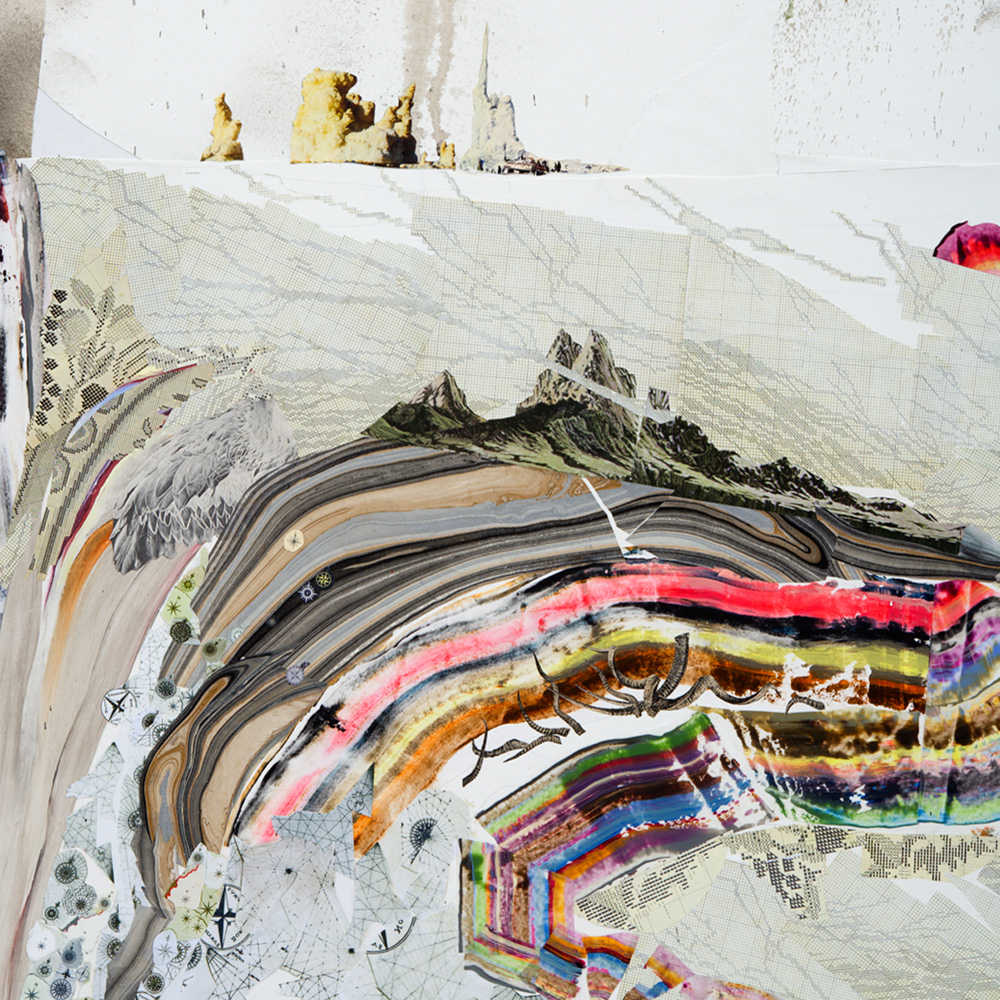 
Every work has its thingly character. What would they be without it? But perhaps we find this very
crude and external approach to the work offensive. It may be the conception of the artwork with
which the freight handler or the museum charlady operates, but we are required to take the works
as they are encountered by those who experience and enjoy them. Yet even this much-vaunted
"aesthetic experience" cannot evade the thingliness of the artwork. The stony is in the work of
architecture, the wooden in the woodcarving, the colored in the painting, the vocal in the linguistic
work, the sounding in the work of music. The thingly is so salient in the artwork that we ought
rather to say the opposite: the architectural work is in the stone, the woodcarving in the wood,
the painting in the color, the linguistic work in the sound, the work of music in the note. "Obviously,"
it will be replied. What, however, is this obvious thingliness in the artwork?

Here, the British sense “fine art”, which passed on to China, where the compound notion of art
was unknown, is not in play. The world of fine art that passed on to become the political art world
as “art world”, as money market. Rather art is what is set alongside nature in order that nature can
first be thought as other than art. Ergo, the Western world as such is in play. Western nature. But
Western has long since lost its definiteness, since “the sea lanes” extend everywhere, the
commercial system is as much in the “periphery” as at the “core”, and the military oversight is limitless.
This means most of all the technologizing of all movement on the earth, since most of all money,
as art, is the technological invention, the universal flattening and objectivistion of transactional
being. Technology is not money, but money most freely lets its essence come into sight as
cybernetic leveling of being. Its needs and wants are guarded by technology in the form
of military orientation by works of military art that are technological, i.e., cybernetic and guiding.
As cosmopolitanism. This means: art as “art world” is excluded from the basic sense art as
what is Western in what is the globalized west as what is art as all Western making, rather
than blind coming forth of nature or phusis. Nomoi, money and law, cease to hold their own
over and against art as making, for making is a path flowing forth that is learned, just as
nature is what comes forth of its own without learning, and the nomoi is neither learned nor
not learned. In this swimming in patternless currents, we don’t yet, everything depends on it, come to
conflate all things in a universal impossibility such as Schmitt's conception of the political
which leaves no hoop from which to look out and to take bearing.


The flowing forth calls us to the question of the object of the action of the “thingly”. The
“artwork” now names an attempt to think without phusis. Phusis is primordial for the face of
the earth, which then gives the idea. Phusis already yields, when seen form Aristotle, looking
back into the archaic world, the look and the energia as its ground. “Artwork” here then is no
longer ground of a coming forth, but it attempts thinking as genuine future. “What, however,
is this obvious thingliness in the artwork?”


Art here: The Question: Why are we not yet thinking? These are the same. What obstructs
genuine future is attempted in the thinking, as the possibility of sensing the obstruction. How
so far does the region of Questiong come to be sensed here? Already, in approaching this
question we realize that Aristotle is set aside. Aristotle says: there is quality, and there is substance.
Not so here. Color is no mere quality, The red tomato, something as something, the red is a tomato.
Something as something. The tomato is red. The red is crushed, it is juice. The red is juice.
The something as something is as much the thingness as it is the work as the dynamism of
the ergon. Aristotle is both set aside and not set aside, for the metaphysical core can not
yet be overcome. The End of Metaphysics, that that gives nothing to imagination and nothing
to intellect, metaphysics proper, ousia, the true and the false, being and not being,
appearance and truth, quality and substance as confusion (this list is not exhaustive,
but exemplary of what has been, without determination according to the current text).
Metaphysics, what can not set out but must be sensed in the “artwork” as the coming
forth of the History of Being.
Posted by epistemeratio at 4:30 PM