The question of the overcoming of the decomposition of “spirituality”, as a failure to overcome,
as an Aristotelian disintegration according to Eugene Ionesco. 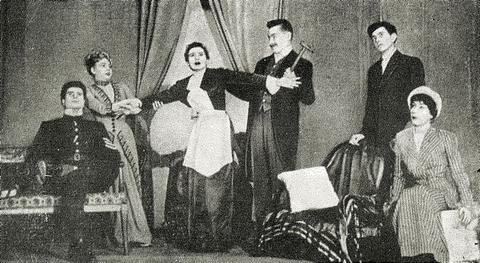 
In order to discover the nature of art that really holds sway in the work let us approach the actual work
and ask it what and how it is.
——————


The assumed approach of the questioning already knows that it is questioning: i.e., posing the question
pertaining to the artwork. In fact this knowing is already truth. Which is to say, one sees something, and
what is seen is understood to be an artwork, e.g., a copy of Ionesco’s La Leçon. One determines that the
book is there, i.e., one’s intelligence comes alive to the place of the book which is the work of art. The
book, the artwork, is there on the table is a true statement. The truth is already known and yet we still
approach in order to question. We know perfectly well that what is said is correct, that the artwork is
there, on the table, but this correct knowing of what is true is the very place where the region of
questioning is sought. This seeking, unlike other seeking, in that it seeks indifferently in the sense
that its subject matter is indifferent, it seeks only to open the region of the question.

What does “actual” say here? We already are in the Aristotelian way of thinking when we speak
of the actual as what is determined against the potential (we move in the horizon of the disputation
with the Megarians, i.e. the refusal of the thinking of dunamis as power. Dunamis which is already
stretching uneasily towards the historial, what?, possibility of its unfolding in Hobbes?
Hobbes = the human being is the animal that is proud because it has possibilities,
which is to say, power). This holding sway of the essence, of energia, is never a subsatntive,
such that the noun “artwork” looks for its underlying unity in the mere accident of the appearance
of the qualities, of the rectilinear character of the book, of the glint of the morning light on the
glossy cover, of the colors given off and the script on the cover which themselves, if we emphasize
them, begin to dominate and speak against the book as a whole. The Aristotelian determination
of actuality, however, threatens us with the abstraction of the object which is not placed in life,
because the result of the potential is never simply the actual, but the actual in the concretion
of its surrounding, on a table, in the study of someone with a history, in a specific surrounds
and swimming in the horizon of the knowing proper to an age, to the time now lived in.
The concretion of the object is never realized in the actualization of a standing possibility,
but it remains trapped in a search for knowledge of the teleological cause or meaning of the thing.

What one can not do here, if he would remain with the path opened up by the thinking:

1. Think the break down of the substance, into the qualities, through to its conclusion in a
homogeneous field of tiny things. Such that “meaning” (meaning as it stands in connection
to the question about teleology, the leading question of Greek, European and Western
world until the death of Nietzsche, not as meaning speaks vaguely out of language and
everydayness) is eradicated in a kind of patternless and inchoate anti-meaning. Questioning is
then perpetually set aside in the continuance of meaning as the shadowy underflow of a non-meaning.

2. Treat the vagueness of the saying of what is true as a failure to reach what Strauss called
“the highest things”, those about which the smallest insight is worth more than the greatest
insight concerning the lower things. Which is to say, to look stealthily and in the hidden motions
of the heart towards a repair and a sustainment of the tradition and its noble searching.


3. To treat the word “holds sway” as if it meant essencing in the sense of understanding the
thing there according to the psuke, or soul (or intelligence), rather than as a saying of what
shines forth from the surrounding world in its announcing and being announced. Which is to say,
however, that in thinking the holding sway in a Greek way, one superimposes the seeking of the
region of the question onto the Greek thought as it is us who are its history as the truth of being.

Posted by epistemeratio at 11:34 AM