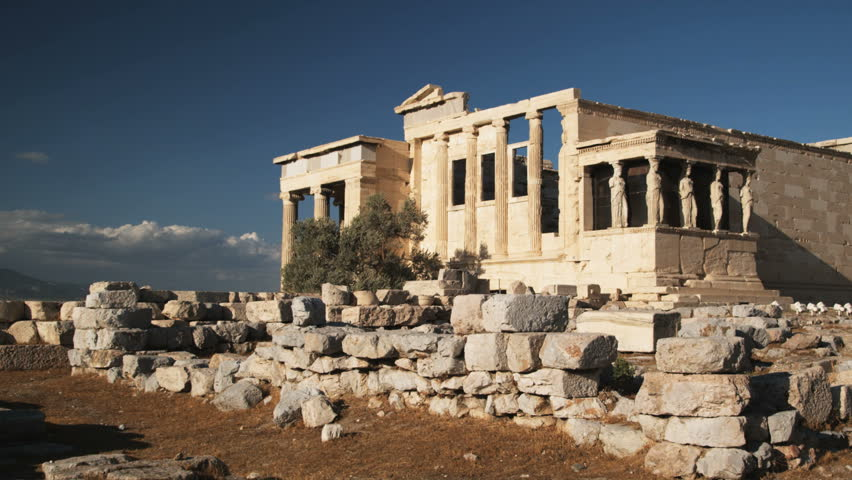 
Origin means here that from where and through which a thing is what it is and how it is.
That which something is, as it is, we call its nature [Wesen: knowledge].
The origin of something is the source of its nature. The question of the
origin of the artwork asks about the source of its nature. According to
the usual view, the work arises out of and through the activity of the artist.
But through and from what is the artist that which he is? Through the work;
for the German proverb "the work praises the master" means that the work
first lets the artist emerge as a master of art. The artist is the origin of the
work. The work is the origin of the artist. Neither is without the other.
Nonetheless neither is the sole support of the other. Artist and work
are each, in themselves and in their reciprocal relation, on account
of a third thing, which is prior to both; on account, that is, of that from
which both artist and artwork take their names, on account of art.

“251. It must be taken into the bargain, if various clouds and disturbances—in short,
slight attacks of stupidity—pass over the spirit of a people that suffers and WANTS
to suffer from national nervous fever and political ambition: for instance,
among present-day Germans there is alternately the anti-French folly,
the anti-Semitic folly, the anti-Polish folly, the Christian-romantic folly,
the Wagnerian folly, the Teutonic folly, the Prussian folly (just look at those poor historians,
the Sybels and Treitschkes, and their closely bandaged heads), and whatever else
these little obscurations of the German spirit and conscience may be called.
May it be forgiven me that I, too, when on a short daring sojourn on very
infected ground, did not remain wholly exempt from the disease,
but like every one else, began to entertain thoughts about matters which
did not concern me—the first symptom of political infection. About the
Jews, for instance, listen to the following:—I have never yet met a
German who was favourably inclined to the Jews; and however decided the
repudiation of actual anti-Semitism may be on the part of all prudent and
political men, this prudence and policy is not perhaps directed against the
nature of the sentiment itself, but only against its dangerous excess, and
especially against the distasteful and infamous expression of this excess
of sentiment;—on this point we must not deceive ourselves.
That Germany has amply SUFFICIENT Jews, that the German stomach,
the German blood, has difficulty (and will long have difficulty) in disposing only
of this quantity of "Jew"—as the Italian, the Frenchman, and the Englishman
have done by means of a stronger digestion:—that is the unmistakable
declaration and language of a general instinct, to which one must listen and
according to which one must act. "Let no more Jews come in! And shut the
doors, especially towards the East (also towards Austria)!"—thus commands
the instinct of a people whose nature is still feeble and uncertain, so that it
could be easily wiped out, easily extinguished, by a stronger race”

796 (1885-1886) The work of art where it appears without an artist, e.g., as body,
as organization (Prussian officer corps, Jesuit order). To what extent the artist is only a
preliminary stage. The world as a work of art that gives birth to itseIf--

797 (1885-1886) The phenomenon "artist" is still the most transparent:-to see
through it to the basic instincts of power, nature, etc.! Also those of religion and morality!
"Play," the useless-as the ideal of him who is overfull of strength, as "childlike." The
"childlikeness" of God, pais paizon.'2


What is prior here, in this case? It is energia. How is the pure act thought, in this case?
Still as “knowledge”? So long as eidos means the grounding of all opinions, of what is
relied upon (pistis), the philosophers want it to lead to knowing. I know that I do not know
= (not in the formal mathematical sense) all opinion breaks down on examination, is lacking
by the measure of contradiction, and, most of all, the demand of the “best” mode of behavior
= the summons to bliss with the gods, the recognition of what is true like the knowing of a
long not-seen face. Origin, how can that say “knowing”? Already we are skeptical, already
this is impossible for our “race”. They who share morals in the older sense share that
which, for the most part, in a setting, in that which one can point to, the reliable
interpretation of the situation of the mortal there, of the being there, is, most of the time,
constant. Plato = whatever a group thinks, an opinion that is no mere idiosyncratic error,
must have something true about it. True, part of the wholeness of the earth. Origin, what
is that? No longer as knowing, no longer as what revolves in the region of opinion. Where then?—dunimas! That which has the amazing power, is the power, of bringing forth.

However, dunimas comes too late. Phusis and idea are earlier so long as they say: earth and world.
Dunamis is the way earth comes to support, it is the essence of earth, yet, it came later, after earth.
Aristotle was “too lofty”, he already wanted to deny “the radically mysterious dispensation of fate”
(Strauss), he wanted to speak of being in its valorous claim to bring forth as ORIGIN. Thinking,
Denken, never rests in claims of origin. Already, in speaking of origin, we call Aristotle to task
and say he must suffer the penalty for his error, which is what we peel back from, in order to
reach thinking. The essence of Da-sein is thinking. And that means, not opinion in its movement
to knowing, not Reason. Thinking is what thinks what one can point to, and what one reflects on,
and what one dreams. This “somewhat” is for opinion the available being, for thinking it is what is let be.

This expressionistic word, nonetheless, is the scutcheon which shelters a track of our own lifeblood.
What is disgraceful, for the knower, in the move from doxa to episteme, binds, but does not betray
thinking, lets its gates hold in the End of Metaphysics. Thinking thinks knowing, it thinks Reason, it
thinks opinion, it thinks what stands in the phenomena, it thinks the modern fact, after the coinage
of Hobbes and the Royal Society, it thinks truth and it thinks, thinking because thinking is also
what is still available as what is thinking, and so pays the penalty for its error. Thinking still tries
to know thinking, and so still asks of the "Ursprung"? This is because one still stands in the
Destiny of Being as energia, which is supporting what is spontaneous in what is the passion
of this thinking. Thinking does not seek to remove passion, as did rationality, but it lets passion
in, since it seeks no knowing, but, acording to the earth as what is the ergon or art/craft of its Grund.