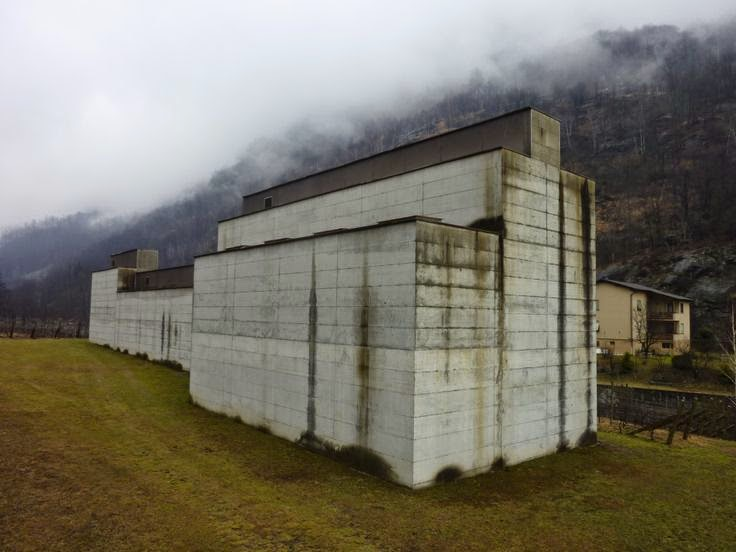 In English the usage of the word culture stems from Ruth Benedict. Benedict was freed from the
theoretical entanglement with the older sense of the word culture, cultivation, as in the sense,
agriculture, with the explicit meaning of genuine education or perfection of nature. Boas and
Malinowski describe an ultimate Maginot line which no longer allows one to grasp the difficulties
that came prior to them, except artificially and schematically. These difficulties, the life of the
peoples of former ages, can not be entered into. Cultures becomes worlds, yet, the horizon of
world is only that of this world. There is no breaking the sphere. There is no "soil",
there is a universal "post-heimat". The conception of "post", of "before" no longer says anything.
The raising of various "logical" difficulties is wholly empty in such cases and, though of possible use,
by in large indicates a sterile retreat from the question.

Schematically the two meanings are simple. On the one side, phusis, is set off against, on the other, a
perfectible custom. The problem of death, given to man as man, for instance, is perfected
in the doctrine of Karma. Or, in some other way. However, in Spangler, this perfection still
refers to greatness. Only those beliefs which are great sustain the spontaneous pinnacle
of the peoples that are worthy, that are strong, that give expression to themselves
spontaneously in the form of architecture and music, and the rest of the features of the
organism of a great people. In the theoretical sense Boaz already sets aside “greatness”,
there is already the opaqueness of the notion that one must understand that others “really exist”,
the demand to drop the one-sidedness, or narrowness, which sustains everything that is intense
and able to enhance its forces to the zenith, the powers of the “mono culture” recede into the
contemporary dogma of mere “difference” which ends in the meaningless sense of culture,
culture as formal “difference”, which, in the strict sense no longer has the right to speak of, e.g.,
“pre-literate” culture. Since this implies a presupposed education, i.e., a raising up, that leads
to the more cultivated state of literacy, rather than a mere change. It may be as well said,
with as much rationality, from the theoretical point of view, setting the empty contingency
of the empirical aside, that the literates are “pre-illiterates”. Of course, this too, would be
an error of another kind, and only demonstrate the difficulties raised by being poisoned
by the sophistry of confusing conceptual lenses, and the confused individuals who keep to them.

Spengler speaks of the movement of the herd, formation, the coursing of the Wildebeest
along the plain. This stage is closer to that of the Ethnos, or tribe, than to that of the Polis
or Humans as constant askers after change: Political life. Political life is coextensive with
culture in the older sense, it implies the “agriculture of the mind”. Where the mind is
always coextensive with the “script” that the Polis plays out, as the actors to use
Aristotle’s image of the hylomorphic regime.

The routinization of culture suffers from the same disability as that of religion.
Someone who is “religiously unmusical” is in no place to consider religious subject matter.
No more than a nonmusical person can speak intelligently on the subject matter of music.
This is as much true of the “civilized” if this word means Geist as the afterglow of culture
becomes mere abstract or distanced conceptualization in the form of schemas of what
was once spontaneously supported within the continuous coursing of a living river of belief
in a “way of life”, such that the even high-water level remains unbroken for centuries,
only distorted by the smear of forbidden heresies and skeptical, not to say nihilistic
cancerous individuals, which never kill the organism. In our own time, when nihilism
is the general condition, when the sovereign innocence of “kinds” of things is sensed
as artificial, as unnecessary, when all is most of all seized upon a heterogeneous, and,
ultimately non-existent putty, which can not be “educated”, but is already in its final condition,
the notion simply refers back to itself. It is not a kind of thing, “culture”, of which either 8 or
1000 examples could be counted up and laid bare, but the cultures refer only to this Geist
at the evening-glow, which smears its forbidden confusions into the strange enunciation of
what it no longer understands.

It can not be “culturally musical” because it itself doesn't float on pan-oceanic currents,
but is long since annihilated along with all “kinds”. Phusis no longer produces the
possibility of being set off against education. The busied attempts and aspirations of
pure intentions, adequately impossible to destroy, move in the smear of the afterglow’s
gleam, but the night-world is the only sight of worlding thought, of the essenceing of
earth and world. Conceptions, like ideas and kinds, like all “differences”, remain in
the suspense of a non-abeyance of a perpetual afterglow that courses on the night,
brilliantly and absolutely. Most of all the difficulty has its positive side in the overcoming
of the division of phusis and perfection. If man is blind even as what sees, what is man?
Man is set aside in Heidegger, in the sense that he becomes a question, and no longer reason.
Posted by epistemeratio at 2:45 PM