Examination of the moment of lost surroundings, as the "Crystal Palace" of correct thinking fails to look at what is, and therefore must turn away from all that 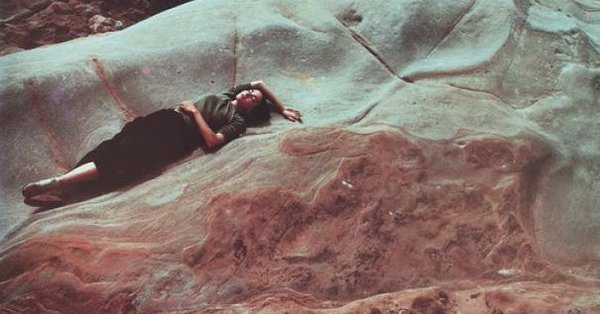 Since the basic relationship between Plato and Aristotle is undecidable,
every popular pseudophilology that believes that for every
thought of Aristotle's a prototype, no matter how sketchy or farfetched.
can be found in Plato must be rejected. When someone asks
the inane question, From whom did he get what he says here? believing
himself thereby to be investigating the philosophy of philosophers,
that person has already cut himself off from the possibility of ever
being affected by a philosophy. Every genuine philosopher stands
anew and alone in the midst of the same few questions, and in such
a way that neither god nor devil can help if he has not begun to buckle
down to the work of questioning. Only when this has happened can
he learn from others like himself and thus truly learn, in a way that
the most zealous apprentices and transcribers never can.

Da-sein itself refers back to this break. Therefore is it quite empty when Dugin takes up the
position that the other worlds have Da-sein. Since, then, it is an admission of universal Western
worlding. In Descartes there is a Westerning thinking that is decisive, the one is thought as thinking,
as the intelligibility of whatever is. This is at once abandoned, not even abandoned, but, it was
only set up, as it were, in the course of preparing the interpretation of science now in power, that
of the objectified object, that it was proposed as the foundation. Husserl takes it up as the doubtful
framing. This that is there is this doing. The somewhat, as what is doing, as the doing of the verb
of the predicate, as what is said of the predicament, is most of all meant. No human being at all
comes in, yet, according to the ergon (or inner hexis) of (the text with the name) Heidegger,
the “human being” has always been this something as something
which opens like the invisibility between earth and blue heavens. The biological interpretation of
man is set aside along with the moral interpretation.

Strauss speaks of the “cowardly vagueness” of Heidegger. Yet, when one thinks through Kant,
as the Western world has, in what it de facto is, all Westerns are de facto nihilist. And that
means all beings on the earth touched by what is planetary, as much the Chinese as the Russian.
The burning passion for more lessons on what “living well” means, for the political “ethnos”, are
confusinons, driven by a sincerity of intention which misunderstands what is endangered.
Lyotard, Dugin, Deleuze, never see the range in which the discussion which aims not a
overcoming the planetary, not at all, but at overcoming the obdurate refusal of all genuine
questioning, race through the range of cosmic nihilistic worldings. In this, such thinking is
more aware than is the ordinariness which claims to uphold values, and purpose, while
all the time moving silently in the gigantic statue of nihilism, and yet, at once it is weaker
and less capable to question what is. Strauss speaks of the “cowardly vagueness”,
and this is correct. Yet, it is what is correct that is most necessarily the place of the battle
implied by the thinking of Da-sein. For Strauss sees correctly that if all is clouded by the
encroachment of unintelligibility, of the radical interpretation stemming from Kant, that is
still the current notion of the sciences, that causality must be a kind of arrangement out of
a basic chaos which is itself quite drawn into the vortex of the logos, which none can follow,
one must gaze steadily into the phenomena as they would stand if no longer reflectively deemed
“appearances” and, most of all, no longer grasped under the ancient reflective determination of
the “available”.

Here one must press the point that being is not a conception necessary to man as man,
as Strauss puts it. However, it can not be set aside. Now our efforts must become more
serious, and therefore abandon a “speaking back” to the thoughtless. The methodos,
up to now, has not challenged the basic element of the “Western philosophy”, of this
“genuine philosophizing”.
Posted by epistemeratio at 3:48 PM