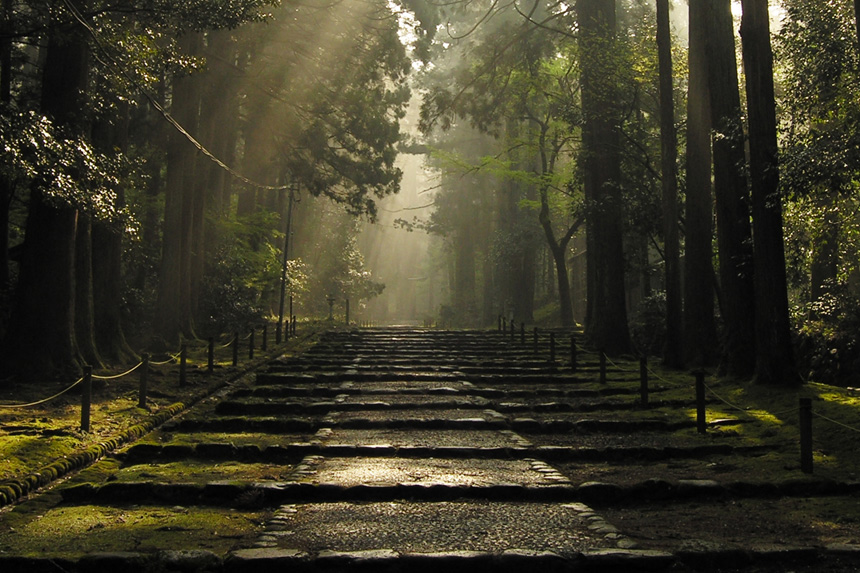 But in all this we are merely relating something about this differentiation,
not comprehending it. Are we standing at the border of
what is comprehensible? Is this difference ultimately the first concept?
But then it must at least permit of demonstration and questioning
precisely as to how the conceiving, that is, how the concept in its
possibility is determined by this boundary. Yet we ourselves know
nothing of this. It has not yet even been questioned. On the contrary,
we determine being the other way around—from the viewpoint of
concept and assertion. For a long time the erroneous doctrine has
existed that being means the same as "is," and that the "is" is said
first of all in judgment. It therefore follows that we first understand
being through judgment and assertion. While we are fond of appealing
to the ancients in this connection (one of whose treatises it is our task
to interpret here), I suggest that this errant opinion can appeal to the
ancients only with partial legitimacy, which means with no legitimacy
whatsoever.
----------


The something as something form, it is now come pellucid, for the direction or Methodos is
Enlightened when it thinks “On the contrary, we determine being the other way around—from
the viewpoint of concept and assertion.”


Something as something belongs to language, and is its perfect speech, it is reason,
it is logic. In it, judgment finds its origin and meaning. What is clearest in this clearest
crystal is that the crystal, something, has come clear, something. And yet does the
oneness of the many first speak as something, a oneness, which is something, many?
It is just this conceptualization which is now put aside. At the same time is language
capable to speak in any other way than by judgment? Language is always reason, for
Plato, even Homer, with his primordial guidance, who gave the Hellenes first paideia,
that is, who first taught the Greeks how to move forward in a situation or subject matter,
was the teacher of Pythagoras, and Aristotle says that Plato is Pythagorean. Yet we remain
childish insofar as we think this way, we remain utterly naive. We warm to thinking as soon
as it occurs that Aristotle may have hated Plato, and wished to slander him. Not that we
believe that, but, rather that we see we are speaking of living persons, is what brings us to
thought. The situation between Husserl, and his student——one quite distinctly parallel to
that of Plato and Aristotle, not by ikonastic or perfect reflection, but by phantastics, as with
entasis——does not immediately suggest perfect insight of pupil into the work of the master,
nor the other way round.

However, to be sure, Plato conceptualized the thinking of Socrates, but not in order to think it
conceptually, but for the sake of polyphonic presentation and that thinking which is mentioned
in the Seventh Letter which holds several regions of thought in one thought. The meaning of
entasis is that the reason, which speaks to us of the straight line of the pillar, which is a
column only in so far as it follows its logic, is ruled and comes forth correctly, is warped,
fattened near the bottom, so as to gain the look or eidos of the pillar. The eidos is reason insofar
as the entasis gives the form. Thereby they mortally error who speak of an aesthetic correction if
they thereby mean that the pleasure of the glance is aimed at, except that the glance is that of the
eyes of the soul. So far as reason comes to be seen by the glance it speaks in the manner of the
being of beings, of what is clamoring to bring man as man towards itself.

How does the being of beings speak in the mere conceptual form, though, true, the most perfect
conceptual form, of the something as something? To reiterate, it simply says that the oneness of
being is many. Yet, when one thinks this one sees that the being of beings is drawing man as man
to it through the reason and the logic of the eide with their call that draws forth what is itself just
what is called from itself. Man as man, which is essencing, resounds in the mood of the look.
In this sense one is thrust into the worlds, for instance, that the look of how it looks is not the
same for the so-called People of Origin, or American Indians, as it is for the American who
is not of this group, when such a one is schooled in the American school, it soon happens
that their heart is torn out of the world, and this rifted being only returns to such a world as
the compassionate one, as the false. Whatever origin points to this or that earth, to this or that world, therefore is thought
Historialy according to the presupposition which language never tells us about. The lack of “
legitimacy” is never absolute, in the sense that Edward Said rightly observed that orientalism
is not a matter of the distortion of one group by another, but, most of all, of the group itself
concerning itself (for one is always more motivated by ones own self reserved narration,
than by any project of cruelty or fascination). True, most of all one must defend oneself,
but this is because of the essence of technology, because the increase in the power
of the logic of the outsider to overpower the group in their own logic, is ever more exigent
and the momentous resolution of the group that would hold its own insofar as the
West becomes total ever demands each orientalism put itself underneath the demand
of demand itself in the manner of a Doktor Faustus, and yet, this Faustian West, as
Spengler called it, is more comprehensive than any previous world, indeed it is planetary.
This reminds, of course, of the work of Lukács (in his approach to owning the conception
of Marxism as Ideology) and of the “Strong Program” of Sociology, and of all such reflection
that turns inward (usually only with the lips, seldom with the heart—and yet what is spoken
is reasoned and comes to settle in the look which pulls the heart to itself), each becoming
aware of the look that is self reserved in its turning towards and onto its own fiction,
its own Narration, races with the Essence of Technology just in the direction which it is
drawn from itself.
Posted by epistemeratio at 3:34 PM