A word on a Faulty Popular Translation/Interpretation of Nietzsche, and a Preparatory Indication
about the Text 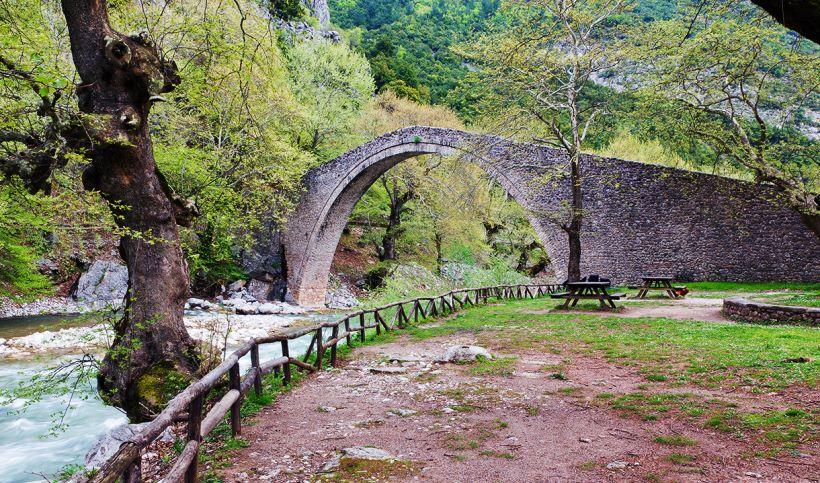 Ever since Pannenides, the battle over beings has raged, not as an
arbitrary dispute about arbitrary opinions, but as γιγαντομαχια, as
Plato said, as a battle of titans for the beginning and end in the Dasein
of the human. And nowadays—there remains but the word play of
ambitious and clever chaps who purport to say that Parmenides'
proposition—being is the one—is as false as it is primitive, that is,
amateurish, awkward, and hence inadequate and hence of little worth. The
falsity of a philosophical insight is, of course, an entirely different
matter which we will not discuss further at this point. As to the
primitiveness of the proposition τό όν τό έν, it is admittedly primitive,
that is, original—in the strict sense of the word. In philosophy and
indeed in every ultimately essential possibility of human Dasein, the
beginning is the greatest, which henceforth can never again be attained:
it is not only unable to be weakened and lessened by what
follows but, if what follows is genuine, becomes truly great in its
greatness and is expressly installed in its greatness. However, for those
Whose actions are oriented toward progress, the original and early
become less and less important and real, and the most recent is ipso
facto the best.

The English sentence that appears in n number of “serious” books, sometimes attributed to the
translator Kaufmann, taken from the text of the so-called Posthumous Fragments:


Reads “there are no facts only interpretations” in the popular translation, not to
say the popular imagination. Yet, it reads: [There are] not any moral phenomena [appearances];
but only a moral interpretation of certain Phenomena (a wandering [erroneous] interpretation!)


The pitiful nonsense, the public situation with respect to philisophic rigour, is
unimaginable and can hardly find an excuse. However, this is not the time to be
ensnared by the temptation to despise the idiocy and lack of seriousness of contemporary
society. On the other hand one must insist on not allowing the force of laxity to take all ground.
To be overcome in complaisance would be outrageous.


The distinction between a fact and an appearance, in the Latin or Greek appearances reads
phenomena, is crucial for any approach to an understanding of what “beings” says.

“Ever since Pannenides, the battle over beings has raged, not as an
arbitrary dispute about arbitrary opinions, but as γιγαντομαχια, as
Plato said, as a battle of titans for the beginning and end in the Dasein
of the human.”

It is not so easy to see what “beings” names as it may seem, and we must not lay ourselves open to
an obsequious surender to common sense, to the ready assent to the parlance of everyday
conversation. The “fact” is for one opposed to the “opinion”. This is not so with respect to the
appearance. What appears is the stupid man, the dastardly act, the “demonic” aspect of Bismarck
and the work of the Prussian genius Nietzsche. As much as a mountain of so many  meters or a piece
of granite of such and such a weight, or, if one likes to be scientific in the mathimatiko-physical style,
mass. The distinction between fact and value does not belong to the appearance. If I say there is a
lovely woman, what is ready-to-hand is the lovely woman, that is the look of what stands there. It is
not as though, in fact, a woman stands there who might be tested for attractiveness according to
“symmetry” of features, but rather, what appears in the look is what has been stated. If one tries to
sort things out, for instance, by saying, how is it he could make such an error, it must be drunkenness!
For that woman is not “lovely” in the least! One assumes the priority of another appearance.
What is agreed on gives a common ground, that each says, there is a woman. What comes next
is the pursuit which attempts to discover what truly is. For example, through discovering contradictions
in one’s statement of one’s opinion about a matter. Is the lovely what is attractive? Certainly.
And is the woman attractive? No, she is a nasty woman, and rather unbearable. So you see,
she can not be lovely.  So it seems. Likewise Nietzsche denies all such circumlocutions lead to
anything.


The fact however is different. It has a certain objectivity because it is defined. For instance, if there is
something that is supposed to vehiculate, a car, and it doesn't operate when one turns the key, one
can say it is a fact that that thing there, the car, is defective. For it doesn’t do what it is meant to do by
agreed definition. If I say cars should always run at full throttle, on this point I will find myself espousing
a value. However, here we speak of the “fact” in its technical sense (cf. Simmel and Weber, later in
transformed and ‘question begging’ form Logical Positivism, A J Ayer etc., i.e, nothing that is not
“scientific” can be spoken of, later, in, e.g., Dawkins, the “scientific fact” which attempts to reach
into biology from the mathematics-physics but with terrible incompetence and without awareness
of the difficulties or nuances, or, indead the basic thrust of the subject!). In the common usage fact is,
it has become, a vague term, derived from “action” (rather than passion) or ultimately factum, which
has come down from the technical meaning to the public, and tends to be used to oppose mere
“subjectivity” or opinion. However, what are these beings?


Here we have a difficulty. Do we speak of the work with the name Heidegger, of a critical or
hermeneutic phenomenology, or directly of “ta panta” (the many as beings) as it issued from the abyss of the thought of
Parmenides and the early Greeks? If one speaks of things, one can adress what stands before one,
as what stands alongside other things, and is involved in processes of various kinds, e.g., the
electrical flow through the nervous system. Yet, in opening ourselves to things, without the
constraint of closed terms like “fact”, or “object”, one moves in the vagueness of the parlance,
and of daily dealings, with the apparent aspiration of reentering the traditional avenue of philosophic
dialogic. Such is philosophy. Yet, what are the beings? In Heidegger they stand as determined from the
ground of the phenomena, as what is not phenomena. One is said to see a field, let us say, under a
dazzling sun. The field ‘appears’ to one as much in a photograph, from this or that vantage, more or
less strikingly caught by the photographer. Again, when one envisages the field, and the dazzling
rays of the sun, in one’s mind’s eye, one sees that being. Ergo, a specific vagueness is exposed to
our thinking. It is not the daily thoughtlessness that takes this to be a memorey, and that the
“real thing”, and the other the image in all its sharpness and newness captured by the extraordinary
artist in her masterwork, in the photograph. On the other hand, it is not that this or that appearance in
the special sense of Husserl, not in the simple sense that there appears the Golden Gate Bridge
under a pink sky the color of the dawn. Rather, Husserl gives us a peculiar manner of thinking the
appearances, which makes them for him the ground of all datum in the ultimate doubt which says,
maybe it wasn’t so. The being is thought in Heidegger as neither phenomenon nor, indeed, anything
else but being. True, there is a hermeneutics that surrounds these beings. Yet, here, what we are
doing is approaching Aristotle in order to approach Plato, who would then lead us to the thinking in
Parmenides. But there is no scaler of the development, anymore than can our vector be
prepossessed in any specificity, rather it is only indication.


“and the most recent is ipso facto the best.”

This implies (since Heidegger, so to say, in a certain sense is the "most recent" in the line of
great thinkers, but can not possibly implicate himself, so to say, in this spurn) that the thinking of beings
in the work that goes by the rubric Heidegger is already “primordial”,
which means that the History of Being is meant to be held in a “privileged” moment
where the First Beginning is not seen as part of a series of indefinite developments, as of moral or
technological movements. It might be noted at this time, that what was said of Kant’s noumenal
world, of the moral act of freedom or spontaneity, that in saying nothing can be said of them, one
says something parallel to if one would say nothing can be said about things being better, for the
“better” is not yet. Or, if one were to say, one can not speak of further development in the sciences,
because no such “further developments”, but only the one’s already seen, are known.
A profound bond to the principle of induction, itself a “wandering”, hysterical thing, a “wandering uterus”,
a truth, reminds one of the movements that hold one in speech, as it tells.


One should see in these comments only a cloud that hangs such that it grazes the periphery vision,
producing illusions of sight, pointing towards the substantive handling of what is hinted at above.
Now is not the time to expound on the conceptions of fact or appearance, of thing or being. But,
we want to be not wholly taken in by a darkling hubris, that of the common sense which already
knows what it is ready and why. We must hint at the right kind of scale for weighing these pages
so as to avoid sterile and inane caricature of the material. In all its directness and freshens the
Element of Greek thought suggests its Event.

Posted by epistemeratio at 4:13 PM