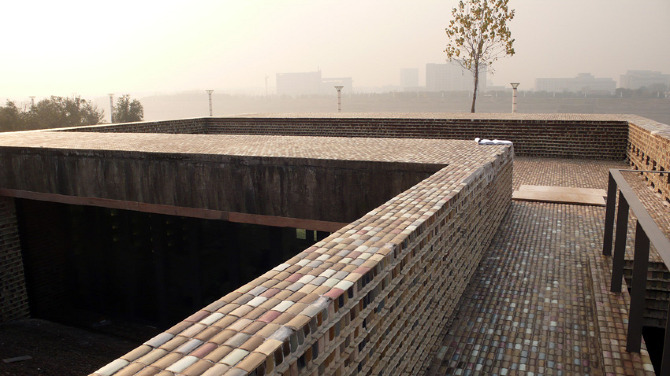 There are all kinds of things, and they all are. They are the same in that they all are. And yet they are
different each one from each one. That they are does not name the sameness, nor does it name the
difference. That they are is contrasted with that some things are not. To not be is something that is. That they are does not name
being in the name we would name if we could, but rather suggests it. That they are names the fact
that a thing, a door, the rosy toes of the dawn (i.e., the morning clouds), the idea of restricting
foreign investment for the sake of the interests of the country, and the number 4, is. To say something is,
is not to say that all things are. Yet, to say that all things, summed up, are, as to say, that they make
up a world, does not here speak of the is as the is that is only suggested by the logos we are now
laying out in this paragraph.


The question about counting up, about summing up, is not the question of formal mathematics.
A book is one, one book. A mathematical unit only exists in the mind capable to think mathematically.
One book is not one unit. The saying of infinity means infinite units, it means that at whatever number
we are at, 3980, we can always find one higher, the next unit. The same is not true of what one counts.
Yet, in counting we think already of this concrete more. A library, so long as it exists, might always
acquire more volumes. What does number mean here? Does the meaning refer to the world as the
summed whole? As all things? Not at all. The meaning makes us want to speak of an a priori. And
yet where is it? One says that causality, under Kant’s interpretation of the writings of David Hume,
proved to be not a matter of associationist psychology, but a basic undeveloped feature of any
experience. A basic feature that pointed to a source neither formal in the sense of what is essentially
experienced in any looking upon a thing, that what is massive must be solid, or, on the other hand,
this basic feature is not accidental, in the sense that one might always come across a tree that does
not grow towards the sun. Rather, Kant says here, Hume has not considered the genetic fallacy.
Which is to say, the dark origin of causality in no way makes it disputable, unreliable. However,
the region of pistis, of reliability, which Plato identifies, and always can not fully disambiguate from,
idea or eidos. The basic is the region prior to the division of perception and being.


In what follows we go towards the analysis of eidos, as it becomes for Aristotle the split between
form and hyle. Hyle is a feature that belongs only to the mind (or, does it?, for Aristotle speaks of
a strange region in what follows), motion, just as is the region of mathematics
when it means the region of what always is, as the timeless, where 5 always follows 6 and one need
not wait for it to follow. And yet, within this region, thought phenomenologicaly, one waits. The waiting is
not that of waiting for the 4 to become 5, and the 5 to reach 6. Rather, it is the experience of
mathematical thinking in its concrete abstraction. Which is to say, the abstraction is experienced as
much as is the concrete. What one must see in what follows in the Methodos, is the holding together
of all these considerations in the space of the basic, in the dark turning the logos when it speaks from
itself as it is itself spoken according to the history of being. One must see that Aristotle here is
Aristotle for the ergon of Heidegger, because and only because in genuine confrontation the
awesomely revealing play of being is drawing forth the investigation. Which is to say, it is wrong
to read Heidegger as an interpreter of Aristotle or as an Aristotelian, but rather this ergon, that of the
work named by the rubric Heidegger, seeks the essential flow of being. It seems that Heraclitus
spoke onticly, which is clear in his student’s refutation, which denies number to the stream.
This fundamental ontology always speaks illicitly, by rubric, of something unfound in a seeking
that wants to seek like the question that is only put, having or being a consternation that is put in
the strange happening of being. And yet, indeed, it does not seek to be overtaken by the inner abyss,
which has forgotten its creation, but rather, to what lengths does the question go to be more than
a basic question? Everything is lacquered, like the almost imperceptible smile on a face, with
awareness of genuinely questioning and entering the question.

Posted by epistemeratio at 10:51 AM