The disappearance of the appearances as the worldlessness and the unearthly as
what is prepossessed by Parmenides’ abstraction. 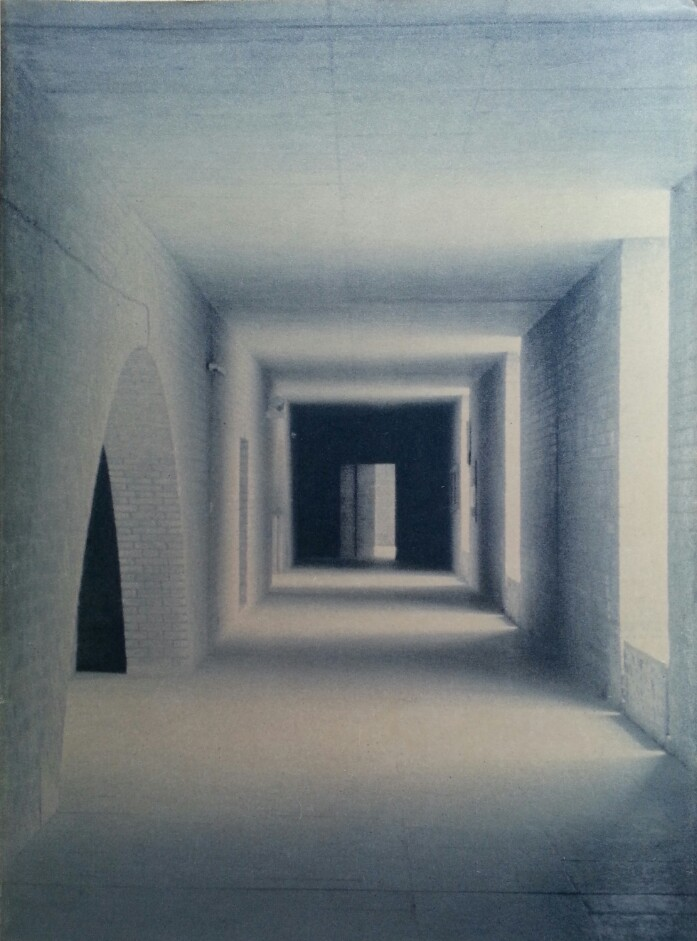 Parmenides bespoke the first decisive philosophical truth, and from
that time onward philosophizing occurred in the West. The first
truth—not only the first in time, the first to be found, but the first
that precedes all others and shines throughout all that comes after.
This is no "bloodless abstraction," no symptom of old age, but the
gatheredness of thinking overladen with actuality. Nietzsche, who so
surely ferrets out what underlies thinking and judging, never realized
that his entire thinking was determined by this misunderstanding of Parmenides.

The first explanation, which is rational, i.e., the rational is the first form any explanation took, for before
there were no explanations, peered into the drowsiness of what one found oneself exposed to, and
announced various impressions which held Da-sein in what came to be publicly named philosophising.
Muthos, which reminds of poetry, was not logos. It never formulated the question about first and final
causes. The “why” was lacking utterly. The “because” of the mystic is not the “why” of rational
investigation. Muthos was not myth until the myth, that which does not make one indignant as does
the lie, that which smiles back at us from the extraordinary creativity of youth, was superimposed back
on muthos. Whereas modernity returns to the origin of the rational, and attempts to push aside the
development in the name of Atheism, it never reaches the First Beginning. Plato and Aristotle were no
Atheists since Christianity had not yet been. But, in the repetition of this claim to the immediacy, to
the true wakefulness and the true investigation, one already begins with phusis. One already asks
what is natural and what is by art or habit. One does not even reach back to the on of Parmenides
which is hen as the One and not the many.

Every Da-sein is archia when it is worldly, it lives facing the past in what is before it, and when it is
earthbound it is racing into what is already thought amidst what it takes to stand before it. If past is
“abstract” than it could not be what one moves in. Is it bloodless? So far as one already knows, this
thinking of what is insouciant and same is the eternal regularity of what is not worthy of much notice.
Yet, it being the case that what is thought, rather than known, is philosophy become the essencing of
being’s truth. The future of the past is not what is referred to, “The first truth—not only the first in time…”
,  Such a truth was not first in time, how could it be? Time is the gathering of the force of regularity and
what can be depended on from out of the basic resource of the human worlding. Yet, time here, is not
the time of what belongs to the human being as its theoria, as its primordial guidance or orientation.
Rather, here, we speak of the historial, of what “precedes all others and shines throughout all that
comes after”. Here we speak of a moment in the history of being. Is it “bloodless”, does it have nothing
to do with “life”? And yet, with Nietzsche there remains a force ready to throttle such easy ascriptions
of error. It is not that the text with the name Heidegger does not see this—in fact it is through this text
that Nietzsche ever becomes greater—rather, it is in this challenge that the furious wave
gathers in its proper realm amidst what is most perilous and ruinous, fragmentation grazes its core.


There is nothing “literally true” so far as truth refers to the mathematical physics, for they refer to a
world beyond the sensorium. On the other hand, if all refers to the reliable production of what can be
made, of what mathematics gives one purchase on, we are always in the region of what one remembers
as what one has come to and found oneself amidst. The hardheaded man, the realist, and the rationalist,
believe themselves to be what this sentence just said, as if it were a physical fact.
The spiritualist feels each emotion as the play of the god, or of this or that harsh being, or
some blessed and sacred profundity. The metaphor of Wittgenstein is amazing because it never exhausts
itself in a simple appraisal of its image. The turning of a clock, a round clock with hands that move, itself does
not change the time. What is this time, how does it overlay all things, and is it not harder to read when the
clockface turns? There is no truth in the Absolute Ideas in the mind of God unless one move along the ladder
of rationality to the last rung and let faith carry one to the right way to live. In itself, a perfectly rational act.
The turn to faith.For whoever suffers, suffers because they are foolish, because they think they know how the
world is, but they don’t know, and so the world punishes them severely. Such is the old thought of God.
Yet, it is not attainable by way of this ladder as “literal truth”. What does this literal truth speak of but reliability
of our vague daily sense of things? It is so said that Heidegger, unlike the philosophers, merely spoke what
was true. Since Phenomenology describes but never argues. Yet, does it say what is true?
Only concerning the History of Being! Neither to the right way to live that is perpetual or to the epistemology,
which is really the name for the commentary or "footnote" on the theory of Berkeley, that hangs apart from the
human being. Since never before did anyone think lengthily on attributing a background to simple things such as
Bacon's chalk, or Socrates's mud, stone and hair. The West, in its downgoing, is to the dread powers of the
abyss an extraordinarily clam death. The most pacific death. Death in the ever deepening indifference concerning
the question of being, in this most “bloodles” question of being that drowns one in utter drowsiness.

Posted by epistemeratio at 6:50 PM