Some Perplexity Emerges concerning World as Necessity of Being, the indefinite and determined
in Kant’s transcendental thinking 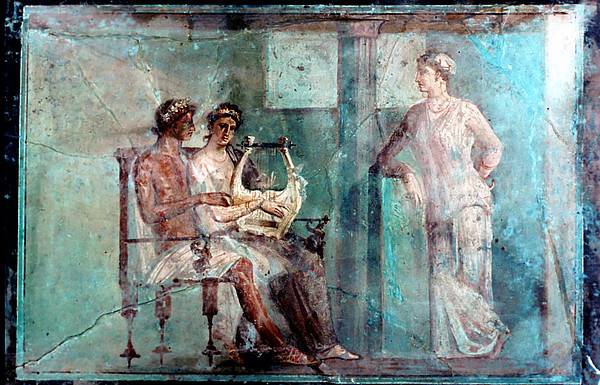 
But what do we mean by the beings, understood purely and simply? This and that being, the many
things that are—plants, animals, human beings, human works, gods, all beings together, the
complete itemized sum of individual beings—do philosophers mean this sum of individual beings
when they say: beings—τὸ ὂν, τὸ εἶναι? Are then the beings the sum of all beings that we reach or
try to reach by counting out and adding up the individual beings? Let us check. We begin to
count—this being and added to it this being and then that and others, etc. And let us just assume we
have come to the end. With what did we begin? With an arbitrary being. Thus we did not begin with
nothing: that we could fill this out by enumerating beings and thereby obtaining the beings.
We begin with a being, and so indeed with a being. How is this? At the outset, until we have

gone through and counted. we do not yet have the beings, assuming that the beings are formed by
the sum. However, we begin in this way. We begin according to plan: in order to obtain the sum
through counting, we begin with the sum. We select a first from the sum, which, according to our
hypothesis. is in fact the beings; of course, the sum from which it is selected is taken as not yet
counted up and tallied. Beings have their sum, the number of which, however, is not yet known;
it is supposed to be determined in the count. We proceed from the uncounted sum and start of
with an individual that belongs to this sum. So it is the uncounted sum from which we proceed to count;
the sum is first. But that with which we start out counting and count as number one is not at all the
first. In counting beings, we proceed from the uncounted sum. What is the uncounted. The so and so
many, where the amount of the principle number still goes undetermined.


The extraordinary bickering, taken as a mere sparring with words, over the last 24 hundred years
could be pictured as the difficulties of a peculiar individual who was able to keep many thoughts
before him at the same time, and with awareness of a great many difficulties. And yet everything, the
life of the “West”, proceeds from the thinking of phusis as what diverges from being. The obscure
principle of motion as something susceptible of knowing as such. Such is a mere narration of the
sense of the word phusis. Phusis is what happens of itself, what comes forward of its own. It is
distinguished from nomos, but, ultimately, very early, with the Greeks already, it was seen that
nomos is also phusis. Could one even undertake to see this development as a short deviation? A
peculiar strain in the essential holding sway of being? When ousia means subjectum, it is radically
dependant on the thinking of phusis, as essence: as what the thing does on its own according to the
form. A lofty pine must maintain itself, in being a pine, through growing in the manner adequate to its
peculiar way of being, the dispensation of its form is the inner principle of its being as ousia. In
raising ourselves out of ordinary speech, into a region of technical clarifications, for all technical
terms must clarify or they act to shut the door on thought, do we then draw away from the
“undetermined”? The clarifications of the different sayings of being, with its four-fold saying, is it a
“counting”? When the “form” (and ‘soul’) is cast aside, according to a thought experiment, such that
“forces” come to determine the coming forth, stated as principle: there must be a closed system.
Modern physics, the clinging to the furthest truth of the “sample space”, of the prefigurement of the
seeking. A system of conserved enclosure, a “universe.” But, being?


The setting aside of ‘form’ is at the same time the setting aside of a just beginning, of a beginning
from the perfection of the perpetual prototype. The taking up of “forces” is at the same time the
setting forth of the region of utter injustice, of might or power. It is the playing out of the essential
possibility of the addressee of the history of being as what is “Western” and “Metaphysical”, as the
peculiarity of the specified recipient as a world.

Why does the road seem to us to be longer, when we walk without knowing how long it is, than when we do
know, if we are the same with respect to other factors? Is it because knowing <how long it is>, is to know the
number? For the infinite and unnumbered are the same, and the infinite is always greater than the determinate.
Therefore, just as if one knows that it is such a length, it must be limited, so too if one does not know how long
it is, as though converting (the proposition), the soul is led to a false conclusion, and this appears to be infinite.
Further, a quantity is determinate and what is determinate is a quantity. So when something does not appear to
be determinate, it seems to be as it were infinite, because that which is naturally determinate, if it is not
determinate, seems to be infinite, and what appears not to be determinate must appear in a sense infinite.


It is said, in coming close to death, time grows again longer. Who plunges into contemplation of
the ultimate seed hangs in the unbounded and the infinite. The infinite and the indefinite, reminds ofKant’s ‘epistemology’, his foundation. Kant, to be sure, had no epistemology, for he did not ask about
the datum in the style of post-Kantians, but, rather, it was through thinking Kant as the failure of the
transcendent, that the notion of epistemology arose at all. Thus Levinas says: the infinite is very
close to the transcendent. Here, the more our Methodos, as its system, is tangibly thought through
as what is indefinite, and unsystematic, it has the character of Aristotle’s questioning of dunamis and
energia. And of Kant’s thinking of the transcendental, insofar as the transcendental does not mean

‘the conditions of the possibility’ as what is undeveloped in time. What is left over for it to mean if it
does not mean this? Exactly that it had to be discovered where to make the determination out of, the
sum of the indeterminate. The so-called “uncounted sum”. In speaking here of this indeterminate
region we don’t speak of a determined region of genus, out of which a collection of strict technical
determinations can spring, but of a technical region that is already thought in the confusion of
thinking it as indeterminate. The thinking must pierce the abyss of the illogical saying of a
‘indeterminate determination' by actually thinking it rather than staying with the slogan. As mere logic,
contradictions are simply fallacies. But the region of thinking is not bound by a prefigured track.
Though, at once, it moves on the leveled ground of the track that is always before it as its past,
which is its self.


In this sense “being” as what one is thrown to be, already plays the role of what Gadamer insisted
was necessary to a philosophy. His critique of Heidegger was fatally misguided. Being itself is the
‘communication’ he sought. This is said here, in the Methodos, for the way it means: the past. It is in
this way that the dread of existential estrangement hovers about any research which in abandoned
seriousness, having looked on it, senses the play of being in the indefinite determination = world.

Posted by epistemeratio at 12:18 PM