Some conceptual analysis and historical housekeeping within the ‘eternity of the present’ (i.e., of
journalistic or realist [cf. Hegel] consciousness), in passing, on the way to the remainder of the
current text and historial investigation proper. 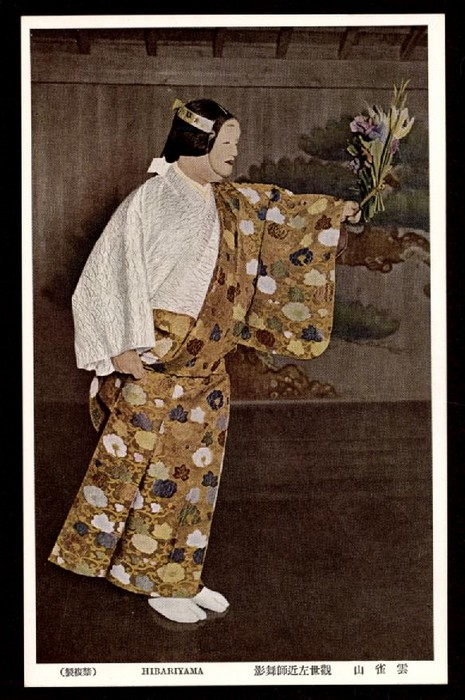 
And what is he given to comprehend when he allows beings to obtrude in their obtrusiveness by
questioning in this way? Precisely this one (the obtrusive present), such that he is not able to say
anything else, but must say: τό όν  τό έν―beings, they are precisely this one: being: being is the one,
what beings as such are. He let himself be overwhelmed by this one, but greater still, he withstood
this overwhelming power of the one and uttered each assertion about beings in terms of the gathered,
simple clarity of this truth (see the later Antisthenes: the one and λογοσ Concerning το ον and λογοσ,
see above, p. 5f.).

The sound of a flute, the air filled with large white honeysuckle flowers on green-leafed tree
branches, an utterly beautiful woman with a glint of light gleaming on her leg, the sudden downswing
and return towards the zenith of a hawk. One sees all kinds of things, and senses all manner of
sounds and scents, delectable tastes and actions of various character. However, abstractions are
what is not seen. And conceptions are the statements that bring abstractions into the deliberate
ground of reasoned argumentation and logoi of various kinds. In the basic sense one sees a vile act,
such as is described in Stevenson’s Jekyll and Hyde, and accompanied by the comment that it is
nothing in the telling “but hell to see”, the violent and unrepentant knocking over of a child in the street
by Mr. Hyde. Yet, in modern times the fact has come to speak in the place of the action. Can one,
without acumen in thought, attain to the "sense data", to the "given" which is to say, what is there for
us, es gibt, does it give?, or is it merely there, what is it to be there? Does one reflect and then see
the "thoughts" of a Berkeley? Does one see with the eye, or is phenomenological immediacy
primary? Does all require reflection? One can reply to this, captivation, for man, in the sense that
animals live without reflection, means the exigent moment when the answer must come at once.
Yet, for humans, exigence is the rarity, and reflection is forever the manner of being. At first, one
might think that the Greek essence of man, logos, the rational, is some kind of "synthetic a priori", is
it a transcendental condition for any possible experience? Talking? Or is this an existential analysis,
raised out of the manner of ordering the sense data, found in modernity, superimposed on the Greek
mood? The mood of the Greek Element. For now, as we are making ready to see what "genuine
philosophizing" is, through the text of Aristotle under the guidance of the ergon with the rubric
Heidegger, we must turn away from these questions which are, indeed, have a claim on us, that
the Methodos stray into a region apart from that of the confrontation with Aristotle would be fatal.
Yet, one is perpetually amidst what is thought in our tracking that is drawn towards what it already is
no longer too drowsy to fail to harmonize with and so we speak in order to keep the perpetual thinking
anew thought in the tracking.


One no longer commits the “ignoble fact”, as the older language still said it. The fact is supposed to
be determined in contradistinction from the value (the connection to Hume, is/ought, though true, is
only what leads to Kant's interpretation of the juxtaposition, and comes into proximity with the mind
of Nietzsche through Shaupenauer, the basher of Kant [In fact, what Hume intended by this juxtaposition,
spoken in passing, is not obvious, and seems to have pointed to divine truth's inaccessibility
to unaided reason, which, anyway, was already the Catholic view] ). According to the students of Nietzsche, who
attempted to rescue his thought that had transformed themselves for the university through cleaning it,
Weber and Simmel. Later, by way of the Vienna Circle in keeping with a ‘logic’ that ceased to have any
real dealing with the human being in his normal linguistic character, but it was the mathematical
character of “speech” which this logic referred. Thus it was misleading insofar as there exists no one
for which math is their only language, but, yet, it is not only misleading. For this Apollonian region is as
much true as is the region of the sensorium and natural language.


Have we come to an impasse where the notion of “common sense” can only mean a popular opinion
poll? Man as man, for the Greek, had reason. Reason, i.e., logos, is always the way opinion
tells-to-us in statements by connecting nouns and verbs in the simplest sense. Yet, it is just what we
have just heard that is in doubt, indeed, is it opinion that tells? Opinion, that of the hominem, of
anthropos or man, that which propounds in the reasoned argument which for the good or sound man
is persuasive. Yet, man as man relies always on a basic region of shared confirmation. Such that
“Crete is an island” is granted. Such that, as Strauss says, one need not be told not to interview
racoons when sent out on a social science field study. It is taken for granted. Common sense, what
is it? Taking it that when one is sick one should rest, when tired sleep? One says, that person has no
sense. Some people seem to lack common sense.

Insofar as the customary law refers back to the human being it remains to be asked is the opinion of
man an abstraction, apart from being? Insofar as the customary law craves the sanction of the natural
law, it refers to ousia as a substantial form which expresses the good man, as the highest
representative of man as man, as what becomes the divine ideas of the Absolute Norms, in the mind
of God. Yet, as soon as Reason becomes instrument, inheritance out of the DNA and the biological
history, it is determined by techne. Whatever belongs to techne is no abstraction, rather it belongs to
the exceptional power of the sciences. Values become a manner of facts which are sent as orders
out of the Evolutionary unfolding of historical man. Historial thought moves utterly apart from the
determination of techne, yet, at once, it is only in techne that the confrontation leads to the
unconcealment of historial Event.

Let us consider howsofar we deal with abstractions when we deal with what is conceptualizeable in
reflective pondering as a theory of the ordering of society according to law, division of property,
authority, and the use of coercion and violence. So far as these subjects refer to the question, What
is the right way of life?, they refer to the essence of man as man as ratio, as reasoned
argumentation which states the rational essence of man in the greatest and purest clarity. In
modernity the dissolve of the estates lead to the Marxian claim of a equality of economic opportunity,
in the form of a interpretation of Natural Law as the removal of the middle man, or the exploiter, from
the labor to market cycle.  In the current period, the demand based on the thinking of Plato through
Hobbes, which emphasizes the necessity of the means to attain the right interprets equality as the
simple equality of economic outcome. All the thinking of man as man was set aside in the thinking of
the particularity of historical situation. Such that what arose was the dismissal of the West as such,
the Going Under of Western Things. This meant that Philosophy was over. It was replaced by
something that at first appeared as radical democracy. The radical reversion to devastation spread
more widely than had ever been seen under Napoleon for almost 20 years without room for breath
was taken as demonstration of the impossibility of what came to be known as the technocrat.
Against the arbitrary and artificial laying down of schemes of rational rule, was seen the expression
of the people as the source of the law. The manifestation of the people was understood as the
production of the people of those individuals that would give the Gemeingeist, the group spirit, at its
peak manifestation which would stand in the midst of a people who saw in the manifestation their
own extraordinary depths.

Radical confusion with respect to what is “abstract” runs back into the thinking of all peoples such
that the division between the eternal subject matter of reflection, and the passing things, no longer
seriously can be grasped. This is as much true for the Catholics, the highest defenders of
Natural Right, as for everyone else. A small remark, but necessary: the present professoriate
largely produces a paid amateurishness which never feels itself strong enough to rise to the level of
philosophic work, less-than-half-way in every respect. Plato is referred to as an “objective Idealist”
with the implied excuse that this points back to insouciant commonplace understanding of present
day physics and that nothing more is needed by way of excuse than to utter the word science.
That Plato had no notion of epistimology, of science in the modern sense, of an approach to the
problem of perception beyond the day of Descartes matters not to such people at all (we
exaggerate in that the condition is not universal, but general and pervasive),
since they are unaware of the difficulties. One looses interest in such matters as this contemporary "philosophy".
In the same lecture one is informed without qualification that Plato’s dialogues can be tracked
according to their production, in chronology, and that the last was the Theatatus. Silly talk, which
demonstrates the utter lack of philosophical consciousness, which virtually demands one assume
Plato was an idiot, ill-informed. Pretending to understand the claim that there is little “progress in
philosophy” (a meaningful statement when adequitly understood) by resting vacant eyes on an image of one who has returned, for instance by glancing
in some mirror, a Penrose, to Plato, is concealment and forgetfulness. Put another way, it is
indistinguishable from a “realism” without insight into historial Da-sein made worse by a lack of
knowledge concerning the philological historical account of the development of philosophy understood
in the most banal banner which fashions from moment to moment further empty headings and
toxicological divisions of no import.

Posted by epistemeratio at 4:59 PM