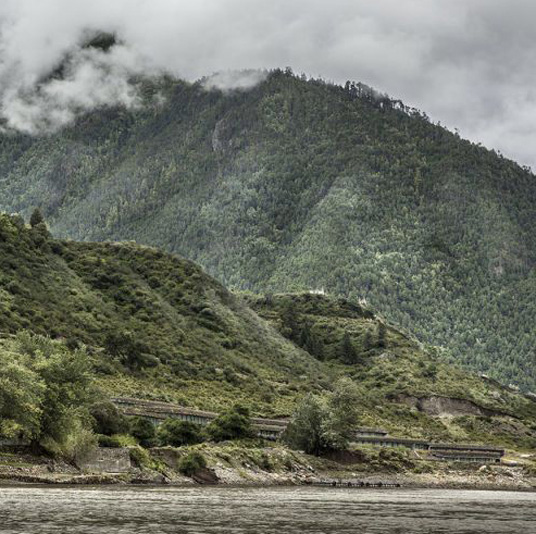 Individual beings do not first yield what we call the beings by means of summation; rather,
beings are that from which we have always proceeded when counting out and adding up,
whether or not we determine the number or leave it indeterminate. The beings permit the
countability of individual beings; the sum of these, however, does no at all constitute being.

This seems to be a definitive assertion. I can’t approach and subitize without being, in the vague sense,
where it does not already tell one that we are dealing with something that is countable, either as what is
already part of a series, or as what is not yet counted. Yet, this is not put forward as an assertion.
Either as the statement of the result of an argument, or as what one might assent to or reject. Neither
is it a phenomenological description. Such that it is a record of what shines forth such that one says,
“It is not certain that it is so.” As though a little doubt, a decisive reflective doubt, came into the sure
reliability of the region of the senses. The question is torqued here at a deeper stratum, which is not
the stratum of the appearances (phenomena). We have to assume the ergon of the work tells us
something through the logos in the above paragraph, such that the human does not assert something
by way of a judgment that assumes a given datum is correctly spoken, nor, on the other hand, that we
have come back to the level of the appearances through a strong and active thinking that refuses
common sense’s wisdom preferring the greater rigor of Husserl's thesis that the basic description
can not be wrong, since there is nothing else.


To subitize is already to do something that can be done more than once. It is an idea, it has a look,
both for the discriminating reflection which educates with logoi and for the glance. It essences.
A blazing fire is an idea, which can be pictured in an indefinite number of ways. Also, whenever
one come across fire, though in a novel situation, e.g., in a fireplace of a kind one has never
encountered, say within a Weimar, art nouveau, décor there stands an intricate stone mantel
and there is the burning of birch logs. One is already the sort to know what fire is. Again and again,
in any concrete setting. What fire is is indifferent to the count: how many fires? Is it a ‘whole’ fire,
or has it failed to vector towards the true fullness of fire. Perhaps we have only smoldering and the
dance of the radiating glow of the coals. Is it fire? In a certain sense, ugliness is beauty, since it is
the privative state of beauty. It is what is not favoured. A match is not yet fire, but it is not deprived
of fire. It might be used to make fire. Commoning into all this such that one sees it already is the
“one” of all the things that are there is already prefigured in Husserl's claim. His claim seems to be
about a basic stratum which nothing could be back behind, which could not be wrong, and yet, it
assumes that what the logos tells is. This manner of asking about which is more basic is never
definitive, but, all the same, it undermines the “certainty” of Husserl’s claim that nothing could be
lacking in the basic procedure of Phenomenology as he thought it. At the same time, the basic
force of this thinking is not mere play, but shows in the farthest might of the most energetic technical
advancement. For all such advancement comes from the thinking out of the basic way of thinking this
being. This first thinking of what is stable is dramatized by Hegel, as the first rising of the sun towards
the absolute knowing, it is just in this sense that knowing first makes sense. That seeking knowledge
begins to be more serious than anything else for the Greeks. And most of all, for Aristotle who still
“controlled the university” until well after Descartes. The overthrow of Aristotle was not fully
accomplished by the Enlightenment, but by Nietzsche. However this overthrow led to the resuscitation
in Simmel and Weber, and then, at length, long after the “fact” had come to reign in the German
universities, it reached the schools derivative on Moore and Russell, and the Vienna Circle.
The same condition of utter superficiality still reigns in the current period. Such that, by and large,
Berkeley who denied essences exist without perception, is fatally misunderstood to have spoken some
sort of fanciful nonsense, which is then back-laid over the tradition making it appear a series of
imbecilities rather than an even zenith of thinking. In fact, no less truth is to be found in the thinking
of essences than in the modern Sample Space thinking, which calls itself by the curious name of logic
(meaning, Symbolic Logic). Ergo, everything is thrust back into the furious buffet of popular sense,
which is concrete only through its moorings in reliable repetitions of daily dealings.

The sense in which Berkeley was an empiricist is really the sense in which the Scholastic thinking of
the difficulty of the ideas was modified afresh amidst the Enlightened rationalism that discounted the
teleological essences, for instance in Voltaire, with the comment about the eyeglasses. However,
these rationalists themselves still found in reason an unbound source of wisdom, which did not
admit that it could not foresee in the sense of being a “bounded rationality”. The kind of perditious
discomfiture that has been with each age as the identity of all bickering and struggle to establish
knowledge becomes at length a total inability to answer the question what can and may be? The
“fact” is purposive insofar as it refers to the Sample Space of a physics, and the possibilities of
motion. Whereas it is unlimited possibilities of its factual malleability. The limits of the ultimate seed
of all values in the “fact” spew out of uncabined times into the what could be. The amateur sense of
the what-can-or-may-exsist assembles in great force, fiercely vying with all human
technocratic dictatorial claims to stable sense. The "opinion", as what can be thought with liberty as
long as it does not get done ceases to obey the not-be-done having discovered the fraud in the "right".
And it can not be said how far the what-could-be is from the times in their basic demand according to
the thrownness. Yet, in all this, it is the being of the facts, as the specific thinking of the Sample Space,
that refer back into the basic appearances of a popular sense which can never know what it stands on,
whether a biological origin in a phylogenetic horizon of unconsciousness, in which it is always only
what a light now brightens from within the whole store? And all this based ultimately in the unfolding of the unknown
fact? The basic sense of a value has no meaning outside a basic knowing of what is as the ground
of What can be hoped for?, insofar as men take slavery to be part of what must be so long as
agriculture and labor are necessary, and no ideal of a slaveless society appears. The fact and the
value proportion each other on a scaler accordion which suggests its vector through the shifting of
its own magnitude within itself.