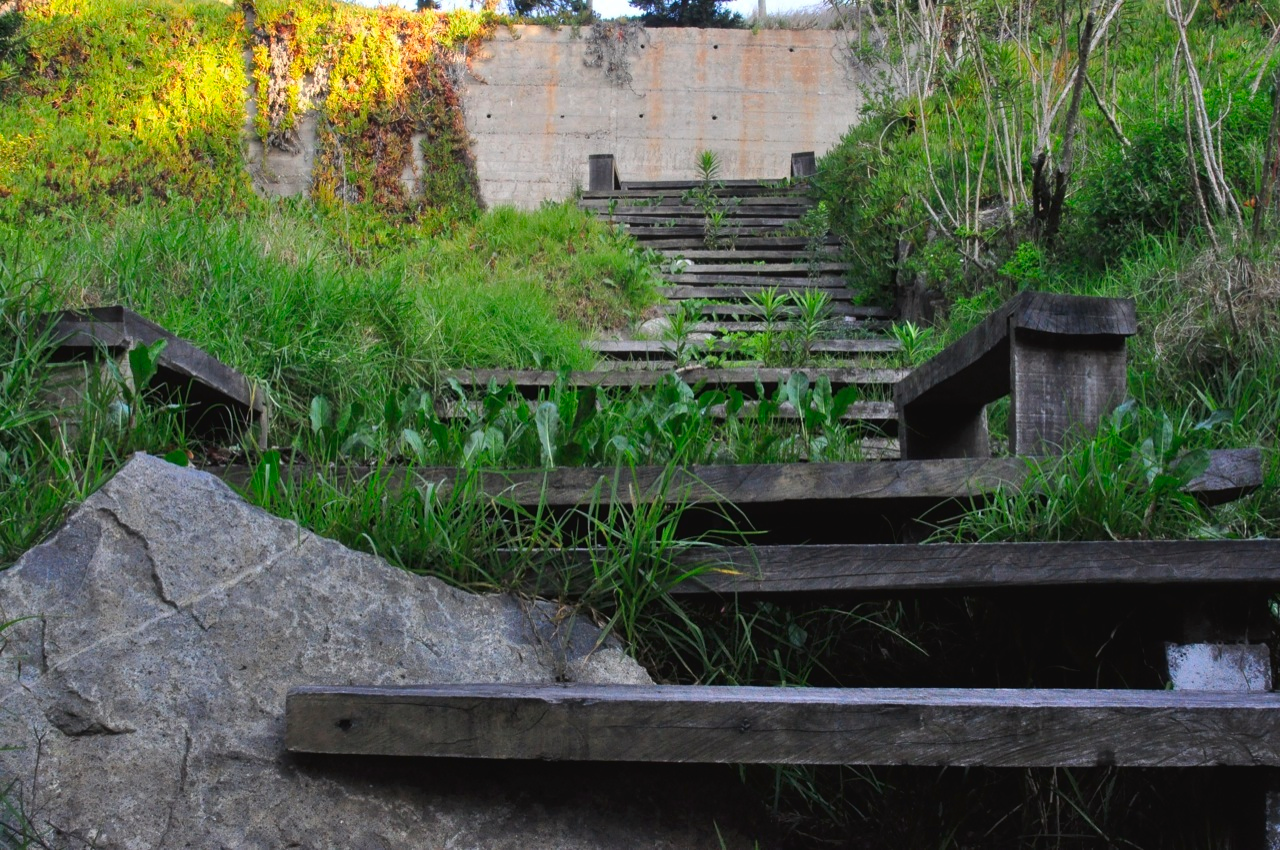 And yet—: the beings are for us something like the collective whole. What do we mean by the wholeness
of this aggregate? We do not encounter it with regard to its determinate or indeterminate sum—although
certainly "summarily." And we do take it this way and have taken it this way all along. Summarily, that is,
on the whole, generally; taken as whatever the single being is before any count, beyond eve particular or
universal. When we—and this continuously occurs long as we exist—have beings before us, around us.
In us, over us when we become aware of these beings. Then we are seized by that which intrudes and
obtrudes itself on all beings from every side. Indeed, in the end, is it precisely this inherent obtrusiveness
that causes us to address beings as beings, τὸ ὂν, and to say "it is," and to mean thereby quite explicitly
what we call being, τὸ εἶναι? The wholeness of the whole (beings) is the original concentration of this
obtrusiveness.

Unyielding acceptance, merciless rejection. Such is the basic trait of the reason or logos in the
human being. It shows itself with the Greeks long before Kant begins to smell of freedom.
Freedom, most of all, becomes the supposed tension with the objectified object. In any struggle
between a materialism, and a will of the human being, the subject matter we now move towards
plays no role. And yet, at the same time, one is by force with one’s own time, even against any
identity, even while being with the call to openness and future. What is the earth without the
world, When had the world been without the earth? A refinement of non-rhetorical speech,
a speech that speaks or, better, narrates without arguing. τὸ εἶναι, existence, becomes phusis.
All ideas stem from phusis, from the principle of the peculiarity of motion, subsuming
everything under notions of motion, each thing becomes divested of concreteness, but, in
discovering in which way the thing moves, it comes again into a higher unity of thinking.
Stones fall, they oppose levity. The smell of freedom reminds us of the yellow of Autumn,
under the sun, when the chestnut trees are bathed in the light just as it begins to fail. And
yet, for Kant, this breath of air, perpetually sprays itself in the inner region of the a priori,
as what is wholly undeveloped in time. How little is beauty, thought in the manner of existence
(τὸ εἶναι), free? And yet it is Kant who first sees beauty in the Greek way, when he says the
flower has no form, it is part of beauty as what is “indifferent”, as unconstrained favouring.
To favour, to genuinely favour, without interest, such is the existential meaning of freedom.
And yet, why does Kant insist on spontaneity, with respect to the free will, the good will?


Now we are considering the overlay of what is thought, by each stratum of the human being
(though, exhaustiveness is not aimed at). Most of all because in thinking of this being we think without the human being, or attempt to.
No longer is the existential favouring freedom, as if to be a “national aestheticism”, as
though the anguish of the Greek who, yet, sensed the “sweetness of being”,
was already that of a Nation? As though the Greek already was disturbed by the whiff of
rationalism. And attempted to read his grief in the dry earth of reverence for the former things.
Rather, most of all, the Greek escaped being, in Homer it already seems unbearably strange to
speak only of the “light of the sun”. First man was basked in the twinkling dance of the high aim,
of Plato and Aristotle, of ratio. Man was no longer a creature of unconstrained favouring.
The sophist divorcing himself from his logos, says that the argument must live apart.
The hominem, the man, is now the answer to the argument (as though anthropos had already
fled under the gaze of the archons in the Areios Pagus). On the one side, wisdom,
on the other, the argument of the sophist. On the one side, refutation by contradiction which
the sophist always finds in the “argument”, on the other what is found in the unyielding opinion
of the undomesticated soul of the mob. Just as much as the biological man, which is to say the
historical man when history is thought as empiricism, relinquishes himself in the impossibility
of the denial of the unalterableness of the past, the rational man becomes the rationalizing one, who
in the last resort appeals to his religious motivations, this or that god, identity, freedom,
inclusivity, individuality, rights, citizenship. Inasmuch as the thinking of beings, in the ergon
of the work proceeds, in the decisive respect it sets aside all humanness. Not becomes of a
favouring of this or that path, or because it will not yield to such and such a foolish view or
this or that ideological manipulation, but rather in simple narration of what is whether it is
liked or not.


Historia, what is unalterable, the earth. Yet, the earth is never without the world. The world,
the synthetic conjuncture of what is never arrived. The world is genuinely futurm.
However, it is never without the earth. The earth is what is always standing before one,
as what one is exposed to, essentially. When this is thought as Will to will. it does not mean
the biological unfolding of an evolution, amidst the natural history of the earth, but neither
does it mean the discovery of inner ideas, which set things before one always according to
different tendencies, and governed by the unyielding firmness of a conviction which, when it
grows deep, seals the soul in hypnotism. The play of Historia, as earth, and the world as Futurm.
This eventing is what is at stake in this Methodos, as it thinks through the peculiar ergon of the
work we now read paragraph by paragraph. The manner of time that treats of the basic ground
of meaning, moves at the ontic level of the Will to Will, seeking to think this as “radical
dispensation of Fate”, rather than the powering of Macht which seizes the chance to determine
the direction of Da-sein as the universal Da-sein which asks about no “we”. Rather it subsumes,
from the beginning, all beings in its hoop. All back running thinking, still seeking to save the
worlds from this world, fall prey to mere stubbornness, in the grasp of what can always be
“chosen”. In this much it is difficult to understand Dugin, how is there this mighty choosing,
without the field being total? The choosing assumes the openness of all beings as the selection
for the choosing being. No particularity has any ultimate ground.
Posted by epistemeratio at 3:45 PM