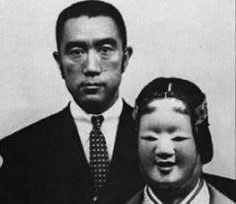 (But it is preserved only as long as it still provokes and sustains a
question. Nevertheless, this original truth is not that of essence; rather
essence is necessarily deprived of power in it. The beginning immediately
becomes entangled in being as presence [actuality]; presence is the ineluctability
[of essence] in the first breaking open.)

This word bursts open, and yet it hardly is a whisper. Why? It is precisely the forgetfulness! In contrast
to the urgency, to the divine outcry of the Early Greek fragments, this word is simply something that
speaks, as though alongside other “high” “culture”. What could mislead more fatally? Most of all this
word, which does not declaim, but can only narrate, urges the wondrous to come forth. And what is
the wondrous word but that which is ready to set aside the break between what is and what becomes?
Presence is the available, the stance of some manner of being, over and against what is ready-to-hand.
Nietzsche, rightly understood, says, There are no moral appearances, only reliable appearances
morally interpreted. These “reliable appearances” (gewisser Phenomena)  are what a temporary
and local community agrees upon. They are “common ground”. The Platonic thing. And yet, in Plato
all is illusion, all is ‘Socratic’. Since, only in the Seventh Letter, does Plato speak from his own resource.

Eminent questioning—I do not say human questions—questions—this: What is causality? “Science”
is always Greek ‘metaphysics’—the study of nature—phusis—natural order—reason.
“Always” implies the “is”, the independent existence of “being” which is no “becoming”.
In the work called Heidegger being & time never name being and becoming. Becoming corresponds
to “presence”—the available—being to the ready-to-hand—the already, standing immediacy of the
interpretation for the human being. Time is the “-”.

What is “a question”? It is what is asked as that which is the essence of man. For only man
can ask. Howsofar does the question seek man? Howsofar is the human being what must be
left aside in the coming of the being that has no rubric? Yet, most of all, man seeks to
obliterate from the face of the earth the enemies of humanity. Leaving, of them, no trace
behind.

Posted by epistemeratio at 4:37 PM