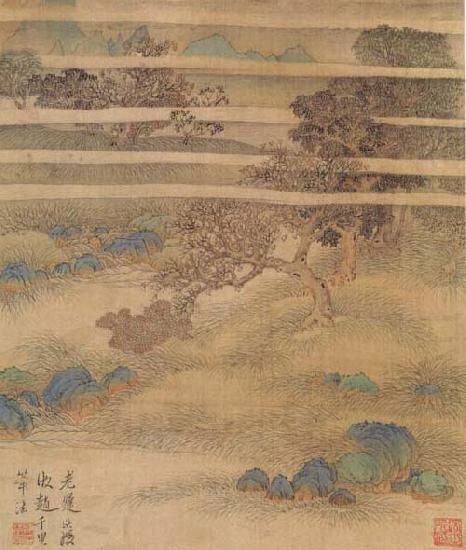 
"Being": a thought un-Greek as no other—or indeed Greek?
"Being": vapor and smoke—or is it the innermost hidden fire of
human Dasein? We do not know; for that reason we are questioning
that is, we are struggling to inquire correctly. All we know at the
moment is that when beings are questioned at the very beginning, this
differentiation of beings and being exists in the form of an equation.
Here we must again note that τὸ ὂν actually signifies being [das Seiend
(participial) and being [das Sein] (beingness). We are provisionally and
in a general way trying to throw light upon this peculiar state of affairs
regarding the differentiation between beings and being so that we can
at least surmise that we are not dealing here with a meaningless and
arbitrary choice of words; all the more so because language is the
source and wonder of our Dasein, and we may assume that philosophy
did not misspeak at the time of its inception or when human beings
came into their proper existence.

Blood out of the jugular vein, turned loose by a sword, sprinkling the early winter air, the end of the life
that the embodied one found, that had been sent, sent for what? The last question soon grows, and
scatters our energies over beings, it asks what the right way to live is, it asks about use. Plato didn’t
listen to music which someone made by their own wits, in any way they wished, creatively, and which
whoever found it a worthy banquet might go hear, for enjoyment. Why ousia? Why did the discourse
Plato prepared already make it a more remote region, the region of being and beings? It has
been “sent”. Already the “what” is a prediction of what is sent. The music Plato spoke of was useful. He
attacked distorted music. There is an art that works with mimesis, and an art of phantasm. So we learn
from the Stranger in Plato’s Sophist. What is a stranger? He is the one who is guarded, rather than the
shameless. A stranger is wary, punctilious, he wants to make a good impression. In speaking to
strangers we do something analogous to speaking to enemies. We bring out a specific form of the
human essence, through language's phantasm. The stranger says, a statue made for the use of a
temple, that towers above us, is made by a false arche, its principle is not to produce the proportions
rightly, but it makes the higher parts larger, to account for the point of view of the mortals bellow. There
is language, “ language is the source and wonder”, and there are ‘languages’. However, in seeking
what is “sent”, in this language, rather than through ‘languages’ seeking the end of dialogic work, the
“what for” of life, how to live, we seek already in the region of a world, in the Greek Beginning, within
this “whole”.


According to Nietzsche Kant reverses the relation of ousia, substance, and what is said of the
substance. If we follow Nietzsche in championing the appearances, we do so by making appearance a
truth. We must have something, so we reject “truth”, unable to stand it, and bring truth back in. This
skipping from phenomenon to what is real, spins about being. But in what sense does being transfix the
first “proper existence”?

and being as the nothing is, and being as ta panta is. However, what is this “as”? In the context of being
as the nothing, this can’t mean that saying nothing means the same as saying something, saying that
hen is, does not say the whole is whole, saying nothing is, doe not say, nothing is nothing. The whole,
the world, is. This being, this one, is. If the phenomena are True, i.e., that on which the rest depends,
they still are. The truth is. The questioning here is not “forgotten” at all in the sense that at an earlier
date someone wrestled with it. But, rather, something unasked is now drawing one to awareness,
in the sense that the standard sense of history is the positive forgetting as the life which was sent. From
generation to generation, each one maintaining their own metes and bounds, away from and as a
being. The radicality is essential radicality, forgetfulness through the withdrawal, as the setting’s (the
downgoing’s)  most radical hour. What does it stretch towards? Can it be stretched towards?


Posted by epistemeratio at 4:58 PM