Some Historial Connections concerned with the Questioning of Being, and the movement of the Metaphysical Gods 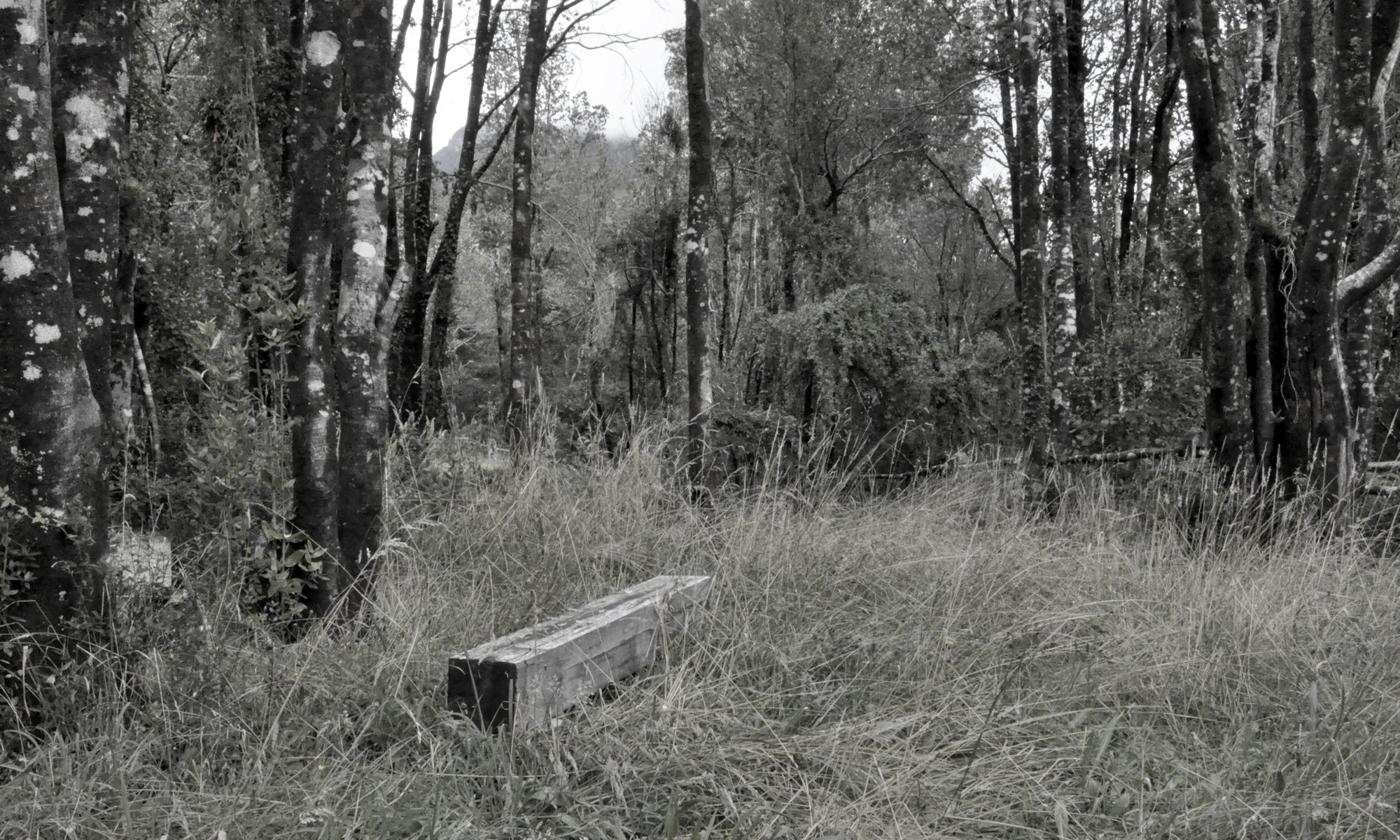 Even today, we still commonly make this equation, although more
with a sense of a hopeless confusion. Thus we speak often in philosophy
of being and mean beings. On the other hand, we say beings
and mean being. Basically we comprehend neither the one nor the
other. And yet we do understand something when we say this, even
though everything dissolves into thin air when we attempt to grasp it.
For example, this thing here, this piece of chalk, is a being, it "is"; we
say this of the chalk because it, as it were, says this to us in advance.
In the same way, my speaking now and your listening and paying
attention are [ways of] being. We experience and grasp beings constantly
and with ease. But "being"? In a certain sense we understand
this also but do not comprehend it. How then are we to distinguish
the two beings and being, or even understand the relevant inner
relationship between the two, if all this has not been assimilated or


for that matter even expressly questioned?


The talk of beings brings our thinking into proximity with the thought of the whole, and yet, the notion of the whole was a great discovery, and it is not part of the thinking of all human beings. The whole, each thing, one after another, until the last is counted. The whole, for Greek Thinking, stands between khaos, which is the unbounded, the black gulf, and cosmos, which is the mete and the bound that binds all things. Later, this khaos means, confusion, stasis in the sense of anarchy or wild activity, uprising, the Arabic word fitna reminds of this. Khaos makes one think of a primeval forest, the early overgrown world, the howling of the wind in the heart of winter, man has not yet become man. The space of the city, where, as it is said in Thucydides, men first walked freely without fear of attack by their fellows, even when meeting with strangers from afar. In all this, which is far-radiating, and has reached us, we hear nothing of this “But “being”?" The text of Being and Time speaks, as we have mentioned above, of the “peculiar” word of Aristotle, concerning the fear that being might “go away”, which Aristotle ascribes to the “ancients”. The whole is the region where the zenith, in the form of a teleology, is sought as the to autos agathon, it is the region of nous and the noetic. It is the region still sought by the rationalists, who separate the moral from theology, it is god when god falls prey to conceptualization and becomes “projection” or the “subject”, i.e., of man as beside the objectified object.


We must properly allow the “But “being”?” to reveal itself to us. In all talk of Nature, something else is implied alongside this Nature, in formula it is that referent that must not refer to itself, as in the thinking of a Russell, it is the human being. In this talk of the “but,”being”?”, this is not so. There is no outside from which to come to a truth about this matter. As though what was being thought, in the customary way of moving forward, in the Methodos, was to be judged according to a claim to knowing it all, or being mistaken. Rather a decisive involvement is means that truth is always something thrown up in such a way as to imply man as man. Ergo, the what it is without man is not a question that concerns some reality or Real. This question is not at all moving in the region of the Metaphysics of a Marxism. Rather, the entire relation of ousia, as energia and dunamis, as the essence of non-contradiction, is, in the sense of the “But “being”?”. Ousia, which is the essence of the nothing as absence, and of the something as the categories and substance, is this being that is a being, and not being. We should allow what logos as Narration brings out to draw towards this region so as to sense what can’t be laid down in a rubric or formula.

Surely we must be wary of the continuation of Metaphysics in Ethnology and Anthropology. In the “post-modernism” of “difference”, in the doctrine of cultures. At the same time, it is not prudent to say, as of Dugin, he has made an error, since one must say, instead, this thinking is another thinking. Why? Not only in the sense that if we take a thinker to express something serious we must not measure it against a presumed know-it-all measure of what is true, but also because we have here a what is thrown in another way, than the West (or, perhaps one might hazard to say, the Commercial Global North), where the bourgeois ego is the measure of all things. This is no praise or blame, since, most of all this “ego” is the condition of the thinking we now pursue, of the “But,”being”?”. Whatever is the condition for the thinking is only measured out of that thinking as it strikes down in every way short of madness whatever is in the way of the drawing forth of its essential Questioning.


What is this question posed by the saying of what is “expressly questioned”? It is precisely in delineating every question that is merely empirical, each formula, and each empty sense in which we draw towards what is to be let be to reveal itself, that we prepare the attempt of genuine questioning. At first questioning was said in the sense of a Nietzsche, or, as it was put forward by Dostoevsky, f.i., in the momentous discussion between Stavrogin and Shatov, “The very fact that you reduce God to a simple attribute of nationality …”, where the question that everywhere deluged man as man was being thought with the most piercing and shocking might. The ego, most of all, was threatening with its onslaught. So that it was less and less sensible to dedicate oneself, or, better, to love one’s country, one’s own. It is still, today, in Russia, that this ego is not wholly founded, since one can still love Putin as a Russian, just as Pushkin or Stalin is loved as a Russian. In Germany, for Nietzsche, it was still that it could be said, the Germans produced a genius, Goethe, a “saint of existence”, or, the Germans produced a Heisenberg, a great physicist. It was not yet that each one, apart from them, envied chiefly, and thought of one’s own only abstractedly (this is the condition of Schmitt's conception, because prior to this the split between one's own, a child or country, and the specific manner of arrangements in that country, or the character of that child, was the primary political question, but then it became total and ceased to have a binding principle in a kosmos or order, the notion of Schmitt became, unbeknownst to him, a matter of the abyss or chaos of an anarchy, which is the transformed, the busied and empty sense, of the primordial gaping of Hesiod and the Greeks) , and later on like a consolation within the Cybernetic Essence. Ergo, this questioning was first over the sense of god, as the creative god, or, on the other hand the “attribute of Nationality”. This sense of the desperate attempt to save the ownmost, as in Wagner’s notion of the Social Work of Art, the work that spoke the Geist of the Volk (when the dawn when the talk of the "imaginary" of the social was a spore and not yet clarified), was transformed by Nietzsche into the Macht of what is most mighty in the essence of what is that sensual basis for being, the place and people of birth, the family, the allegiance that is not a matter of individual interest or fact. This order, when it was annihilated by the onslaught, in Europe, of the West, of European Nihilism as the West, and as much in Japan and China, never wholly annihilated the Russian world, ergo, the continuing schism. In all this, one moves at the level of ousia, as what is thinkable as the available beings, as the beings that are now, as they are. And yet, in Aristotle, the sense that what now, at this time, is as it is, is split by the dunamis and the energia, by the becoming and the being. The Russians have their being out of the first rise of the Christian world, before the institutions synthesized with the Aristotelian, and so, the Greek Fate. On the whole such questions are obscure, yet, what we here are looking at is the way the being of the whole, i.e., of the Cosmologists, of the Philosophers who would be political (cf., Enlightenment), is not named by the sentence: “But,“being”?”.
Posted by epistemeratio at 2:07 PM