A Consideration of a Vision of the Line of the Horizon, or, Some General Remarks around the current textual considerations 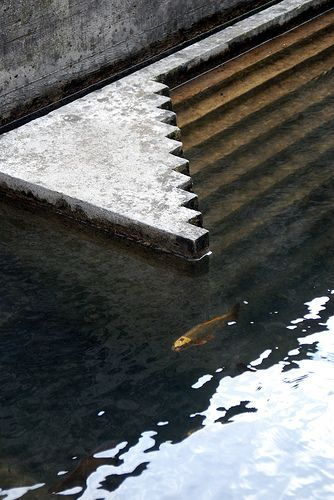 The treatise of the Metaphysics that discusses the first category,
οὐσία, and which is one of the cornerstones of Aristotle's philosophy,
is in accord with all of this when it begins with the simple guiding
proposition: τὸ ὂν λέγεται πολλαχώς (Z I, 1028a 10). What follows
next in the text that has been handed down, namely καθάπερ διειλομεθα… πολλαχώς. could not have come from Aristotle but was inserted later by those who attempted to paste together the individual treatises of Aristotle into a so-called work. The same is the case with the individual sentence of the preceding book. Thus, Book Z, with
some justification, came to be classified in the realm of the fourfold
questioning of ὂν. But the πολλαχώς with which this book begins
refers to something else. What that is is clearly stated in the next
sentence (a11ff.): σημαίνει γὰρ τὸ μὲν τί ἐστι καὶ τόδε τι, τὸ δὲ ποιὸν ἢ ποσὸν ἢ τῶν ἄλλων ἕκαστον τῶν οὕτω κατηγορουμένων. “For the being means on the one hand what-being and this-being, and on the other hand it means that it (the one just named) is of such and such a kind or so and so much, etc." The τὸ μὲν--τὸ δὲ is arranged
in such a way that οὐσία is alone on one side and the rest are on the
other side. The πολλαχώς here refers to a multiplicity within "the
category"; and, in fact, this manifoldness has a certain order and
arrangement, namely the one with which we are already familiar--the
ordering of all the remaining categories up to the first (see the beginning
of Met. 9 1). The next sentence (Z l, l028a13ff.) paints this out:
τοσαυταχῶς δὲ λεγομένου τοῦ ὄντος φανερὸν ὅτι τούτων πρῶτον ὂν τὸ τί ἐστιν, ὅπερ σημαίνει τὴν οὐσίαν· "As variously as the being may be said here (thus it is not a matter of a confused and arbitrary manifoldness, but) it is apparent from this that first being is what-being, which means οὐσία." According to the above, οὐσία therefore
means: τὸ άπλως πρωτως λεγόμενον--but άπλως (simple) also in contrast to πολλαχώς in the wider sense.

Plato is essentially polyphonic and his dialogs approach and attempt to summit the zenith of the Greek concerns, and Aristotle, in the texts one has now, are monotonous, and in the shape of treatises. We should not overlook the almost infinite closeness of these thinkers.


And to say something more, in private conversations whensoever they speak of becoming and all things, we know they are clever (at disputation), and make others clever.


The question about whether Aristotle might refer to the “what”, as the basic shape of the primary meaning of ousia (in the same sense as he gives a reading of the primary sense of phusis), is set aside as an error. Ousia means as much, looking around, being well-informed, as it does, the essence of a general statement of the being rather than the non-being.


It’s not as though Aristotle fell from the sky. Let us, in continuing, consider:

The question of the occult X in Nietzsche: “The image, in turn, imitated by a sound—second metaphor. And each time there is a complete overlapping of one sphere, right into the middle of an entirely new and different one. One can imagine a man who is totally deaf and has never had a sensation of sound and music. Perhaps such a person will gaze with astonishment at Chladni's sound figures; perhaps he will discover their causes in the vibrations of the string and will now swear that he must know what men mean by "sound."

Here, we are understanding, not a disavowal of the X, but rather, the X is “mobile”, or as it was later developed, “nomadic”.

There can be nothing “notional” in our thinking. Rather, the X that is dunamis and all things is in question.

Nietzsche never goes beyond the basic sense of the being as what is “the thing that is not”. Because, e.g., a mobile by Alexander Calder, as a work of great art, is alethinos, it is genuine, the simple saying of art. True and Proper. The nothing, in Aristotle, is the privation of the genuine thing. In an extended sense, all intelligibility implies the nothing. A line, as it curves toward itself, is almost a “closed”, a circle is a closed curved line, where, each point, on its surface, is equidistant from the center. So far as the line is not closed, it is deprived of the essence of the closed. Being closed, it remains different from what is a circle simple, a genuine circle. There is nothing that evades intelligibility, and yet this “nothing” is the very deprivation of being thought as what is true and proper. The coming into being, the genesis, is towards some intelligibility.

Specifically in the passage above, a challenge is made to the notion the category, which is one of the fourfold. It is subsumed under the “what”, as the basic sense of ousia. This is rejected as an addition of the compilers. The discussion is demonstrable for whoever has a sense of the ergon of the First Beginning. So that no mistake of such a gross matter can be made, or attributed to “arbitrary” tendentiousness. When such matters are rehearsed as a kind of “notional” construct, they remain features of the authority of those who aren't able to see the demonstration. As a general matter, we should here mention, in connection to such textual issues, since about the 30’s the professoriate has been overrun by “academia”, a larger and unreliable sphere of incapability, such that the professors of philosophy fell victim to the onslaught, and the Kantian notion of Historians, rather than philosophers, ceased to hold. Even those historians of philosophy (as distinguished for the Great Philosophers) who had sufficient ability to discern demonstrations succumbed to the devastation of the sphere of “academia”.  The trumpeted addition of the “public intellectual” (who, nonetheless murderously snuck upon the scene) , a figure of interesting brilliance, put a stop to the remains of the thinkers, who, from their own work, could still exercise influence on the general sophistry of the professoriate. Marketing and commercialism determined as much the sense of what there was to see, and what it was for, as did philosophic giftedness and aware astuteness. The thesis of Gasset ceased to make sense (it is radically outstripped by the essence of Cybernetics, and no longer concerns a mass of human beings), but became so weakly stated as to be an invisible artifact amidst the generation of “ideal types” [in the desiccated Weberian sense of a photograph where a leveled-down average of all interpretations passes for the concrete individual] of the philosophers themselves (i.e, the removal of rationality and the ergon), & textbooks.

Posted by epistemeratio at 4:16 PM