Diverse Considerations, in the teeth of the range of the History of Being 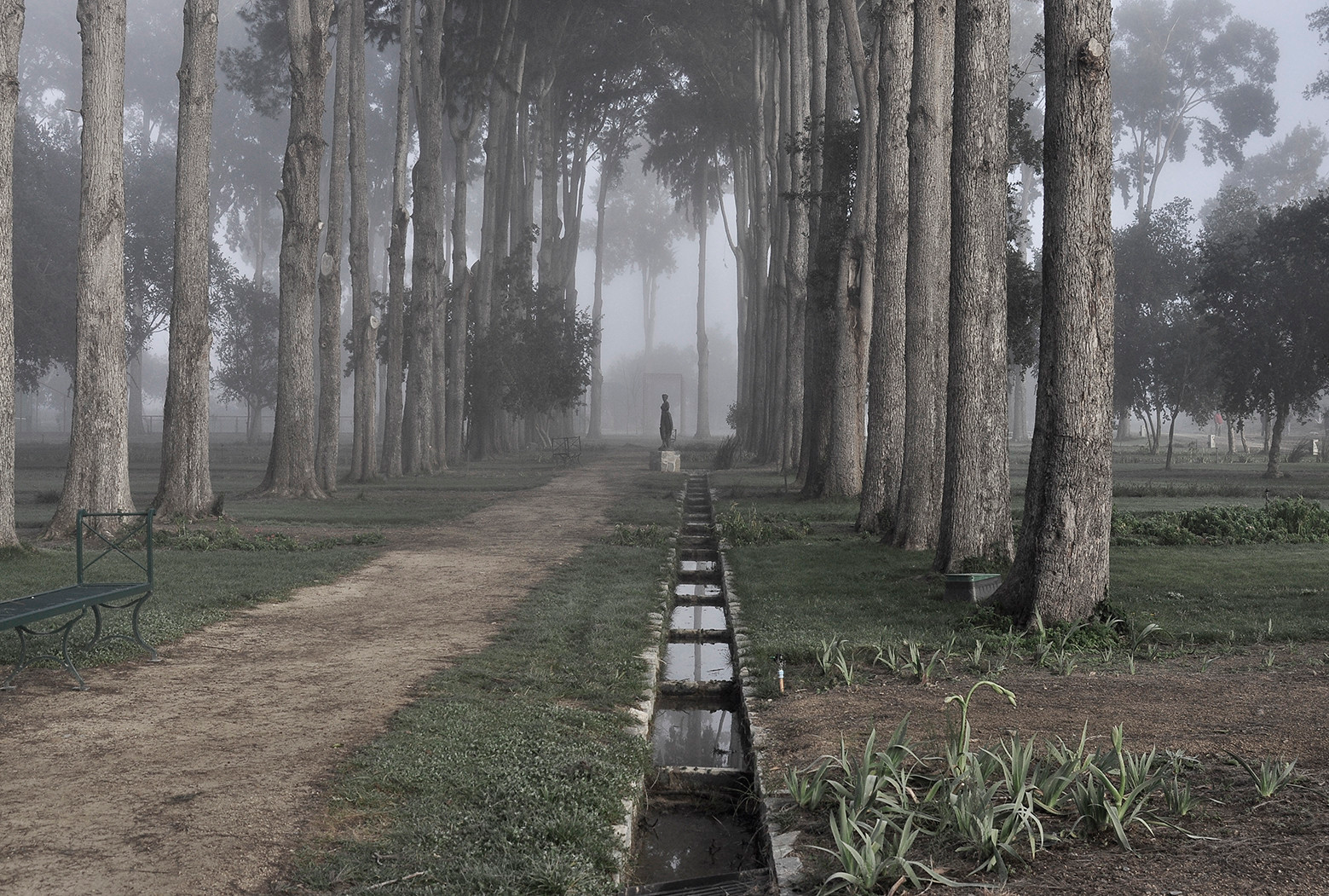 
Aristotle is referring to the being of beings. Book V is by no means constituted


of a single investigative treatise. It is rather a compilation of the various meanings


of some basic concepts of philosophy. Chapter seven enumerates the different meanings of ὄν, namely the four that we just became acquainted with in E2. Here in Δ 7, they are again presented in a different sequence.

“up until now the highest type of “human being”" (From the inscription, the word of Nietzsche's, which is also a guidance, that stands over the text.)

Let us limit ourselves to pointing to the stimulus of Nietzsche's scare quotes, in this comment that is intended to remind us of the guiding word, which stands over the text and should continue to grow, to be active, beginning spontaneously at each point of our methodos, an arche, a point where the germ is invisible, but growing. All that we need to know about the scare quotes is that prior to Nietzsche they had no philisophic meaning. They belong to the sense of the creative. The philisophic is only philosophic when it is a thinking that comes to hold sway in the world essence. A word of Justice Kennedy speaks for itself on this point: “At the heart of liberty is the right to define one's own concept of existence, of meaning, of the universe and of the mystery of human life.” Such is the spirit of nihilism.

One word about how the text we are now reading is at work. Those who hold that Aristotle is of especial importance to Heidegger speak correctly, yet this correctness conceals as much as it makes visible. Aristotle, here, is held up to be confronted, that means: not to be debated. Whoever attempts to distort, to win points, to show failings, to win applause, to show up Aristotle as a ridiculous prescientific curiosity, does not confront. Yet, in yielding to Aristotle, one never leaves aside what one brings to Aristotle. The methodos brings something to Heidegger, and Heidegger to the thinking of dunamis and energeia according to the ergon of Aristotle. Thereby, Aristotle does not stand in scare quotes, but rather something more like the doctrine of reading out of the text, is modulated according to the reality that one always reads into texts. At the same time, the power of nihilism is incalculable; Heidegger must keep watch over its arrogating power. Not by setting it aside, but by allowing to have its say. Strauss says, concerning the guise of the philosophising of Aristotle: the moon and things that appear particularly beautifully in moonlight, never would appear in the light of the sun.

Much has Nietzsche directed his invective towards the theoretical, the Sacred Heart, the Socratic Eros, and the moon-eyed. In Nietzsche this region, that of ego, intellect, and ultimately pride (i.e., Power), becomes the Dionysian. The Dionysian corresponds to the Sky, and the Apollonian to the Earth. What is most characteristic of Heidegger, is the inclusion of the Artemisean, i.e., the primordial which skulks, dragging its shadow behind it, into the open. Ousia is never primordial, it is always, during the First Beginning, and most of all at the conclusion of the First Beginning, already mixed up in the discussion about the distinction between Earth and Sky. Earth is where Nietzsche finds Rausch, the raging wave, and in the Sky is the pure dazzling vision, which first of all is ousia, when the crystallized intellect perceives the actual, letting what is dormant in all actuality silently stand as the support of the system of agential causes. First among them nature. When nature becomes the system of space and time, it ceases to have any intelligible link to the Aristotelian world. It is wrongly said that several of the Aristotelian causes remain. Not one of them does. Efficient cause, for instance, and even the instrumental cause, which is its subpart, have nothing to do with post-Kantian (i.e., epistemic) notions of nature. The most common sense in which nature is today said does not speak to any of the Aristotelian causes. Yet, they have come out of the older thinking, which has since become idle but has never gone away.

“Chapter seven enumerates the different meanings of ὄν, namely the four that we just became acquainted with in E2. Here in Δ 7, they are again presented in a different sequence.”

Being here is not said in the sense that nature means a system of relations, of things in space and time. It is not said in the sense that the Apollonian thing, has poured over it through a sieve, a paint, in the form of a story about what it is. I.e., such that the “is” connects the natural object to the asserted prediction. There is not a heap of mass, within the sacred precinct of a symbolic logic, which is saved form the experience known to folk sense. Being is the always and the ever. It stands as the actual, as the true and the false, as the situation or predicament of each accidental being, in another sense of the accident, it is a being and its accidents. If this is taken up conceptually the effect would be a mere arbitrary agglutination, since any part of the four fold, here listed (in V.vii) could be represented as the predicate of anything else.


In a certain sense there were no concepts for the Greeks. One notices that a figure delineated, in haphazard fashion, is a circle. It is more like a scribbled line, than it is like a thing that has everywhere on its surface an equal distance to go to get to its center. The question how does it happen that we see here a circle might be interpreted as a “concept”, but it also can, and was, first noticed simply (and of course later as the doctrine of ideas). I.e., simply as insight, as what shows forth worthily, to man as man. Already, when the Greeks add, to man as man, they speak in the turbulent stinging style of the Socratic dialogic which seeks truth in the fertile matrix of the polis, of the men of the polis, as their whole essence is presented in the logos of the most capable men of the polis. It is obvious that, in one sense, nothing of this attitude remains in the notion of nature, now prevalent, with its emphasis on its independence from “agreement”, or from the older point of view, from man, from the hominem, the conviction. A human being, in its bare meaning, is that which understands something of what one says. This is possible only in a being with opinions. In a certain sense, one can see that even dogs have opinions, i.e., that they understand and can show this externally. This transformation of the meaning of nature shows even in the usage of the phrase ad hominem, which has become, since Kant, a fallacy (though some with a knowledge of the older usage still remain amidst the general lack of sense). There was always made a distinction between the argument and the man, but this distinction meant that the intelligibility was different than the being-swayed to the conviction (or firm opinion). It was never said in a way that suggested a world wholly apart form the human. Essentially, the empirical character of Aristotle, even though his polyphonic works, his dialogues have not come down to us, is linked to the human race, to its opinions. Let us not forget this, considering what we bring to the text, i.e., what we necessarily bring to the text, as we confront it. To confront is to yield.
Posted by epistemeratio at 4:18 PM