Can Whoever Has no Sense of the Ergon Sense the Ergon? By and for the Ergon. 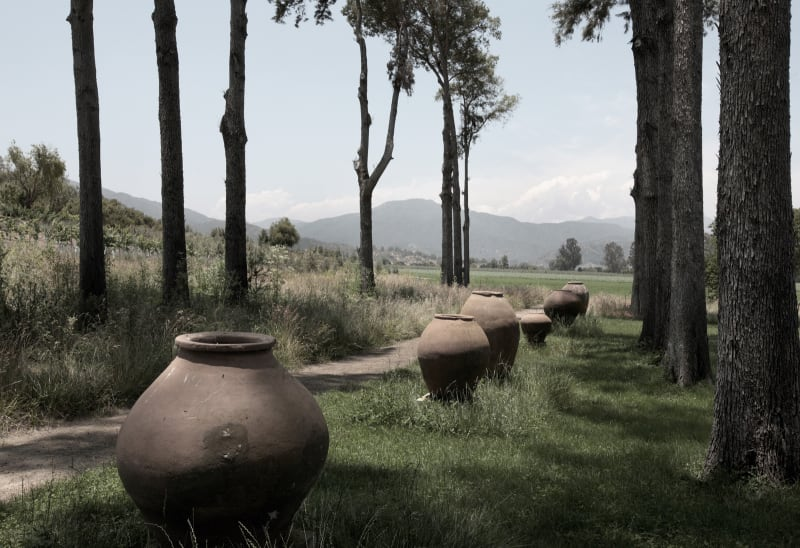 
Today all objections are met beforehand, by the ergon of modernity, such that one can not distinguish day from night. And yet, it is said that if one does not remove the rust from between one’s shoulders, even philosophy will not be attempted. We don’t say that philosophy won’t be attempted, but that even philosophy won’t be attempted. It would be simpler to attempt to learn what an ergon is. The exercise of the ergon of Aristotle, which is here the aim of this work we are, here, doing, is something difficult. In what follows we will attempt to ask what validity is in relation to an ergon. And so, at the same time, to say, why an ergon is not “subjective”.

One speaks of validity, in some cases, in order not to speak of facts. Not because one goes from facts to the question of a “logical” validity which pertains to inferences, but rather in order to draw back from the field of “objections” that are “met beforehand”, in a given modern context. The region of validity already suggests basic vagueness. What vagueness is we will here attempt to understand, and if we sense what it says, we will have begun to see what an ergon is, which is something we can learn only from the gathered ergon. Thus, we attempt to gather.


Supposing someone wants to measure a white blood cell, in a scientific manner, according to the validity proper to scientific measurements, by way of the standard of microns. Let us say that by the stringency of such a measure the white blood cell is found to have the unit value 10. Herein, so far as someone competent to carry out the measurement, repeats the measurement, we have the valid measurement before us. On the other hand, if someone wants to know by way of intuition, how large the white blood cell is, they must look. First they see the human hair, and then they learn that, under the microscope, five, not five units, but five blood cells, come to the same width as the hair. Thusly, by the validity of intuition, they have knowledge of how big the white blood cell is. Yet, is it first by such a contrast, between what comes to us by what all learn in the earliest formal compulsory education, what a mathamatical unit is, and our intuitional sense, that validity comes to say what it does? Does validity, as what is sound, already come forward to the human being, as human being, or does it come to light in the running through of such considerations?

Now we are trying to see how the terms we use work together with the other terms, such that what arises is a peculiar field of intelligibility. The words we use counterfeit the intelligibility itself, which is the concealment of the essence of the ergon, which acts, as action among the things, also, according to a concealment of this ergon.


Let us look at another example. On the political show Firing Line, with William F. Buckley Jr., there is an episode where Henry Kissinger discusses Oswald Spengler's book concerning the going down or annihilation of the Western Agathon, or Good. Buckley, who had a taste for graceful language, always wanted to bring something more into the arena. He spoke of the “Weltschmerz” of Spengler. Perhaps merely for the sake of bringing the word in. That is not the decisive matter here. Kissinger answered that he felt it was incorrect to speak of “Weltschmerz” in this case. Rather, what mattered was the validity of Spangler’s work. Kissinger, like Buckley, sends the political attitude, even if with greater intelligence than we find in Buckley, essentially his interest in Spangler moves in the same region. Now validity speaks in terms of “historical trends” at the disposal of men of action, understood in the older sense of political men. It’s not so that Spengler, tiring of the world, retreats into a rationalization of his pessimism, but rather, he gives an account of how things are with History. The region of History is not the region of mathamatical units, nor, however, is it the region of intuitions. The validity of such a work, perhaps can no longer even be called, appropriately, an account.


What is being? The political man takes what can be brought to action under the notion of a politics, of a sphere of controverted interests, and the interest of the “good of the whole”. Kissinger thus superimposes onto Spengler’s work, the efficacy of the political things, and therein lies its peculiar validity. Yet, the being of validity is not here in explicitly brought out. Why and how does validity have its dalliance with man as man? why does he deal with the cunning region of its vagueness at all? Of its comprehending of the various human pursuits that it qualifies. In speaking of ousia, in this sense, one does not speak of epistemology, as of the way of validly dealing with something that is taken up by intuition or by the idealized conception of a mathematical unit transformed into a paradigmatic model. Nor does ousia refer to the basic realm of the fierce and vigorous contest over the good of the whole, and the interest of faction. Rather, already, with the Greeks, the coming forth of what withdraws, as what from nothing is a being, and thus not being, is already eating into the captivation of the basic thinking.


Here we must see that Aristotle is raised as Aristotle, as the ergon of Aristotle, in order so that the presupposition of being that is not the known being of beings, is to be sought in the region of dunamis and energeia. Precisely because what in not yet presupposed by the First Beginning, sends forth the call from its depths, when it is thought or radically presupposed as First Beginning.
Posted by epistemeratio at 1:38 PM