Aristotle's teaching of the ergon of Aristotle 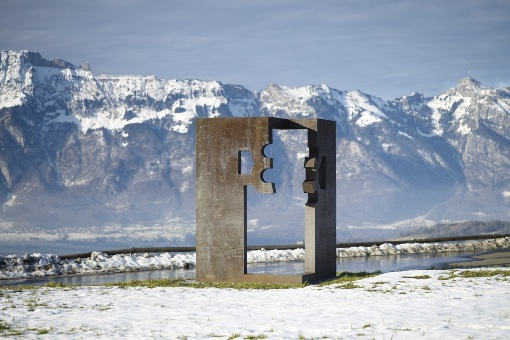 As soon as we probe, albeit in but a general way, into the realm of the question of beings, we find ourselves once again in obscurity. But our perplexity increases further in that we are not permitted to remain content with the mere either-or: beings are said either in the manner of the categories or in the manner of δύναμις and ενέργεια. Aristotle himself apprises us of yet another way in the beginning of the tenth and final chapter of this very treatise. (With this chapter, the treatise reaches its proper end; indeed, the whole of Aristotle's philosophy attains its "highest point.") Chapter ten begins:


The statement “here we find no genuine philosophizing”, can be contrasted with the statement, “here, just here, there is, genuine philosophizing”.  The one says something as much as the other. They both take the form of sentences. We have two sentences. One says something is not, and the other says that it is. That is the way we find ourselves, amidst language, dealing with what is not, and what is. Being is like that. Aristotle, thusly, merely draws out what is to be said about ousia. He doesn't invent something, or discover anything. However, when we think about it, this feature is questionable. What is the most basic is “obscure”, but thinking is drawn to admit that it is not yet thinking over what it most treasures. This treasured being, the one that is said in the manner of not being, and being, is also said in the style of potential and actual. Is this because of the human being? Or, is it a feature of the reflective character of mammals, who when they are hungry, know that they are hungry? Do only human beings have the ability to refuse hunger, and fast? Is it because the human being is different that it alone has being and not being, potential and actuality, or, rather, do all being have this? Or, is it the same as what the things are when no beings are here? The sense in which ousia is found to have these traits remains oblique, it looks from the side, it takes opaque formulation not because we lack sensitivity to the issue (like an examination of musical things, by an unmusical person), or because more information about it is needed, but because it does.


Insofar as we see a “genuine" or "real”, chair, and not just some old thing to sit on, we look from the side, we see in a peculiar way. But, even when we see a chair, what is there is looked at aslant, and the look is the look of a suppositum. According to Aristotle the individual substance appears according to the look of the phenomenon. Thusly, the look or eidos, is called the particular, for it is part of the eidos. Whenever we discuss a “genuine masterpiece”, we move from a particular instance, e.g., Descartes’ analytic geometry, to the general conception, for instance, of “something extraordinary”, The analytic geometry is “something extraordinary”, and, the phrase “something extraordinary”, means, such a particular thing as the analytic geometry of Descartes. Yet, when a student in grade school plots some coordinates on his graph, there sits a individual unfolding of this geometry. This one, and one points. But, what one points to, the thing that subsists and can not be divided, at the same time is the particular, or part, under the conception. The individual is raised in a insufficient form, insofar as the idea looks sideways at it, determining it according to the look or idea. This is said in order to ask, does being, ousia, speak according to a side glance?

The region of the “motion” of dunamis and energeia is beyond the region of the eidos, and within the substance, both of the intelligent things, i.e., persons, and of the non-intelligent. This “ousia” penetrates beyond the phenomena. We see a tree, but that it is an “individual”, belongs to the intellect. Yet, not in the same respect as a line, which is without width, but a length, belongs to mathamatical projection. It is a region of motion, and not of the eternal truth. The “wood” or “earth”, the stuff that things are made of, the material, is not exactly part of the mutable world, but neither is it thought as eternal. Each thing is as a different material substrate, that comprises its substance. When Goethe speaks of “frozen music” he compares the eternal realm of geometry, to the mutable, but resting, region of architecture. It is “frozen”, for if one stays with the eidos, with its appearance, it moves, but in slow motion, as it were. Howsofar Goethe’s metaphysics is the metaphysics of looking, and not of intelecting, is a question that reminds us of Aristotle’s notion of individual movment, movment beyond the eidos. How would this be called, according to the Scholastic schema? Music is mathamatical thinking in time. And geometry is that thinking in space. Astronomy moves in time and space. Yet, why is Astronomy thought as a mathematical thinking? Mathamatical means that the knowing is, with sure reliability, cast forward into the things. Thinking animality in the animal, and the character of plants in a plant, is mathematical thinking. Likewise, Astronomy, because it takes place according to circular, celestial motion, and not according to earthly, error ridden motion, is thought as mathamatical. The mathema is what is learned, in such a way that the memory becomes experience, and so, according to what Aristotle teaches, it “harmonizes with the truth”. Thus, the animal things, truly are animals, according to this thinking of the way we know through popular or common sense. Animals are not stones. They are not to be reduced to atomic facts, according to this popular way of knowing which stands decisively disputed by the fundamental science of physics.


We are making an attempt to think through the manner in which Aristotle conceived of the region where the dunamis and the energia were thought, by thinking over a basic conception of thinking, that of the mathema. If being itself, ousia, is the place of truth, and falsehood, is that compatible with the thinking of being as having the “fold” of dunamis and energeia? Yet, do we not, in experiencing being, harmonize with the truth, which is itself what we learn about, when we gain the experience? Aristotle does not raise a logical attack on what he finds, and raises without disturbing, in or as the “obscurity”. These difficulties we should constantly struggle not to forget as we make our steps. Allowing ourselves, as much as is possible, to transform into Aristotle.
Posted by epistemeratio at 10:44 AM