imbricated to the being, the being of beings overlaps 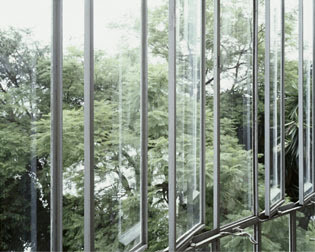 
§ 2. The manifold of the being of beings

Beings are said and addressed sometimes as category, and sometimes as, δύναμις—ενέργεια; thus in a dual way, διχως, not μοναχώς, not in a single and simple way. What is the origin of this distinction? What is the justification for this twofold deployment in the address and saying of being? Aristotle offers no explanation or reason for this, neither here nor elsewhere. He does not even so much as raise the question. This differentiation of the ov is simply put forth. It is somewhat like when we say that mammals and birds are included in the class of animals. Το όν λέγεται τό μέν—τό δέ. Why are beings deployed in such a twofold way? Is it because of the beings themselves that we have to give this dual account of beings? Or are we humans the reason for it? Or is this solely due neither to beings themselves nor to us humans? But then to what is it due?

The many sides in which being is there is a matter of course, spontaneous to the “genuine philosophizing”.  If we come across a stone, we know that it is not a lizard or the basin of a small waterfall. We may yet need to learn the particular names, but, the distinction is spontaneously available to the freshness that accompanies whoever the muses have sung language over in their cradle. Which language? And how so far do we go from language to language? Does more than one language still exist? The language of homo brutalitas, the reasonless man, the nihilist or positivist ego, global man, already washed back and forth in the waters where Shūzō Kuki willed Iki to become a concept, when it no longer erupted amidst its world. In the questiong the spontaneousness of the fresh thinking of Aristotle no longer stands in the fleur de l'âge of a magnificent spring day, but it moves in the dark wind that the day loses itself in. The nocturnal questioning no longer reaches a thought of time as something later than the Greeks, as something before the event. This would fundamentally misunderstand the sense in which thinking of being as time is conceptualized in order to be let free in the resolute pursuance of the presupposition.


A particular learning in accordance with Aristotle’s teaching changes the way of knowing. Learning is not a matter of esoteric lore or bookish abstraction, but of coming to stand beside the beings as something that brings forward the being of beings. What differentiates learning from becoming, as of phusis, is that through a habitual action we transform ourselves, in a way that is not available to, e.g., water, which simply falls down noisily from above to bellow. But a dancer, when they train, will in time learn their dance provided they have the talent. Here this talent is what must already be ready to be brought into shape by the dream of the dance. The will and the heart of dance waits amidst the beings for whoever would be swallowed up by their positive guidance. Yet, the dream shaped by the dance would be nothing if it were not for that which Aristotle takes as a matter of course. Namely that there is potential and actuality. When we consider the specific possibility of the style of Dara Friedman, we can not say that by nature, the relative of Pina Bausch, came to be a dancer. The comparison of their styles is artificial, for in each case it springs from a different potentia, and therefore according to a different will it comes into the fullness or flower of being. So far as we think of this or that dancing, we do not come to consider the univocity with which dance speaks. This is all the more pressing in the case of the ubiquitous nature of the possibility of learning, of becoming something that brings forth according to a knowing, in so far as it is the basic trait of Western being. That which becomes technicity.


The thinking of Heidegger puts forward the “why” in the positivity of questioning, which entails all that we went through in the talk of the mystical vision that says “The rose is without 'why'; it blooms because it blooms.” As it stands with the everyday knowing, with the political knowing, with the scientific perfectio, which, in principle completes “folk” knowing. All that is becoming the learning, in the Aristotelian sense, of the path to knowing, is already underway according to the thinking that does not know, but that in admitting it does not yet know what thinking is comes to question, in the ergon of the text called Heidegger. At the same time, is the Methodos learning Heidegger, such that it would become that being of beings that knows in the style or 'mode' of questioning, or has the questioning which is more and more radically a part of the average being of all beings on the earth, already doing something unthought by the thinking that is its tutor? What is still unthought in the thinking of the guide, like an old volume, when its dust is first brushed into the air, suggests both its own outline and overwhelming substance, and the largeness of its demands, and also the possibility of its being left behind. At the same time, the great thinkers are not those innumerable mediocrities, the professors, which everywhere describe the odor of the dust.
Posted by epistemeratio at 3:27 PM