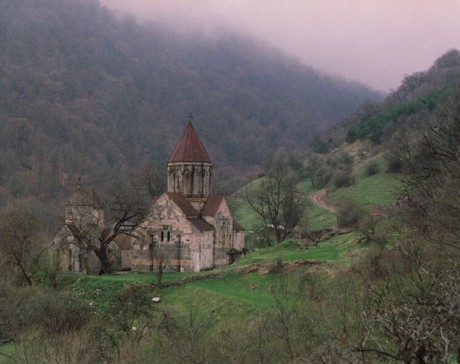 The third sentence we cited from Aristotle in the above passage further determines in what sense οὐσία is first among the categories. "For everything that is must of and in itself have the saying of οὐσία." For example, ποιόν, the being so constituted [Beschaffensein]. Taken alone, there is no such thing. We do not understand being so constituted in its most proper meaning unless we comprehend as well the being so constituted of something. This reference - "of something"- is part of the very makeup of the categories. The other categories are not only incidentally and subsequently connected with the first category by means of assertions, as though they could mean something independently; rather, they are always, in accord with their essence, co-saying the οὐσία. And to the extent that the categories are beings, they are co-being with οὐσία. This is already said beforehand and being beforehand. It is the first category, and that also means the first being: τό πρῶτος όν.

According to Aristotle one is always on the lookout for essences. The mind, nous (nóos), wants to hunt them down. Does nous here stand with the logos, as it were, stand and fall with the logos? And thereby not with any other form of speach or thinking. Logos is already working with concepts, but what concepts are for Aristotle is not what they become for Thomas Aquinas, or for Willard Van Orman Quine. The modern tradition, however, when in Husserl it casts off the logos, which was always working with, most of all, ousia, does not thereby rid itself of its limit state. Its limit state is thus thought as Aristotle. Insofar as today one speaks against the concept, in Bergson or a lesser thinker who strikes against philosophy as what is conceptual, one orients oneself by Aristotelian thinking.

The British thinking, when it inherited Kant, lost the sense that Kant had thought the analytic. We now look at the manner in which thinking shifts its tonality. If thinking could think a tautology, a mere statement, unconnected to reality, “all bachelors are single,” as analysis, it would be involved in a theoretical speculation (it would be like the other incorrect example commonly given “all triangles have three sides”). Kant thinks his analytic propositions according to an engagement with the world. The analytic proposition is a proposition, which is not tautological, or true by definition. Rather, it is true so far as the predicated thing, as narrated by the logos, can be derived from the concept. The concept is the universal. A universal is what is the same in each case of a given genus. I make a sweeping statement: All human beings intuit essences. To intuit an essence is to have immediate understanding of the concept. Each human being, has the universal power, of all human beings: to intuit essences. He is the only being, or only earthly being, with this power.

Every time one comes across, to give another example, a tree, what the thing is permeates it with the possibility of being thought as what it is. Nous searches out the answer to the question What is it?. A tree is a plant that stretches its crown towards the sky, this is true of every tree. Trees stand, animals do not stand, humans stand. Yet, one might find a tree that is not a plant, that when it falls under the eye, is seen not to stand and stretch towards the light of the sun. Every rule has its exception. At least as long as it is a rule that is part of prudential reason, of experience, and not a abstract theoretical rule of pure maths. One must have some recourse, in the last instance, to checking the knowledge one has of the universal. The universal, which is what is known of all trees, a priori. In the strict sense, if I can not see the tree, I can not intuit the essence. Every time one comes across a tree, one thereby is granted knowledge of the concept. The thing seen could not be what it is without the esse, the being, that it is.


Not once does Kant think in the flat and abstracted manner that wholly abstracts from Reason, from the knowing of things. Kant speaks operari sequitur esse. The exertion of influence of the thing stems from its “esse.” Here we should let the medieval terminology speak to us correctly, about the unknown Aristotle we now approach in the current text. The medieval Aristotle, who is ‘the Philosopher,’ is not that Platonic Aristotle of the ancients. Yet it is no mistake, on the contrary, it is wholly correct, to let esse speak as a wrung on the same ladder as ousia. We must consider that, in fact, in the general awareness, even the shift in tonality from Kant, to the British thinking, the Analytical Thinking (which one can say stems in some major way from Bacon) and the French thinking (which is well sourced in Descartes), the Continental Thinking, utterly forget the determination of the ergon still at work in Kant. The force necessary to think back to the First Beginning is much more extraordinary than that small force, which is, however, generally unavailable, needed to think back to Kant.


The ‘cogito sum’ thinks the something as something as the esse. It thinks itself, the sum, also, as the esse. The sum is the ‘I exist.’  The ego, the something, and the something, all stand in the being of the esse. The question raised here is whether the being alters the ego, the something, and the something. The energia, the action, of that being, is also called Life. One’s life in the full sense. The therefore I am means that the human has a Fate if and only if the action is thought. It makes no difference if this or that assertion is made about the energia, that it is “determined,” or random. That it has or does not have a sense. In speaking of the Geschick of being we set all this aside in the radical unthought region, in what Strauss calls the “radically mysterious dispensation.”

Put another way, the question starts with Aristotle because in Aristotle it is taken, as it were, naively, that man can know. That he is fitted to the world. And the thinking until today still orbits Aristotle, in more or less doubting this. Christianity teeters when it is thought that God deceives human beings, that man is not in the natural position to know the world: adaequatio intellectus et rei. Aristotle, prior to the tradition of the Christians, even further from the certainty of moderns in their technical reason, in its knowing. The technical reason is the completion of the concealment, since it is wholly believing in the power of man, in the belief in his activity, in his being at home so far as to utterly slumber in blind and prompt obedience to Power, to Will to Will. Will to Will always brings the action to the centre of effect, empty effect which can be collected as sheer zest for possibility. As future itself. This future is future because in the technical there is no “what for.” It is because it effects—that is the meaning of Power as such.

The eastern thought, which was not metaphysical, never thought towards the Knowing. Rather it was beckoned cessation of the transmigration. The Aristotelian thought, very late coming back into the East, made the cessation seem to be a thinking, whereas it was never thinking. Thinking is chiefly that self assertion, that does not hear what draws forth. In this sense the "deepening of the modern tradtion" (ref. Strauss) in the ergon of the thinking with the title Heidegger, holds in abayence the loop of its horizon, the technical essence. It doesn't know whether the loop has its full limit, whether in the whole of the terrestrial orbis, or in some region.

If the hardness of the concept, the grave stricture of the logical tonality, with its power to logically exclude, is brought in as a signal trait of "Aristotle," as the lumens arguens, the clear light, the luminosity of what has the power to suggest, of the arguens, the silvery light, the argument, we only pay out in kind a methodos, a guiding way, that guides without accepting everything that is thought in the style of this or that tonality. In not knowing guiding as guiding, or, better, in stepping outside the circle, in removing, the sense of "guiding" moves, it sees that it is not fixated, it is moving insofar as in the moving, rather than sensing the seriousness of the station, it plays at the guidance, it senses the movement and the guidance in the being of the circle and the leaving of the circle, and so becomes the Methodos.


The thinker who dies young, not so young as Lessing's son, who perhaps did not know the world so well, Kleist speaks banality:

“I step back before one who is not yet here, and bow, a millennium before him, to his spirit.”

If in thinking Heidegger as hubristic we fail to see that in thousands of years only few great thinkers arrive, we then fail to see the banality of this word of Heidegger, who, before the task, showed proper awe. What else could one who saw what was to be seen do? Ergo, in this nothing personal stands.

Posted by epistemeratio at 4:33 PM