The text on Inner Will, as the theme of δυναμις and ενεργεια 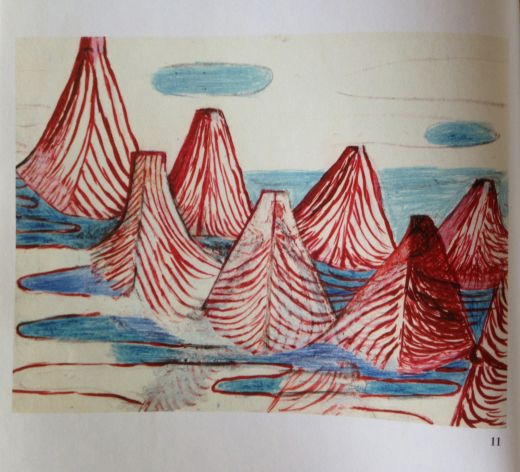 The answer to the question is not far out of reach. We need only observe the context of the inquiry: Aristotle’s Metaphysics. Thus the treaty on δυναμις and ενεργεια is metaphysical. This account is reasonable enough and accurate; but for just this reason it tells us absolutely nothing. Do we really know what this thing is that we call “metaphysics”? We do not. Nowadays the word bewitches us like a magical incantation with its suggestion of profundity and its promise of salvation. But the information that this treatise by Aristotle is metaphysical is not only saying nothing; it is downright misleading. And this is true not only today, it has been true for the last two thousand years. Aristotle never had in his possession what later came to be understood by the word or the concept “metaphysics”. Nor did he ever seek anything like the “metaphysics” that has been attributed to him.

This preliminary comment which contains the striking words: “But the information that this treatise by Aristotle is metaphysical is not only saying nothing; it is downright misleading. And this is true not only today, it has been true for the last two thousand years.” This causes us to take a specific posture towards what follows that is by no means necessary. Specificly the directive observation that tells us that we would be misled were we to follow what the word metaphysics says. “Nor did he ever seek anything like the “metaphysics” that has been attributed to him.”

In one sense it is unexceptionable: metà tà phusiká is a phrase belonging to those who preserved the text, long after the death of Aristotle. The phrase is thus come, abstractedly, to speak of Aristotle and his investigations into the subject matter of dunamis and energeia. Along with other matters such as the Laws of Thought themselves, the so-called First Philosophy. First Philosophy, of course, makes us think of metaphysics, since it is like an axiomatic ground, which bounds things, makes them manageable, but with the risk of doing so in an unsolid manner, non-scientifically. At the same time it speaks the determination of any possible science, i.e., the bounding axioms which allow the science to speak intelligently to human beings, who otherwise, at length, would come into possession only of what is unintelligible, and, though it might be called a science, would not concern them at all. When, in whatever fashion, the reader gets some understanding of what is being said, as idea, as what appears to him to be said, in the word metaphysics, does not metaphysics cease to be an abstraction, and open something primordial? Something vague in a manner that is not trivial, but which nonetheless plays a powerful role in human life. Even the most powerful, if it speaks to the highest questions, of which, one says, even the slightest insight into them is worth more than full clarity about trifles. Something in the word metaphysics signals the pathetic inability to think or confront the inner reality of the sciences, it signals a break from the realization of the total and inescapable power of the orders being issued from the genetic material, from the Big Bang, and so on. It sadly attempts to think a freedom of the mind, as over and against empirical necessity.

Here we begin by setting Aristotle apart, in order to let it be said that what the tradition has wrung into the ear by habit, is not to determine what we understand in the Greek text. All notion that Aristotle was a “seek”(er) of “metaphysics" is put aside. That the habit of thinking epistemologically is to be set aside, since thereupon we would make canons that attempt to correct Aristotle. We would want to know how far his investigation was not up to the standards of knowing relative to time and space, of the flow of quantifiable energy through entropic systems, or, according to the metaphysics of energy and matter in the mathematical models of physicists. Insofar as this metaphysics is part of the Essence of Technology, is that essence, it is supposed to be set aside. Yet, this is naive, since the investigation is set upon that very essence. How does the text avoid this scandalous incompetence? Of supposing that from within the essence of technology, it can think something outside that essence? What is happening is rather that an attempt is being made to force the essence of thinking, as a leap, into the end of metaphysics. By way of the “steadfast resolution” of someone who thinks that in coming to think further than was thought, something is to change tone. What resounds in Nietzsche, therefore, is the “inner will” to think more orginarily, is speaking at the same time back into the text on dunamis and energeia, which concern exactly the subject matter of will to will, but thought in another way.

Aristotle himself did not know what he sought, but his thinking is nonetheless not arbitrary, but points to experiences in thought that a thinker can rescue. But one should note that what moves us in this work are diverse forces, presuppositions, and most of all the essence of technicity: of Power. Everywhere one hears of power politics, of the power of the sciences, of the Fourth Industrial Revolution, of the increase in the ability to read the map of cognition within the brain, of the increased benefits issuing from greater capacities in medicine, nowhere does one answer is it free, does it happen by choice, what is the human being, why is it understood this way? Why does it come to pass in this manner? The why is set aside. What guides the being of the human is provisionally the answer to the question about what was sought by Aristotle, who did not seek metaphysics.  These questions themselves come from within a metaphysical attitude. Utterly unavailable to the Greeks.
Posted by epistemeratio at 12:30 PM