A Short Word on Nearing Thought 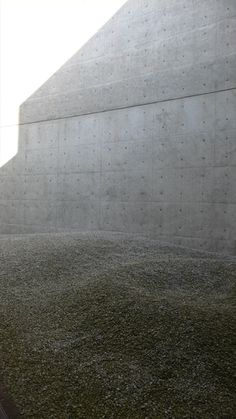 
What is most giving in this is what makes us think how cause stands, as “sufficient reasons”. This only comes to power if we think of what the logos says in the work of Aristotle when it says that there are first principles, prōtē philosophia, first philosophy. Without them, the first beginning thinks, when it has become Aristotle, there is phusis as what can not be spoken of. [phusis is what comes forth of its own, even without the logos, until the logos has become convention] Logos, which is to say, speach, becomes philosophy in so far as logic, which is a form of the word logos, means certain rules of speach. This was prepared in an demonstrable way by Socrates with his dialogical discussions and their demands on the speakers involved. But Socrates only prepared in the sense that the first beginning was already received and even resounding with a few, who were its friends, so to speak. One of the rules, which is part of the master science of the logos, which itself is the first condition for philosophy, is the law of thought called identity. Something must be something. We always think it worthy of thinking that Kant, so many generations later, still held with this something, saying even that, sometimes the something is the same as the something. What is predicated is the same as what it is spoken of, as when we say, a cigar is a cigar. According to Freud, only “sometimes”.

Yet, what we always think is worth thinking, is that Leibnitz, not long before Kant, brought to expression what the first beginning still was giving, in the form of the fourth law of thought. Which is the subject matter of the discourse that we have been studying all this time. The other laws were as though swept aside, because the logos, speach, became just speach, or talk, idle talk, but philosophy was able to continue, even as it ended, in the sufficient reason. It is in the sufficient reason that human beings are able to come into their own as those who have a Natural World. Phusis, what comes forward of its own, comes forth under the tutelage of the logos of sufficient cause, under the law of thought. Thinking is stultified and obliterated, it is impossible and thrust aside. Thus the thinker stands as though waiting for the philosopher's Natural World to step aside, perhaps the thinker even bows before the philosopher, thanking this being, even as though grateful.

On the one hand, the laws of thought are merely something said, in the same way one says that some things are difficult, or that a certain place is nice on a sunny day, but on the other hand, the laws of thought are taken as a metaphysics. Do the laws of thought come forth in this bifurcation in order to give the philosopher a chance to show the superiority of his manner of narrating existence, with a certain precision, putting stress on the discovery of the god, of the discovery of the truth as it moves through the Sky, forever above? But how does the thinker think, if the philosopher is still looking up at what interests the philosopher most, and the fourth law, which lets the Natural World be at all. It would not let the world be if it were only the word of the metaphysician, but only because it is also the word of whoever likes to say the ordinary things, without further ado about what they mean, but already knowing that if common sense is put on trial the result will be a farce. Common sense knows in a way that is unlike metaphysics. Yet, in this case, it knows nothing other than what the metaphysician knows. It understands that there is always cause. Sometimes it says, there is no cause for my spontaneous act, but, but.. And then, at length it finds a cause, naming some situation, some past, something. Common sense never seriously considers the because, for common sense the because, the because is what has no reason, is a kind of wistfulness, a mysticism, a poetry and a day dream. Life is but a dream. Common sense knows all this too. In a certain sense, like the thinker, common sense surpasses this sufficient cause, but only now and then. As yet thinking does not yet think. What is thought worthy is only that thought would not think anything, it would not be creative, rather it would think.
Posted by epistemeratio at 5:31 PM