A Consideration of a Nietzscheian Heidegger, as Anti-Philosophy of the Openess of Creative Life of Meaningless Meaning (as the "Meaning of Being") 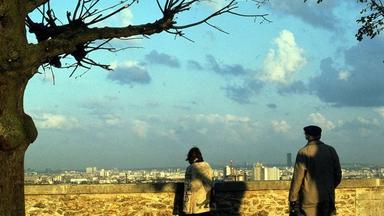 In the introduction to the second edition of the Critique of Pure Reason Kant says the following, which is a clearer formulation of the same sentence form the first edition:


I call all knowledge transcendental that in general occupies itself not with objects but with the mode of our knowledge of objects insofar as this can possibly be a priori.

Whereas the faulty British, or, the world English, reads: “with the mode of our knowledge of objects”. Correctly, this is rendered “with cognition of objects”.

Mode, method, system, methodology, even methodos which means the less constricting “path” or way, all these are misleading. There is a cognition or a perception of something that is according to the conditions of possibility. The conditions for the possibility of cognition are those things that are necessary within the contingent. Which is to say, that fulfill the Greek notion of what always is, the sempiternal. In this sense they are knowledge. Cognition is not knowledge, it is experience of something that is given, of something that is there. But in so far as what is there is ‘always’ or synthetic a priori, it counts as knowledge.


Transcendental is that which experiences the necessary amidst the contingent. Time and space are said to be necessary, whereas what makes up a given situation is contingent. There is no method of knowing, there is perception, or experience. It is absurd to call experience a system of knowing. The term “mode of knowing” shows a lack of sense about thinking, if thinking means bringing determination to the essential things.


According to the book called Definitions, which purports to be connected to the school of Plato, Eternal is: that which has existed and is now not destroyed.


This definition is proscribed insofar as it is said that the future is not mentioned. But, in fact it is a better definition of the sempiternal, of the ground of knowing, than one that included future. For, what approaches us form behind is not any future, but it is Being. What now exists, as what creeps before us, as if from behind, is the creativity of the will. The metaphysical as the will to will. Because the “a priori” is the abyss.


But in what is written above, we are reading not a history of philosophy that is now focusing on Kant’s concept of the transcendental, but rather we are actually speaking with Kant! But it is not as though when he spoke back to us this amounted to having a conversation. Something closer to the reverse is happening. Instead the way what he said makes a path through Being, is drawing closer to everything it wanted to favour in its own day but could not. Everything stands before us according to the definition of Eternity: that which has existed and is now not destroyed. What is called a ghost, of the past, is no more than the thing that now exists, that has become a mode, a method, a system. How does that happen: Exactly as in these posts, in the history of them, when we started along the Methodos we were on a path, but when keeping to the path became a matter of rehearsing what was assigned to us, it began to ossify, and become a matter of the past ruling over that that “is now not destroyed”.


Insofar as the cognition is that that is according to the a priori, it is actually the creative. Because the necessity amidst the contingency is Truth. The cognition is already a kind of willing according to the thinking of the will to will, in perceiving it strives, but it is itself preceded by the a priori, which is will. The cognition trails after the creative will. Something brings forward something, in order to fulfill itself, but in saying this we don’t arrive yet at the meaningless of all meaning, including that of the creativity.

The deepest confrontation with the Element is not even guaranteed by the initial kind of its own negativity in a thinking of a Philosophy of Being. I.e., if life is thought metaphysically it means nothing other than that all things in life have meaning, but not life itself. That therefore life as creativity is a metaphysics as a “life-giving lie”, i.e., as super-man. Goethe, as it is said here and there, already used the word Nietzsche made famous, and which then came into the comics and the popular usage of every kindergarten. If the Being here is what replaces the metaphysics of creativity of life, it only stands as the greatest intensity of a anti-philosophy.
Posted by epistemeratio at 9:20 PM