What does it mean to bring something under a Rubric? 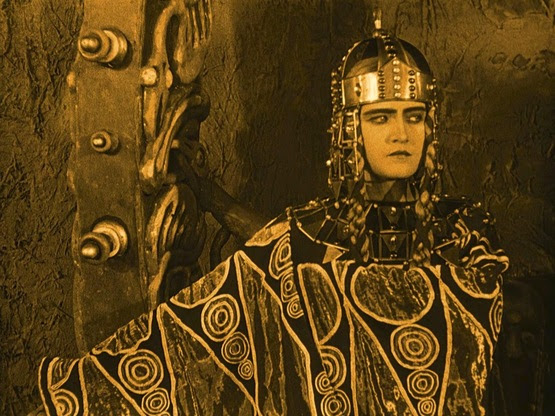 This sentence is often given by those who do not know from where it derives: Regarding the personality of a philosopher, our only interest is that he was born at a certain time, that he worked, and that he died.

It continues: The character of the philosopher, and issues of that sort, will not be addressed here.

Its correct understanding is complicated, and not without real dangers. And it should be treated more perfectly, and at greater length than it is here, but let this stand as a prefatory discussion, capable of giving one bearings in the bare sense, about the nature of this essential matter.

It is to be understood first in the light of a preceding sentence: If philology means the passion for knowledge of what has been expressed, then what we are doing is philology.


This is said in order to distinguish the ontic, from the so-called ontological. Nietzsche disclaims Systems, but what is a system in philosophy? The essential matter of any system is that it is a philosophy, i.e., that it lays claim to Truth. Truth in the sense of something that always is, Kant speak of what is “inner” in this sense. Historiographically the System is a body of work, such as the Platonic, the Aristotelian, the Epicurean, the Stoic &c., around which, especially amongst the Schoolmen, a manner of taking up a range of subject matter, e.g., music, astronomy, maths, physics, and giving a comprehensive account, under the guidance of that System comprised the manner of philosophising. In a certain sense, this outward form was the meaning of Nietzsche's aphoristic philosophising. In a deeper sense, the breach of Truth marks the break with Systems. A System is always impersonal, but Nietzsche was, above all, personalistic. Thus the typical result of Nietzscheanism is the now, largely innocuous and unnoticed formulation “for Nietzsche”, “for ------”, used to describe any theories or thinker. The older formulation ‘with ---’ is less personalistic, but, the further one goes back the more one sees that what is in question is the argument as argument, and not the man who gives it. Finally this attitude terminates in Socrates, who was the first to disambiguate the logos from the man. In Hericlitus this breach is yet unimagined. The propitious weight of the unthought tensions in the proto-Classical period catch the thinkers themselves in Thought, and are prior to philosophy. The proof of this historiographicaly must be understood in terms of the works of such as Aristophanes, who gave representative views of those gentlemen who came aware of philosophy as a activity in something like the way the Early Twentieth Century Avant Garde coincided with domestication of the notion of creative art. Especially in the sense that the fear of degeneration, of the egotism of creativity, as opposed to the graces of art as imitation of reality, the uncreative art, marked the departure of art from conservative politics.

Aristophanes gave not, one should constantly recall, a lampoon, but a picture of the early life of Socrates as seen by the gentleman of Athens. Which means the same thing as that philosophy was compelled to protect itself, and came into a situation much like the creation of the City Square, as a transformed thing, drawn out of what is directly a idiosyncrasy: the anxiety laden awareness of the Why that guides the Whole as grasped by Nous. Latter, in Socrates: all human beings.

When the work called Heidegger takes up this notion of the Rubric, it does so in the light of the End of Philosophy, in the personalistic Truth of the Life-Giving Lie. These days, those who speak of Philosophy, convict themselves out of their own rascally mouths, of their ill-informed and bigly incompetent faculty, at once. They always speak of the “for so-and-so”. And also, as a general trend, they attend most of all to the biography, as the imaginative exploration of the intellectual drama of a life. So we can see in the Rubric something that is by no means arbitrary or personalistic, but it coincides with the Why in its thousands of years long holding-sway.

What is Questiong? First we should understand that the Why has a different character in each stratum of Historial essencing.

A difficulty: How does the supposition about the animal, that it is captivated, stand in relation to poiesis as the ground of Hericlitus and archiac thought? Captivation means, precisely, there is no Why. The animal has no Why. Human beings are always on sniffing about for some reason, but the animal is Captivated. However, this account is given out of the ground of a certain good sense, and can never be accepted in extreme theoretical terms as proven, or, put another way, one can not demonstrate it scientifically in the sense of Aristotelian contemplation of the concept of Captivation as a Form existing in the Whole. Aristotelean thought already holds the Whole, not man, to be what is most worthy. Just as Socrates holds the logos above man as man, yet, Socrates stands back from science, in that he doesn't know, but remains a follower of Eros, and under the protection of the daimonion. The realm of poiesis is still free of this dimension, of the greatest good, and the most forgetful lack of it. It still stands fundamentally with the Why as such. But it is filled with the coming into being of the Why, thrilled by the sight. The detached style of Questioning is born of Thinking back to this poiesis, to the Why, but then testing the Why in the manner of a phenomenology. In other words, one no longer asks Why, but rather takes up the fact that the human being is standing, psychologically, in this Why which is itself what is always guiding the human beings. The Captivation has no Why, but, likewise, Being has no Why according to the Rubric.

There is a long difficulty to which Heidegger is exposed, which is the personality (when it is not construed genetically as a psychological (causal) structure, but existentially, or, even, ultimately). In both cases, Nietzsche and Jung, one is, naively, though not for that reason necessarily wrongly, given to suspect the philosophy called Heidegger of a kind of, as Christopher Bollas called it, normotic disorder. Not, certainly, in any normative psychiatric sense, but at the level of the archetype.
Posted by epistemeratio at 1:51 PM