What is Reason in the Reception of the Fate? 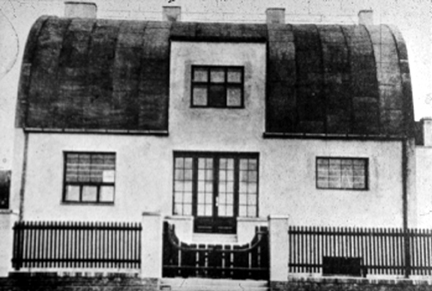 Paragraph Four of the 11th hour of the lecture series on the fourth Law of Thought reads:

We assume such a relation between the Geschick of being and the history of thinking. In speaking here of “as-suming” we mean “to receive” what comes over thinking: to “as-sume” in the sense, as we say, of “taking on” an opponent in a fight; only here the assuming or taking-on is not hostile and the fight is not one of hate. Assuming and taking here have the sense of a responding that listens and brings something into view.


Now we must be cautious and in what follows we will first make proposals concerning the way the “Geschick” is to be thought. The requisite caution belongs to the reception of the Geschick. This means that what is said should be left entirely open, in the manner of a argument which suggests without the hope of being true. To suggest, to give reasons, without Truth, without the possibility of being right or wrong, of persuading or not, is the carefulness of the reception of the phenomenology of Reason as Vernunft and not as Grund. Because the “spontaneity” of the higher reason is creativity, but the creativity is not the Value that Values, that issues Value to the Being that looks at the “what”, rather it is the Fate as the House of Being. Thus Metaphysics, as the Laws of Thought are left behind and outstripped. Let us, therefore, act on this premise. Speach speaks, but never presents itself as mere knowledge or lie.

Cornelius Castoriadis, finally, having relinquished the Marxist problema, and the Marxist methodus, says: "Embrace indeterminacy". This reminds us of the path of various empirical and rational thinkers who eventually succumbed to the difficulties and returned to the “mystery”, which is to say, they surrender the teleology.


The saying of Socrates, stated positively: Anthropos is the seeking Bios. It follows from this that what was thought was always a teleological project. The πρόθεσις is a “placing in public”, as something like one’s body, so that just as moving the body, when it is concurrent with conation, is indistinguishable. Action and choice are identical, in, for example, pointing with a finger. Everything there is there as a species of thing, which is a purpose or a prosthetic of the will of the choice, and the action of the desire. The seeking is already the: Embrace of indeterminacy. Strauss calls that, the “radically mysterious dispensation of Fate’. If it is that "already" that only says that it is the "same", where "same" is the most difficult indication or direction. Thus the carefulness mentioned above.

Everything is given roughly: In the same way as one travels from Darwin to Haeckel and to Freud, and then through a surrendering of the sentimental [the "sentimental" is a pejorative, like when Nietzsche speaks of the saccharine or sugary, and one should suspect it in the manner that Jung regards Nietzsche as "unbalanced", favoring Power: the connection of Power and Sentimentality is axiomatic for Jung], forced after grinding out years and decades of not facing what had already been received in History, leads one back to the unconscious, and to the drives, and to the surrender of the scientific stance, as the causal science (the project of Galileo, Bacon, Newton, Einstein, Feynman etc.). One is exposed to the rift between biology and physics, which is named Rationalism and Idealism in the dispute where George Berkeley takes up the view of Biology, ie. Natural History or Empiricism, and the mathematical Platonism, or Philosophic Materialism, leads inevitably to the question of Dr. Stephen Hawking's: “What is it that breathes fire into the equations and makes a universe for them to describe?”.


The bourgeois individual is supposed by the thinking of the “first labour than leisure” under the, first ethnos and elite, than abstract man. The bourgeois is supposed to come to being on the backs of these “firsts”, as though everything had to be understood according to a certain view of origin. The bourgeois is not exposed to death, but only to a struggle with the manipulation of a vestigial class. The individual is supposed, in the dialectic of History, to return to the ground after destroying the lower stages of identity. To return to a honest confrontation with death and the Eternal ground.

This thinking points back to the Archaic being, which is the awareness of the character in its relation to the cosmos, as the microcosm and macrocosm, precisely the character of one awarness. And not as the thought of being part of a group. The Archaic thought of someone one who can “raise their eyes”. In retrospect animal captivation appears as the “that” or ontic, as what is alongside what is, has become present in the something that is as the “what” it is. The prosthetic as the equipment of the house, is the basis of the Seeking, as a concealed teleology. So long as it is projected into the “not knowing” as the ad hominem, as the opinion which is not true, where the true points to the concealed teleology.  Thus the society without contradictions in the Marxist belief system, or the End of History, etc., must become the “radical dispensation of Fate” as the Geschick.


Therefore the more subtle concealed teleology must be noticed, the Value Science, in, e.g., Scheler and Husserl. This matter, of the juxtapostion of the Value Science to something else, remained inmanifest to Scheler. Whereas Husserl spoke of the "eigen-naïvetés" of the philosophy stated as Heidegger. Husserl hear speaks like Ardent, in her parable of the trap that belonged only to Heidegger. (Stated without linguistic precision: This is perhaps due to a lack of comprehension of the independent existence of the reception, as a form of Being.) Gadamer, for instance, called this "seeking after God" (that is not simply a signal indication of Gadamer's lack of competence, but a deliberately vague characterization under the category "seeker"). Showing the opposite extreme of generalization as interpretation of the work. The reception of the Fate is like the Value science, i.e., the claim that the “complex” always pulls the knowledge forward, so that the, e.g., power dormitiva, draws the "how" of the scientific search into the realm of chemistry, which searches out the laws of that power which stands in the basis of the “what” and is to be constructed according to a systematic science of the “that”. In the reception the subtle matter of the Value Science will no longer be endured, such that the problmema (not the problem, but the motif), must ask what everything else must answer to: Can the project of Seeking be overcome? No heterotic thought seems possible, between Nietzsche and Heidegger. Then we begin to sense the tenebrous spectre of Life-Giving Lie infringe upon the suspicious philosophy called Heidegger.


Teleology means projecting into the future a purpose, I write a post in order to bring something to thought, in the descriptions here. Someone goes to the store, committed to the action of buying a loaf of bread. The things as the phenomena offer the true knowledge of the final science, that of Value. The science is discovered to be a teleological project, a action of the projecting comprehension, not of the Universe as what God created, but as the creation of the “spontaneity” of Value. A flowery water, turbulent with the spirit of command, addresses itself to the subsidiary being. At last the impression that one is a human being is dislodged, so that the teleology is challenged.


If we ponder the sense of the “taking on” of the Fate in receiving it, we can see that it is not a knowing that is wanted. The “taking on” means exactly the overcoming of perception, or comprehension, in the cleft of the subsidiary and the commander. The Archaic as the primordial sloughs off the demand to raise the Earth to the Sky, the Sky being the sight of the primordial issue. The metaphysics being the statement of what the Sky says as the essence of life, e.g., one who does not Seek is not a human says that seeking is the Metaphysical Truth of Existence. Does the uncovering of the basis lead to the Philosophy of the Ultimate, as a Lie, or as a overcoming of the Seeking? The taking on of the Fate is a reception which presupposes Being, as the place of the privileged moment of awareness when the “eyes raise”.

Posted by epistemeratio at 2:33 PM