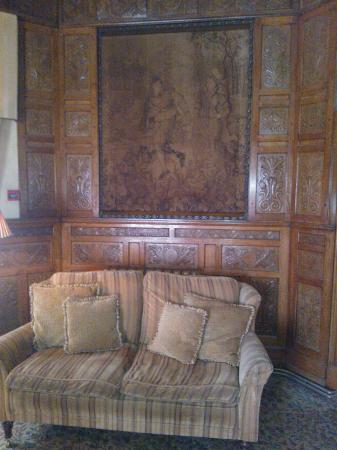 Something said about how we are thinking through what has been thought, or is thought now, by the philosophers, follows:


A recent statement of Chinese president Xi reads: “China stands on its own conditions and experience. We inherit wisdom from the Chinese civilisation, learning widely from the strengths of both east and west. We defend our way but are not rigid. We learn but do not copy from others. We formulate our own development path through continuous experimentations . . . No country should put its own way on the pedestal as the only way.”


The Genetic Circle: For instance, the ground is discovered to be now: Heidegger convinces Husserl that the phenomena are studied by Aristotle. Descartes brings the phenomena, into Existential light. The Existential position occurs only after Descartes: as the impossibility to stay with either the “there” or the “what”. Aristotle, from the “something as something” has the “power” to push things Back to the phenomena. But Husserl arrives at the phenomena through the Universal Doubt. The Fate of Thinking finds itself Being, as the inkling of Being. As the historial which Thinks the inkling.


The Philosophy of the Ultimate, or of Ultimacy, then, considered in the light of what this sentence is saying, thinks its rising place in the light of the distinction between the bourgeois and the mystical. The former does not indicate, by any means, rationality. Rationality means the ability to demonstrate through arguments, that which is True. Nor, does bourgeois indicate, an amiability or susceptibility to demonstration through argument. The latter, the mystical, does not mean the religious, taken in the highest sense, experience of what befalls man as in, e.g., the subject matter of the Hebrew Bible, or the works of Gershom Scholem. Rather it indicates the excitement of the bourgeois in the face of what excites it by going beyond its ‘normal times’. A man has his lifetime, his times.


Marxists, as it were, will and will not recognize this mystical because they do not have disposition towards the sense of what Befall indicates. In the connection with religion. Their primary notions do not include and keep this. But they know of the “excitement” of the ‘beyond’ of the ‘normal times’. As religiosity of the religious Atheist who would become pure Atheist, and Atheist (without qualification). Thus, the sense of the ‘giving meaning’ or the explanation offers them a broad inductive basis.

The Philosophy of Ultimacy is here explicated in what we are saying, through the connection to the Marxist' dialogue. To ‘overcome’ Existentialism… where what is presupposed or a more serious, i.e., more open, and less teleologically biased, reception of the ‘times’ than ‘there-ist’ Marxism. The something ‘there’ is the Realism of a Feuerbach. Where the basic ground is the ability of life to get on, it refers us to survival as a ground of the ‘labour’ and the Historial ‘complex’ of Capital. It is tendentious and wishful—unphilosophic.

The Philosphy of Ultimacy is not teetering between the normal and the exciting.


The “there” is the thing there, the sight of the property, and the “what” is the place of the “ergon” as the “active intellect's” Thought of the Value or the Capacity. The Phenomena is the Conscious as the annihilation of the Platonic psychology, and the opening of the Freuden Drive and the biological Instinct, the Nietzschean Will, and the Heideggerian Nicht Nichtet, the Nothing. The Genetic Circle Circles, but the Philosophy of Ultimacy no longer thinks the Circling, and the End of Philosophy, as a Movement. It is as though Time were overcome, or threatened with being overcome. In the bringing of the gathering of the Poetic, as what looks Back towards poiesis as the Causa of Language become the Overcoming of Logic (of Greek Laws of Thought), the philosophy called Heidegger, bows before Being, as the Times of the Fate of Being.


Posted by epistemeratio at 3:31 PM