Some peculiar concerns about Ultimacy as over and against various ways and relations. 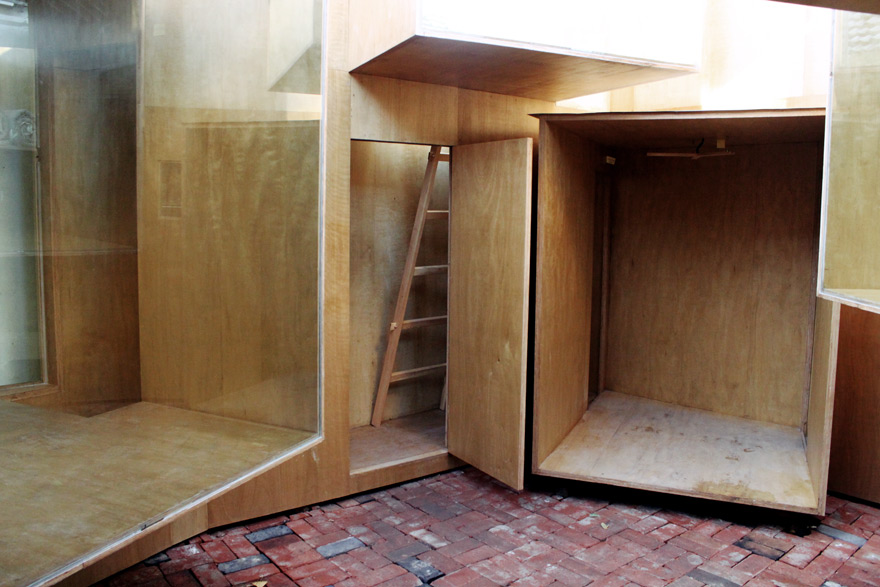 The prosaic thought is always thinking about some “advance”, some serious advance. Some evidence that its playspace is the world ground. Is the base from which everything can safely rise. Every advance is tacitly, often unconsciously, taken on as evidence of the world ground, the constant renascent assurance of a solid world ground. The attempt not to let the belief in the world ground “go away”. One must keep seeing it. In a tree, with its innumerable twisted branches at the ends, nude of leaves, stands there as a eerie part of nature. There is some of that nature. The advance is always world ground, the playspace, as a something, as some thing there. Like the winter tree. Whereas the Spielraum, but this means in the case of the prosaic thought nothing else but nature, is never quite there. Like nature, it is always hazily there, one seems to see it, but where is it?

When one follows this Nature, what on earth is it?, back to its genetic domain one begins to think of reason. But nature is not a schema, laid out like a mathematical model. As a math that secures all scientific thinking, prior even to physics. And promising to open some Social Physics, as the securing of well being for the political being, through its objective structures. But even this math is "understood", so to say, is a thing lying there for our understanding. For natural reason. Nature is not the name of a representation apart from its object. Nature is the whole out of which one finds the detail. Even mathematics is such a detail. Every detail, as data, or information, is the answer as evidence to some kind of seeking, the natural kind. In what follows we will ask what the symbol world, of magic, has to do with nature, of the world ground of technicity. The ground of the "universal gravity", where objects disconnected in space, the result of Newton's thinking, stand in one law, as the "ghost" of nature, is still in nature. Because reason, the human essence, can not be explained. Notions of modern physics don't dispense with this appearance of the whole in the thing at hand at all.


Here, in a way, we only relate one thing to another. Magic as symbol to modern science and its ground in nature as such, as though to get a new vantage. But on the other hand these are supposed to be stages like youth and age. They are supposed to connect up one being. That of history, in its assimilation of its fate. One can not here sensibly object that history is not telogical--it is not like that! Because then we would make the mistake of not noticing that any serious objection to teleology happens already with us, and must not think youth, maturity and age. The way that History has its leaps, that is unfolding in thought, as of essences, as though youth was suddenly age, and that this is not a matter just of years but of a real change. Whatever echo or rhythm reaches us, in our reflections, it is what we have in this thinking, and can not be that thinking. Such is a presupposition of the historial thinking. Only someone who became competent in this manner of regarding the basic changes in thought would be able to say anything serious about that.


In an earlier post we noticed, almost in passing, along the methodos, that phronesis has a strange connection to technicity. They both concern memory, but in inverted relation. In phronesis, which is good sense, as for instance as exemplified in Plato’ presentation of Socrates, the phronimos par excellence, what counts is remembering the path that was followed. Not that the path itself was a memory, but that the one, who in the dialogic negotiation achieved some discovery, must not let it slip away. They must remember. They themselves must remember. But in techne the memory is outside, it is an external memory. Theche has no moral content, unlike phronesis, it does not prescribe. Yet, here one is not so sure what is happening. Doesn't someone have to know how to perform whatever instructions are remembered by the memory of techne? A book that is not understood manifests no knowledge, to be sure. Somehow the being that remembers moves, circulates, around this memory. First they are inside, then outside.


How does it stand with the magic world, which we interpret as the symbol world? The symbol is not inside. Though it remembers what the human being is, when one sees it. Someone enmeshed in a controversy about a normative, wracking the brain or torn by it, is constantly inside themselves. But the symbol world is not something that proffers something to someone in order that they might fabricate whatever they like out of it. It befalls them, and fascinates them. The memory here is in the perception of the things as the door into what life must be, what it must be about, what it proffers. The symbol world of magic reminds one of the Element. It is not oriented by the directions: inside, outside. Nor by the question: Is it to be changed, or is it necessary?


The serious activity in the symbol world is maintaining the possibility of its continuance. Of a keeping of the world in manifestation of being as such. Further from this, but closer to it than to ourselves, is the idea of the civilizing heroes. The first to introduce this or that which is essential. The first to live in a house, to scan the stars and read in their book, the one who rescued fire from the brute landscape. The holding staunchly in the world that befalls one, in the lighting of the symbol in what it tells the beings there for them and their lives, what is promised or what might be. This region of the magic no longer is part of the stock of doings among human beings. Yet does it remain a necessary part of what is assimilated, what is still here, as what is? This question is like the question whether the village is different in kind, essentially different, than the city, or whether the two are only different by their measure or degree. Does it disappear, and is it utterly vanished, in the assimilation of the History of being, as the history of the thinking that is kept in language?

Husserl discovered the Element because it became necessary to abandon the anthropomorphic understanding of the problem of perception. When perception was first thought it was a neutral matter, but it became the thinking of the relativity of different beings, and then of some structure, as of a brain, over and against some nature. But when it was seen that the snake that sees, and the belly of that same snake, must have one ground, the play of the movement became evident in the setting of the tone of thinking. In the History of being as the thinking of its movements. When movement, for example, says something about a thing, it might change tonality, and speak of a musical movement. In a certain respect, even such a change is a leap, but a real leap is simply much greater. As with the age of the Enlightenment, when it leaps into the Industrial thinking, and then into the computative thought. These “leaps” are largely arbitrary in their enumeration, but if they are thought they are not. But here, though the instructions of the methodos wanted us to make a comparison, that is not what we want to think most of all. What the leaps do is show us what now is, by raising a sense of the texture of any thinking.


From out of much vagueness something guiding can always appear, though, so far, things have become only so much less simple. Whereas daily thought is simple, and each leap is aimed at daily thought. But ultimacy as the "provenance of Being" is not this or that thinking of a destiny of a world.


Posted by epistemeratio at 2:55 PM