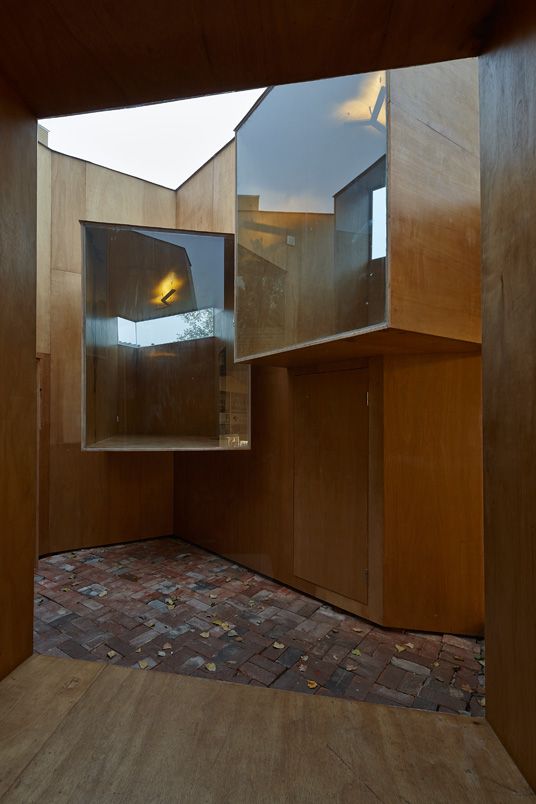 Problema will be added to our stock of guiding patterns, ideas, or concepts, alongside the experimentum and the methodos. Problema means a subject matter, taken up or admitted skillfully, by someone competent to do so, and it does not name a difficulty as such. Problema: What is thrown before without leaving us apart from it. Problema is a thing cast as though it were a surprise run backwards. The thing that suddenly dawns on one in the surprise was already there, but then it flowed into the one who was overtaken by it in their thought and feeling. But with the artistic problema, the thought and feeling is almost the reverse of unaware, if anything it is too aware of what it is facing. It is the domain of its work as what is issuing form itself as the Element. But the Element is not noticed in ordinary cases. In an extraordinary case, van Gogh, there may be a entrance into the Element. The Element is a particular form of truth. Thus it is right to consider it when we prepare to approach the boundary of the Greek notion of Aletheia. Heidegger disavowed the “truth” of this Aletheia, because it is “misleading” to consider the central phenomenon of philosophy as a part of it, alongside the positivist notion of truth as correct memory of what stands there where no assumption is put forward in connection to the thing remembered. An hypothesis, as in Newton’s famous statement, I shape no hypothesis, is a kind of assumption as a clear and distinct saying something about what is to be demonstrated.

It’s not that these two claims about truth differ, but rather, aletheia is not a claim about what always is as a law of nature. It is not rightly considered that way, because the theory of the idea in Plato plays that role. The idea is the pattern of a being thought as a feature of being, and not as a mental construct or human concept. The fact that, N.B., being is such that this kind of being can be is meant. Whereas aletheia does not really, when one plunges into it and sees what Heidegger finally did see, some kind of claim about something else. Which is to say what is closest by is the most difficult to think. It becomes senseless to speak of aletheia as truth, as though the true were some kind of help to human beings, and therefore something to seek. Plato did not "seek" truth, if seek implies a forethought path (as "cause" is forethought in the sciences even when it disappears into mathematical "function"), that is true, but he sought to, as it were, admire truth. Aletheia can not even be thought as essential. But one should traverse the methodos and bring the subject matter forward as something that can be inspected if one is to attempt to leap into it through the approach.

The essence of the human being, could as readily be defined through the ability to determine the present cast of mind through considerations about the remote future. Every human being must consider the future now, and let it seep into their cast of continence, but as Gramsci said, all human beings are intellectual, but those who exercise this capacity more become the representatives of the others. They carry back what they learn and include it as an offering amongst what is given, es gibt, what is there. Amongst the things there, is the remote future. The study of this future sets inquiry into the realm where what is now, just now, determinative, and speaks the demand of the hour, can no longer be self absorbed and perfect. If rationality, the ability to discover the true system of government, as the realm in which human beings would truly live, as the laws that arange life, can discover only how to build a nest for this bird, just now, and not for the true bird, the true human being, this that is now is cast into falsity. The fact that such considerations, "bounded" as they are, touch only very few, and the rest are satisfied with some cheap answer, could always win out. Human beings may not be able to keep to the high level of what has been discovered by the few when they looked soberly on the remote.

Health is the simplest model for the system where all the moving parts are put right, are rational. But if the being that is healthy is only this passing being, that will enjoy some other health, later on, this health is cast into dubitative distinction. In fact health is only the prerequisite for the problema of the human being. Problema means subject matter, as Monet took for a subject grainstacks in the light, grainstacks under different light at different times. It happened that his students, once they saw his technique, brought through awesome effort out of the abyss of things that have no being, proffered into the es gibt, given, that they too could bestow eyes upon the work that let it show what was most its own. And then they made the same problema their own, and their work was in many cases, the same as their master’s work. In such cases it is not the hardest thing, at least for someone with serious skill, to do what the extraordinary master has done, provided it is already brought out of the abyss. In the sciences the exact same thing is the case. The division between the sciences and everything else is illusory.

Here we deal not with time in the sense that singularly captivated Nietzsche, Nietzsche is the name of the philosophy of Time par excellence. Husserl, and Heidegger, like their forerunner Dilthey, turned their back on this region. That is the way to understand German thought. It has withdrawn in the face of the “long run” as Strauss said it. This runs parallel, in its way, to the Athenian, the Classical Greek, refusal of the psychoanalytic dimension. To a psychology of hidden motivations, as in Dostoevsky and Nietzsche, the anti-Plato in this respect. In regard to Time, perhaps Nietzsche is even more of an anti-Plato. Nietzsche is frightening to the thinker. One should not wholly forget that when one considers the argument between Nietzsche and Heidegger.

Heidegger finds what he calls time in being, being as time. But this time is the time of aletheia. What we will admit is the formula: seriousness imitates aletheia. What follows from that is that the seriousness in question is philosophy, the Early Greek Philosophy first of all. What was unknown to the Greeks, the future as radical future, nonetheless corresponds (it can be compared as something of similar importance) to the monumental thinking of space, as nous, when the thought of the whole, of all things, fills the Greek life or soul. What remains of that today is the concept of nature, not in the sense of Groys who says when nature must be defended it no longer exists, but in the sense of the sciences. Where there is talk of studying what is in the manner of natural research. This schism was not known to the Greeks, but their understanding of the whole was more profound and reflective than our own, though, or because, what they thought of as the whole was only the cave of the earth, of the disk and the vault of heaven as lighted by nous. The true sun, which showed men the true earth, under true stars as Kant, so much later, still would reach for. What is decisive according to the trajectory of the methodos, in this phase, is guidance towards, and concerning aletheia. We do not say the concept of aletheia. That should be clear, a concept is a human consideration. A pattern that could be useful. An ideal type or some other such device for political purposes.
Posted by epistemeratio at 4:47 PM