Contributions to the raised question about Magic 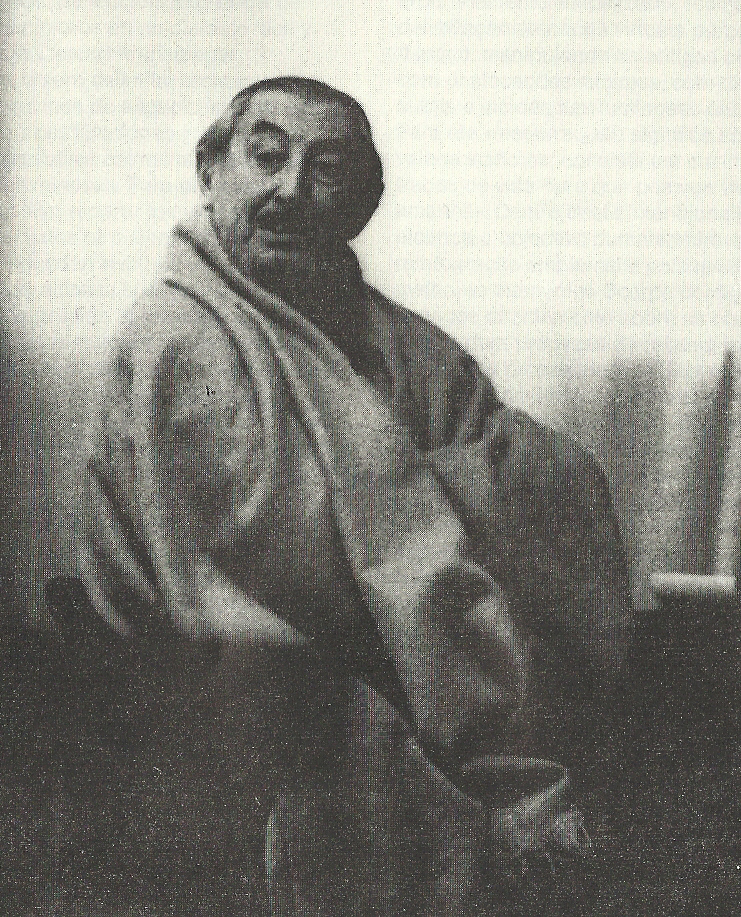 In what follows we will attempt to answer, or to take the first tentative and premonitory steps towards answering, the question: What is magic? One, who already knows something about modern thought, might ask, why we do not attempt to leap into the question, rather than merely answering it. The methodos itself, in the form of these sentences we now pass our eyes over, is asking that. Even when it does not ask that overtly. It seems necessary to make all kinds of ostensible comprimises with the desire for directness, but so far we can do no better.

At first we ask a logical question, a question where one thing is set out beside another, and in that way determined or given a limit so that if it were to pass that limit it would become contradictory. If there is no magic in the modern thought, it means the same thing as what we say when we say, here, on this table, there is no spoon. It means something isn’t there. That is the way that nullification, as not being there, teaches us what it is. Through such cases of not being available. That is the way not being there teaches us empirically, roughly, what it says. But in the laws of thought, the Classical logic, wants to strictly forbid the calculation of the deprivation implied by knowing about the thing that is nullified. That we must know in some way what magic is if we enumerate its absence in this or that era of human life. Not all logics are the Greek logic, but all logics deal with something more than rough facts, thus with reflective activity. What we want to ask is if magic is a reflective activity, so first we need to know what that is.

Heisenberg says: “ Immediate experience teaches that the earth is at rest and that the sun goes around it.”

This is what we know prior to reflective activity.


“Only if we reflect upon the concepts of “motion” and “rest,” and realize that motion implies a statement about the relationship between at least two bodies, can we reverse the relationship, making the sun the still center of the planetary system, and thereby obtaining a far simpler and more unified picture of the solar system, whose explanatory power was later fully recognized by Newton.”

Here we learn of the result of a specific reflective act. Someone seeking “explanatory power” of a kind, namely Newton, crouches over this reflection due to the kind of seeking. The reflection is chosen because of a maner of seeking, and every manner of seeking implies, if it is thought through, a project. In this case mathematically modeling motion, in such a way that if the model is treated as part of the system of nature something like a Platonic, allowing that Plato is variously understood, naturalization of modern maths results.

“The knowledge, which is at the start or immediately our object, can be nothing else than just that which is immediate knowledge, knowledge of the immediate, of what is.“


Here we have not yet reflected, but only intuited. We have, e.g., seen. Hegel says of this kind of knowing:


“ It merely says regarding what it knows: it is; and its truth contains solely the being of the fact it knows.”

This is the older meaning of the empirical. Plato calls this realm both reliable, and mere sight. For the Greeks, the mere sight of the night sky was the sight of the dome which literally made a cave of the flat disc earth. Modern humans see, immediately, something totally different, space. With the implication of bottomlessness.

Hegel says: “we find in all cases the fundamental difference – viz. that in sense-experience pure being at once breaks up into the two “thises”, as we have called them, one this as I, and one as object. When we reflect on this distinction, it is seen that neither the one nor the other is merely immediate, merely is in sense-certainty, but is at the same time mediated: I have the certainty through the other, viz. through the actual fact; and this, again, exists in that certainty through an other, viz. through the I.”

The sense of one’s self, like that of a thing, is immediate. But in reflection, through reflection, it can be understood as an act of primordial reflection. Because the self in its limit, in the natural form of saying, I, myself, as in the sentence, I see an ornate pediment, full of delicate high-relief, is supposed to be determined by the pediment and its rather-fine workmanship.

This analysis does not occur with the ethnos, what runs in the blood of all analysis is disenchantment. Analysis, reflection with a kind of scrutiny, is always a analysing away of what is imbued by what is there prior to the specific reflection. The distinction between a thing and a mind is highlighted so as to force the question about the human imagination and the discoveries of the whole, which is also called all things. This distinction is understood by all human beings, but it is seldom determined by preoccupied reflection in the manner of a philosophy, as a being led by the suggestion or captivation of debate with each other and with ourself.

The magic is already a logic, because it reflects, but it is no Greek or Classical logic. In what tonality does the sentence, just prior to this one, speak? Does it allow us everything we have included in the methodos, and so take us in and out of a logic of strict inference which is either removed from the word, formal, or connected via the bridge of the premise? Is thinking, that of a thinker, always reflection? In the same way that the concrete reflection is supposed by Hegel, about the natural I, rather than the ego, and the thing there, as in the example of the pediment, thinking is supposed to exist back in the immediate. For example when we suppose the juxtaposition of the Greek darkling world, and the modern night that never parts company with the city lights and the interstellar space.

It is not here the place to consider a discussion concerning a relativism, and whether one thinking is better than another. But instead what we are suggesting, in the argument, which is not a thinking, is that this which one is convinced of out of the immediate region of reliance emanates from specific cognition, and this is what Heidegger called religion, as in the religion of science, as the modern science.

Is magic a religion? At first we want to determine religion by distancing ourselves from that thinking that has no nuance, the common political attitude. Always too much sophistication threatens thought, in each additional complexity, there is more care required, more strictness and exactitude, but what is simple is that some nuance must be brought to the work, rather than none, as is almost universal. Religion must not just say, everything that isn't science, that is an explanatory body of doctrine and a tradition. The incongruity of a judgment which senses the immediate experience of, e.g., the fourth century Manichean pilgrim, with the concept of the generic religion, is always absurd and has nothing to do with concrete reality. There is no generic religion except under the definition of the religion of science (not merely scientism, or something superficial), in its immediate faith.

But the sense in which we ask, is magic a religion, is connected to the view, of the immediate experience of the thinkers, that all religion, such as science, is tied to a cognitive armament, which makes some form of nature nature, which brings forth some manner of being as the immediate as a “seriousness”. Being as the immediate is then a name from the thinking, when it asks about leaps, in the Lebensraum or “play”. The specific form of seriousness when the play is thought, is the path as the methodos. If one asks a Rabbi about Christ, they will say, that is someone who took the wrong path, or who went the wrong way. But how is the methodos different from a path where one is to take one's steps, in order to walk along with a certain way? As determined by a tradition which proscribes all the wrong ways?

Dostoevsky, in his journalistic activity, which led nobody to the boredom of modern Journalism, mentions still, one emphasizes, in the 19th century, a story about two men in a train car who argue whether or not the law includes everything that one can do, or whether it sums up what can not be done and leaves the rest open. So the Liberal view, of the openness beyond the prohibition of the path of Justice, which is so obvious in the West today, changes and takes on other dimensions in history. The liberal view sees the steps of the law as walls, where beyond them is openness. Whereas the older view, prior to the view of Rights and Social Contracts, proscribes what is outside the way. This is not unimportant to the thinking of the methodos, but the methodos itself, comes in by way of experimentum but begins to act as a tradition that trains the thinker to find leaps under a powerful tendentiousness that grinds, in this case, “seriousness imitates play” into the thinker of the methodos. But here we want to know how magic stands, and how we could begin thinking magic essentially, or better, magically. But since we don’t know the right tonality we can only hope to investigate the border regions, hoping to stumble into a point where a leap can occur. In this attitude we will take up a supposed hermeneutic circle, by giving an example out of Eliade in the next post. But we should remember that the example, and the manner that the noetical activity essences, so to say, around what is envisioned by the example, are not themselves the tonality. Only a leap brings thinking into another key. This was always so, according to the thinkers, but everything depends on knowing that, looking to it, bringing it forth, whereas before it so happened in the murk of everything that does not enter into the Fate of History.

Posted by epistemeratio at 12:29 PM