Sidereal Thoughts on the Essence of the Ethnos 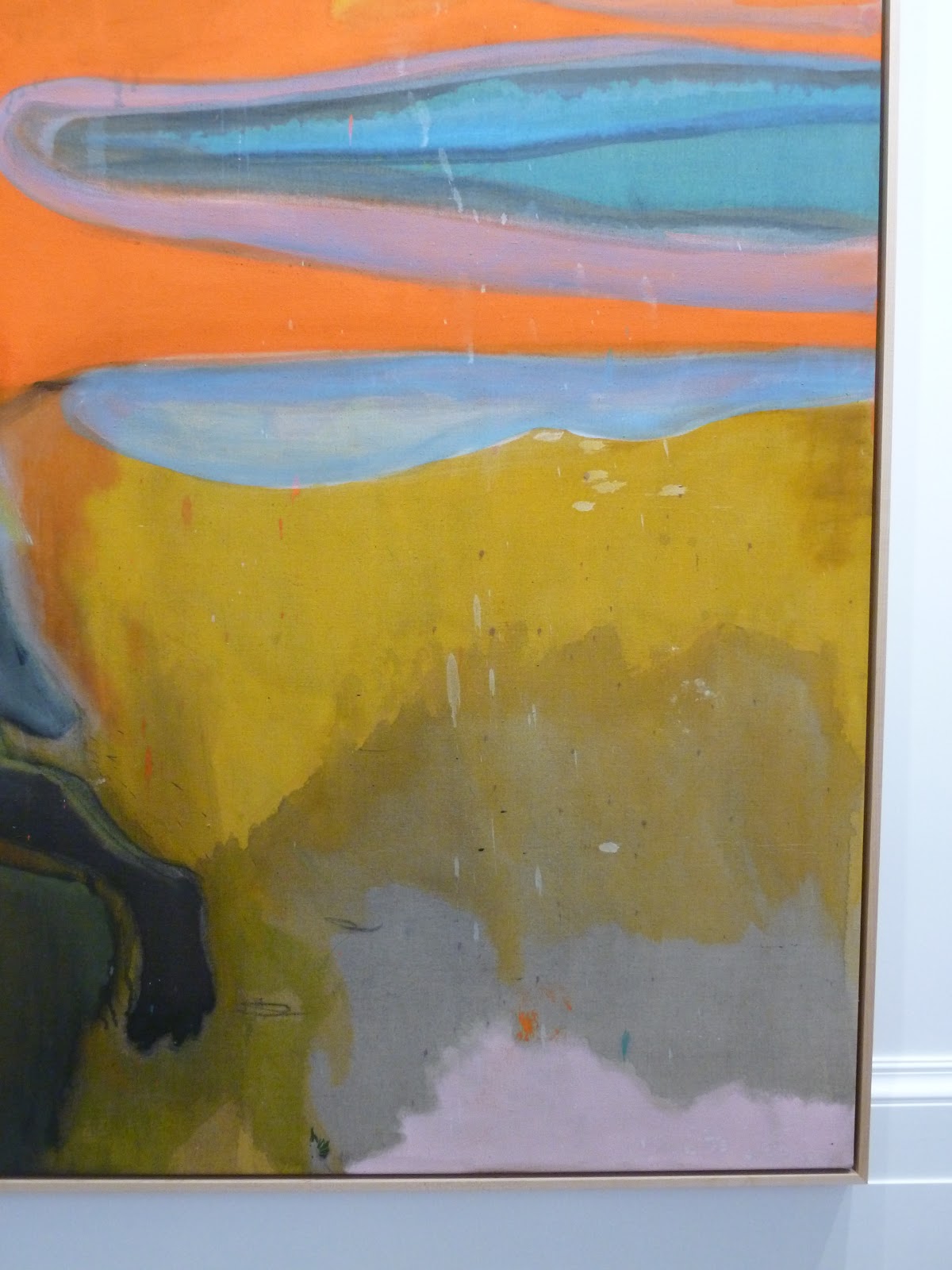 The main thoughts on the essence of the ethnos concern magic and aletheia. Magic under, e.g., the thinking of Mircea Eliade. Aletheia under the German thought, as represented by Martin Heidegger amongst others. The two, magic and aletheia, present interpretations of the same basic region. Here I am going to present another trajectory, that of Huizinga. Not in order to contest the other thinkings of the essence of the ethnos, but in order to prepare a thinking of that same thought, i.e., to show ethnos under another thinking, and then under the deepened thinking, after the region in which the ethnos is to be found, qua ethnos, is brought to light. In this thinking, however, we must remain open to the actual raising of that essence, and not only think we make a preliminary feint with a view to some other road.

If one path is compared to another we aim to achieve a better view of the matter through the contrast. If a great dramatist, e.g., Eugene Ionesco is compared and set beside another, Ibsen, it is not in order to show the superiority of the one to the other, but to see the incomparable in the light of the incomparable. Yet, with respect to the essence of the ethnos, we can not speak of a great interpretation and another. But one looks to grasp the essence out of the error of the interpretation that misses the mark. Herein one suggests truth, yet truth is what always is according to the older thinking, and here it does not name that. One of the beings in the void of transformations is the ethnos, and we see what now, just now, is its essence. We look with a view to see that.


Under the rubric “homo ludens” all human things are explicated as play. The horizon of the ethnos is play. In speaking of the ethnos, as we have alluded in our last post, we already speak of the origin of the human being. In speaking of the human being we are already speaking of something that is not evident, of a origin qua origin. Human being, in this light, does not mean the biological concept of the human being, as the organism, the biological organs, the cells of the body and the biomatter in all its myriad diversity. It does not mean the theological concept of the creature, as the creature made by God the creator. It does not mean the political human, as the subject of sovereignty, or the legal person. Thus in saying human we bring ourselves into a strange region, that of the ethnos as play.

When the theorist Agamben states his rubric “homo sacer” he states the thought of Schmitt. We are attempting to say what “play” means by criticising the idea of Schmitt. We want to speak about play, and not that which is the concrete opposition of a concrete matter, under Schmitt's guidance. Schmitt claims to analyse the concept of the political, and the theological centre of the ethnos which he understands as the political. Homo sacer, sacred man, is thought as the seriousness of the political in the light of the sovereignty. The question of sovereignty alludes to the sovereigns, kings, in their self justification under the pressure of the nobility and the jurists. The Star Chamber is a falsified hermetic chamber, whereby justice is meant to elude the powers of sovereignty in their lower instantiations, under the attempts to usurp sovereignty made by men of lower stature than the sovereign. The sovereign supposes access to the outside. To nature, to the seriousness of life and death properly and truly. The friend is thought as the “play” companion, the “enemy” as the alien. The ethnos is thereby thought under a strange thinking, that of the political. For the ethnos, under this thinking, the alien is the enemy, and the play happens only in the friendly space. As with the notion of the neighbor to which one shows love. The seriousness of the alien and the enemy precludes such play. Physical killing is possible, thus it demarks the seriousness in the sphere of its being.

This notion of play is defective and fatal to the idea of ethnos, because it is not a origin, but a drawing back from a limit state. It is a negative and defective state, which does not speak out of the centre of gravity. The play must not be, then, the conception of Huizinga, of the puppy that simulates aggression, as the playful seriousness. And in reference to the seriousness itself. The seriousness itself would thereby be thought as greater, as bounding.

Here we are making an experimentum in thought, whereby we strike out and look at what thought comes to see. What exotic findings thought comes across. We speak then of the experience of thought, in its paths. Experimentum is contra experiment. The experiment is the deliberate presentation of something artificially constructed, the test to see if two things fall at the same rate in a vacuum. I.e., the test under odd conditions which perhaps never occur without the thought stemming from the experimenter. The contrivance. In the experimentum we rather have a view to experiences which offer themselves to one who goes out along a path without contriving everything under a particular principle in advance. Yet, true, we speak here of the essence of the ethnos, and that we seek.

What would it actually mean if play were not thought in connection to the serious, but in its own right as origin? Aristotle makes a comment that seems in some way connected. When he points to the human being as the place of the widest emotional possibility. The most human thing is the height and the lowliness which seems to go in every direction beyond the so-called animal. Is the animal at all the measure of man? In the example the puppy, an animal, one might have given the example of a wild animal, plays. So the play is seen not as specific to the ethnos or the human. The political is even the natural, the place of the animal as seriousness, and not as playful animal. The play is supposed to be connected to the law of interpretation, of interpretation as the province of sovereign as the possessor of the last say on the seriousness. Yet, surely, the puppy does not grow into a sovereign, nor does it take utter charge over laws. How can the law, the command over law, over interpretation of the law, be this seriousness? That of the supposed outside where the enemy and the alien other dwell?


The play is more powerful, and primary to the supposed seriousness. As it commands through interpretation, through mere play. And yet is this play? As it was previously thought, or does it now announce itself in a new way. It no longer starts with a simulation of the real stuff, of life and death, rather the reverse is the case. The play is the ground from which the life and death take on its basic being. How does it happen that in the ethnos we sight an alien, an outside that properly does not exist. Only if we analysis from an extrinsic ground, from the culture.

Culture already names something outside the ethnos. That is, anyone who speaks of culture is outside the ethnos. Culture is already multicultural. Culture already presupposes that the ethnos does not exist, except as the concept from which the rest emerges. The outsider, as the barbarian or in colonial times the savage, is the one behind the polis or the country. But, following Dugin, we say, for the ethnos there is nothing outside. The one outside is a myth, yet the ethnos knows that those spirits and strangers from time to time come into the space of the ethnos. How does it happen that we try to think the ethnos as play, yet we are not already understanding the ethnos except artificially? From a distant stance? We attempt to enter this ground precisely by thinking play, play as the origin of ethnos.

The “ideological state apparatus” as the phrase of Althusser had it, is the sight of such play. Thus the play is already also here now. The so called life of the symbols is supposed to be this play. But soon we must lose our way in this, because we do not first understand whether or not something has happened in passing away of the earlier forms of the ethnos and polis and the state/society and now in the culture. Did the play fly out of the hands of the beings that become through the play what they are? What is play? Wittgenstein speaks of the game.

Herein we have showed only one thing which helps our understanding, the play commands the serious. And not the other way around. Thereby one must abandon the thought of Schmitt. Schmitt does not understand the basic ground of being as what is playful. We must prepare to think the essence of the ethnos as magic and aletheia. Everything depends on revealing an original track towards this originality or power. Our path now thinks in the presentation of play as that from which seriousness, as nature, flows. We must see then, in approaching magic and aletheia, that seriousness imitates play. The sovereign is in the act of dispensing the truth of play, as from the bubbling up of the presentation of the gods. The work of thought, thereby, returns to its own work, and not ours. Something is meant to work on its own, but we set it upon its work by taking it in hand.


Posted by epistemeratio at 1:11 PM