Preparatory Considerations for Thought of the Ethnos 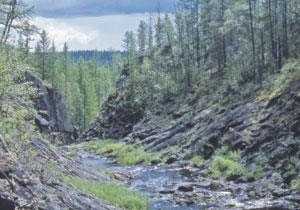 Even though we can not begin our inquiry into the ethnos, since it is not yet prepared, we can nonetheless start in an elementary way. On a higher level one should wish to think the ethnos qua ethnos, but does one even have a slight intimation of this matter? I intend first to make some comments which would allow our aproach to escape total slapdash treatment, and to reach a more pertinent possibility to think this matter, which is perhaps a great matter.

Plato and Aristotle differed with respect to their consideration of the ethnos. Plato held that the ethnos was qualitatively contiguous with the polis. A remark is necessary. What is the polis? It is widely translated city state. Yet, is Melborne, Australia a polis? Certainly not. Is it not a polis only because it is not a center of government, or not for some time? In fact it is up in the air what the polis was. And the term city does not mean city, but something else. A mystery. Yet, what does one know? The polis is a place where the politeia, the regime, changes. The polis is the description which takes us to the site of the political. Regime means Nazi and not Weimar. I.e., the law, including the constitution might remain the same, but the regime or politeia is transformed. Within the void of transformation something passes away, according to a revolution, a turning. The stars revolve in the heavens as it is said in the title of the work by Nicolaus Copernicus, De revolutionibus orbium coelestium (the example is lifted from Strauss and herin we borrow liberally from that authority aiming to touch on a new subject matter, the ethnos).

The polis is the country in this sense: It is neither the society nor is it the government. At the same time it is the culture. Plato held that the polis was like the ethnos, only larger. Whereas Aristotle that the ethnos was essentially something else. When the ethnos becomes the polis philosophy first becomes possible, it may not raise its head, but in such conditions it becomes possible. But for the ethnos there is no philosophy. The Marxists say, first labour than philosophy. This is the labour of agriculture and the organized forms know in the polis. It is difficult in a small community to meet the right people, to find the right leisure, to hone one’s attention, to be freed up for philosophy.

Now, when we think the ethnos we must already be prepared, and as yet we are not at all prepared. Considerable studies of this matter have been carried out by competent people already, but we must approach the thinking of this subject matter. The matter has been prepared empirically by anthropologists under the conceptual theory of the culture. What is the culture? (Ostensibly, it is that that is more than the society and the state, yet this brings us to the sight of anachronistic folly, which however, one fears, can not be stemmed.) We have already identified it with the country and the polis, and so, not with the ethnos. Though Plato says the ethnos is not essentially different from the culture, the polis the country. Plato knew nothing of culture or even, one may risk saying, the country. He knew of the polis. Already Cicero found that only with great difficulty could this polis be reshaped to fit the Roman situation. Is the ethnos only a smaller polis?

The polis, if it must be the place of political revolutions, as defined above, is the political place par excellence. It first brings the destruction of the ethnos in this form, it may have been destroyed in other forms, but this form is the dissention between the polis and the regime. One’s own is the country or polis, but the current regime is not one’s own. One's own child may be beastly, but it is one’s own. This split suggests the distinction between the discovered truth, the stuff of philosophy, what's uncovered, and what already is. The aletheia, the work of thought, discovers the thing that is not one’s own. Almost a regime, but not like and ordinary regime, something hollowed out and found and it is perhaps strike away from one’s own. But does not the ethnos already have difficulties, is the ethnos philosophical, is it prior to aletheia? The raising of the ground between the traditional things, the life that is bolted into the soil, man like the movement of the stars, like the wildebeest crossing the river and the things that are everywhere seasonal and sturdy, and the things that are deliberately against these things. However this is not philosophy at all, but only its superficial image.

One looks at this polis through the lense of the discussion between the ancien regime and the Enlightened revolutions. Tradition, the use of tradition as the venerable and the legitimating things as the things that reason attacks. That is a moment in modern history. Later, a moment latter, reason won and found its limit, and soon became ideology and irrationality. Its work was over. But now when we look back we want to see philosophy, and not a modern problem, visible everywhere is Plato, but has a seduction, a fata morgana. What is alethia really? It is the coming to the awareness of the new experience, in the essence of life, and the putting it into the inclusion of the language of the philosopher. Something is placed into the keeping of language and soon falls into the hands of others who are impossible, who can not take them in hand responsibly. Even now it is not clear what philosophy is, or what sphere of skill it belongs, because it is very uncommon, and few are drawn towards it. Though everyone knows of the things taken up in mere words by the professors of philosophy, who are called philosophers. Those who call them so seem to exist in some form beyond the polis, far beyond it.

Aristotle said that the ethnos is qualitatively different from the polis. It is not just a larger ethnos. He thought of the gathering of ratio, in the tame being. When Schmidt speaks of the political, does he not skip a step? For he begins with the dying country, which has become the society and the state, the polis that has gone beyond the polis, and he leaps at once to the animal. The human, the bellicist, the belligerent beast, the war animal. But what is meant is more. The animal is in constant seriousness, it is at threat of death. It has no assurances. The animal thought as animal, as the seriousness of nature. But is the ethnos like that? Therefore we have a question about a ontological gravity. Aristotle finds the true gravity in the polis, the rational animal. It is the place where man first raises his head according to Aristotle. One recalls this question which is very broad: Is the human according to the biological origin or the origin thought by physics, or is it according to the thought of Christianity from the one God, or is it according to the philosophers to be found at the moment of the raising of the head? One might develop other questions of the human. The scientific is that that says man and stone, the inorganic and the organic are the same on deeper inspection. The ancients never said that, despite the many valid reasons to compare the mathematical corpuscularism to them understanding a combination of already known ideas with a certain original conception of the experiment in modern science.

We may ask about the ethnos within the sight of this consideration with understanding of a region of questioning which concerns origin. One has the account that shows the ethnos as prior, but everything depends on its being thought through so that one can see how it stands. Because the arguments of the accounts of the ethnos, as foundation are not intrinsically superior to other arguments concerning beginnings of this ground, of being, ultimately of being.

If the ethnos is thought as the origin, it means not the animal, but (cf. Dugin) we might think of the concept of play, of homo ludens, playful man. It is difficult to know how to think this, since Schmidt brings out the seriousness of the animal, but does the animal first arise on the basis of the play of the playful being? The ethnos? How can play be play, if it is only the restraint on the serious? If it is only the puppy and not the canine that bears its wolf teeth? How can what is orginal be something ostensibly smaller, less serious? How can law, the regime, and the polis spring from what is more orginary, and not as they held themselves to, from nature with its division between the charismatic word and the hard stone? This is only a report pertaining to these matters, and so we must not take it that any trail is yet properly underway. One might perhaps think here of the possibility of the path that would lead to a more revealing thinking, by thinking towards the origin as origin of ethnos.
Posted by epistemeratio at 5:50 PM