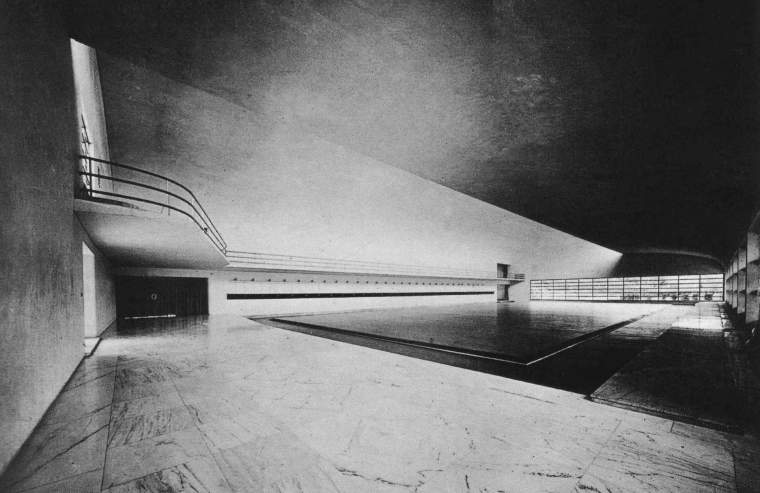 
The Historial as Political Religion

The sense that senses the philosophical is not known. The philosophically unmusical, to adapt a phrase of Max Weber, know nothing of it. When someone has a sense that something stupid has been said, or that something tasteless has happened, or that an offense to public decency has occurred, this is not one of the five senses that control observation according to the notion of sense data. Such distinctions belong to the mysterious sway of common prejudice, in so far as the fact is determined out of the holding sway of history. When the fact means the thing under the authority of the scientific expert it is defined de facto. Whatever is left over is the subjective. This distinction has no security, it only holds because it does. The ‘philosophic zombie’ is supposed to belong to the expert, and the man in the street, to defend against the expert, must appeal to the notion of competence, an extra-scientific confidence. The political nature of the British discussion of consciousness arises from this difficulty. Someone who is obviously conscious, awake, not unconscious or knocked out, still might not be conscious. This artificiality, the question, is the one who is conscious ‘there’, means the same thing as, is there something that survives the ‘philosophical zombie’ that belongs to the scientific expert, does something go beyond the objective and get a say in the evaluating of things, even without being an expert?  These problems have no philosophic content, but if we notice the way they work, we can lead ourselves to the essence of the historial, because the basis of this movement, the de facto movement, is the demand of reason to bring the things, the facts, over to this objectivity. The objectivity means, the range of possible opinions that obtains at LSE, Harvard, Yale and a few other institutions, becomes, the range of non-subjective possibility. The rest is illusion, subjectivity. The subjectivity can not defend itself infinitely under the principle of liberality established by J.S.Mill, that it doesn't matter what they say, since it has no effect. Rather, whatever goes beyond the objective normative, beyond what is rendered to science and technocracy, becomes organic illness, disease. The well-known sayings of Nietzsche have seen this, the voluntary surrender of man as man to the ‘philisophic zombie’ that must be rendered to the expert. The aristos, the best, who were supposed to be those who learned, due to the possibility of all citizens in modern times to learn, never available in the past, becomes democracy, not as universal aristocracy, as the plenum of the best, or well educated, but as those who have been sold the franchise of the range of the objectively normal.


The universities replace the ecclesiastical rule, but only the peak universities determine the possibility of the objective which emanates from their power to sell the franchise of their curriculum to all institutions. The situation is not one of exploitation, because the ocean river of the historial is not asking these beings whether or not they wish to be used as agents, it is not Faustian, it is not bargain.


What does Thinking Aim at?


First to see, by looking at the thought, what it means to say that language speaks. Nietzsche says, when he thinks the ‘life-giving lie’, language is the tool of the animal that can blush, ‘the clever beast that invented knowing’. He doesn't want to say that is true, but only that when one wants to be that animal one thinks oneself in charge of the language. Aristotle already knew that some language pleases, thus the tragedy is not some kind of story, but it is a kind of language. Language can bring memorably-magic thought to das Man, and to ourselves. Certain language, viewed only from outside, is more efficacious, and from within, more beguiling. Language moves inside the beings, but those who speak of ‘torturing language’ are children. And understand nothing of what is shown in Heidegger. That slogan, concerning torture, is one species of the art of sophistry, which rises up at the sight of the specious movement of the cleverness. Heidegger says, language is the house of Being. But to see this means, that we understand that we have understood something that we think through as we think it. We look at the word see, and we look at what it is supposed to see. Not the rain, not the greenery that passes over a winding path, not the concept of virtue which Socrates denies to know in the Platonic dialogue called the Meno. What is the region where language talks to us, the question is not an enigma, it wants to direct the thinker to see the language as it speaks. The thought mentioned is literal, but the literality is odd and weird to ordinary Dasein. Because we are used to looking outside for the pressure that forces us to move, for the concern that compels us because we are exposed to it. Namely to the objects, the things that either readily come to help us, as we grasp them, or oppose us as we trouble ourselves, perched amidst a difficulty, caused by the outside. This is not to determine the language as inside, unlike the things, but somehow our cognition gets run down by the demands of the language.


In the book on the principle of reason we see the demand of reason, what it compels from thought, we don’t know what it means for reason to compel thought, but we try to see. But language, what the situation of this house of Being is, that is something that is greater, and what it actually means remains an unknown country that puzzles. The constant lack of force in thought flees in the face of the possibility to see what is yet unseen. It wants to be rescued by the scientific religion, the objectivity, which is the province of the expert or technocrat. It does not want to force thought to think, but it wants to hand over to reason and to language what these alien things demand.

I say, in the title, above, “mostly superficial” and mean: Here we seldom direct thought with sufficient force to show the way to think through what is given in the labels and slogans. What would puzzle in the groundless movement of the grounding, of thought as thought, is constantly diverted by the sinister movement of the nonsense of the religion, that emanates not from thought but from the demands of reason as the reason that now holds sway.  The ocean river, the historial, the pan-oceanic, when it is seen, is like the unknown country that wants to hide from thought. So long as thought is under the spell of this unconscious, it is the slave of these forces.
Posted by epistemeratio at 1:52 PM